Casablanca in Casablanca (Casablanca-Settat) with it's 3,144,909 citizens is a place in Morocco about 53 mi (or 86 km) south-west of Rabat, the country's capital city.

Current time in Casablanca is now 10:08 PM (Tuesday). The local timezone is named Africa / Casablanca with an UTC offset of one hour. We know of 8 airports near Casablanca, of which one is a larger airport. The closest airport in Morocco is Anfa Airport in a distance of 4 mi (or 6 km), South-West. Besides the airports, there are other travel options available (check left side).

There is one Unesco world heritage site nearby. It's Portuguese City of Mazagan (El Jadida) in a distance of 24 mi (or 38 km), South. Also, if you like playing golf, there are a few options in driving distance. If you need a hotel, we compiled a list of available hotels close to the map centre further down the page.

While being here, you might want to pay a visit to some of the following locations: Tit Mellil, Bouskoura, Mediouna, Dar Bouazza and Mohammedia. To further explore this place, just scroll down and browse the available info.

THE SEVEN HOTEL AND SPA 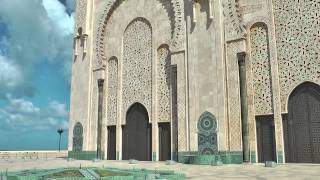 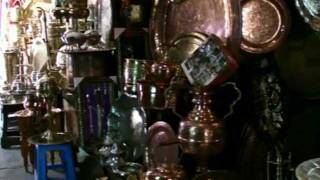 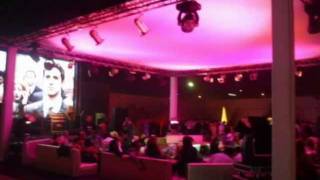 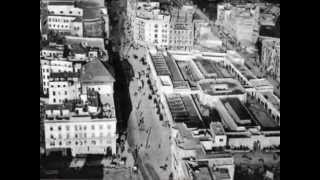 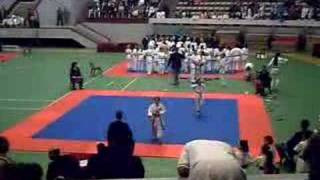 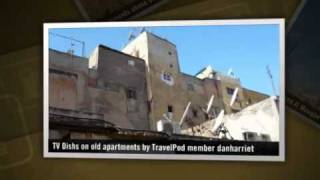 Preview of Danharriet's blog at TravelPod. Read the full blog here: http://www.travelpod.com/travel-blog-entries/danharriet/2/1247687759/tpod.html This blog preview was made by TravelPod... 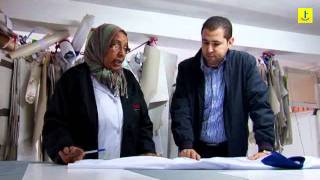 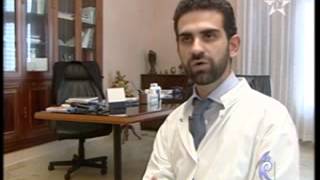 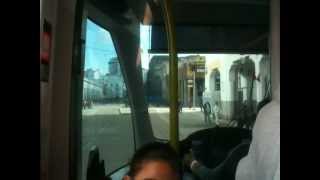 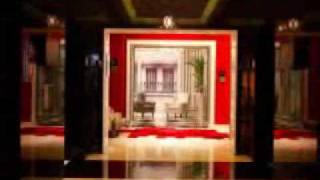 Lycée Lyautey is a French Lycée belonging to the French Mission in Casablanca, Morocco. It was named after Marshal Louis Hubert Gonzalve Lyautey who was the Resident General in Morocco from 1912 to 1925. Lycée Lyautey is not only the most multicultural but also the most competitive school in Morocco. The Lycée has a very strong reputation; 96.51% of the class of 2008 passed the baccalauréat général (L, ES and S) whereas the French national average success rate was around 83.3%.

Salle Mohamed V is an indoor sporting arena located in Casablanca, Morocco. The capacity of the arena is 12,000 people.

The Port of Casablanca refers to the collective facilities and terminals that conduct maritime trade handling functions in Casablanca's harbours and which handle Casablanca's shipping. The port is located at {{#invoke:Coordinates|coord}}{{#coordinates:33|36|N|7|37|W|region:MA_type:city(3500000)|| |primary |name= }} near Hassan II Mosque.

Located at 33.6, -7.61667 (Lat. / Lng.), about 1 miles away.
Wikipedia Article
Casablanca, Ports and harbours of Morocco, Transport in Morocco, Economy of Morocco, 1906 establishments in Morocco, Grand Casablanca

Casablanca Cathedral (French: Eglise Sacré-Cœur de Casablanca), church of the Sacred Heart of Jesus, is a former Roman Catholic church located in Casablanca, Morocco. It was built in 1930. It ceased its religious function in 1956, after the independence of Morocco, and became a cultural centre which is open to visitors. The church was designed by French architect Paul Tournon, using the Neo-Gothic style.

The Grand Prix Hassan II is an annual tennis tournament on the ATP Tour and is currently part of the ATP World Tour 250 series. The event is held annually at the Complexe Al Amal in Casablanca, Morocco, and is played on clay courts. Between 1986 and 1989 it was part of the Challenger Series.

The Complexe Al Amal is a tennis complex in Casablanca, Morocco. The complex is the host of the annual ATP Tour stop, the Grand Prix Hassan II. The stadium court has a capacity of 5,500 people.

Stade Larbi Benbarek, originally known as Stade Philippe, is a multi-purpose stadium in Casablanca, Morocco. It is mainly used mostly for football matches and hosted the home matches of Wydad Casablanca of the Botola until the Stade Mohamed V opened. The stadium has a capacity of 20,000 spectators. It is named after Larbi Benbarek.

These districts belong to Casablanca.

These are districts that are close by, but belong to a different city than Casablanca.

These are some bigger and more relevant cities in the wider vivinity of Casablanca.