Rabat
in Rabat of Rabat-Salé-Kénitra, Morocco

Safety Score: 3,0 of 5.0 based on data from 9 authorites. Meaning we advice caution when travelling to Morocco.

Rabat in Rabat (Rabat-Salé-Kénitra) with it's 1,655,753 habitants is located in Morocco. It's the capital of this country.

Current time in Rabat is now 07:55 AM (Friday). The local timezone is named Africa / Casablanca with an UTC offset of one hour. We know of 8 airports close to Rabat, of which one is a larger airport. The closest airport in Morocco is Rabat-Salé Airport in a distance of 5 mi (or 9 km), North-East. Besides the airports, there are other travel options available (check left side).

There are two Unesco world heritage sites nearby. The closest heritage site in Morocco is Portuguese City of Mazagan (El Jadida) in a distance of 65 mi (or 104 km), South-West. Also, if you like playing golf, there are some options within driving distance. If you need a hotel, we compiled a list of available hotels close to the map centre further down the page.

While being here, you might want to pay a visit to some of the following locations: Temara, Skhirate, Kenitra, Bouznika and Tiflet. To further explore this place, just scroll down and browse the available info. 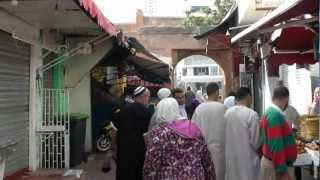 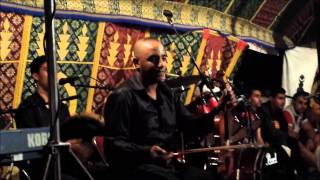 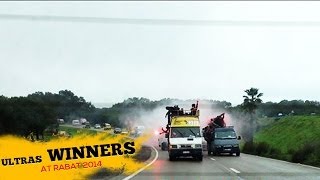 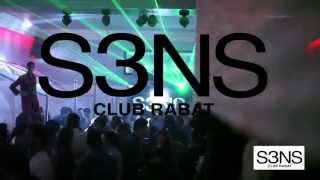 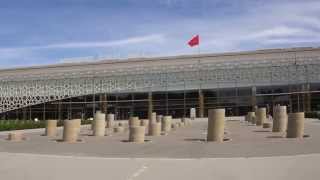 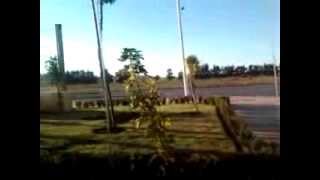 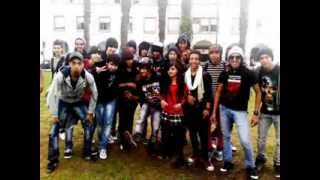 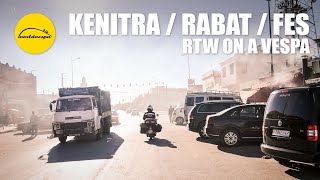 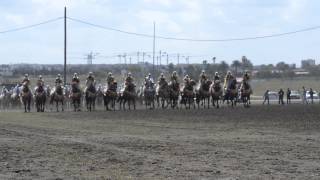 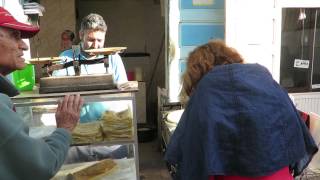 Rabat, is the capital and third largest city of the Kingdom of Morocco with a population of approximately 1 million (2012). It is also the capital of the Rabat-Salé-Zemmour-Zaer region. The city is located on the Atlantic Ocean at the mouth of the river Bou Regreg. On the facing shore of the river lies Salé, the city's main commuter town. Together with Temara the cities account for a combined metropolitan population of 1.8 million.

The Bank Al-Maghrib is the central bank of the Kingdom of Morocco. It was founded in 1959, and is based in Rabat. It holds reserves of foreign currency with an estimated worth of USD 36 billion (2008 worth). In addition to currency management, the Bank Al-Maghrib also supervises a number of privatized banks supplying retail services. The Bank is a member of the Alliance for Financial Inclusion and active in promoting financial inclusion policy.

Hassan Tower or Tour Hassan is the minaret of an incomplete mosque in Rabat, Morocco. Begun in 1195, the tower was intended to be the largest minaret in the world along with the mosque, also intended to be the world's largest. In 1199, Sultan Yacoub al-Mansour died and construction on the mosque stopped. The tower only reached 44 m (140 ft), about half of its intended 86 m (260 ft) height.

Chellah, or Sala Colonia is a necropolis and complex of ancient Roman Mauretania Tingitana and medieval ruins at the outskirts of Rabat, Morocco. First spot of Salé, this latter was completed towards the north of the river. It is the most ancient human settlement on the mouth of the Bou Regreg River.

The Mausoleum of Mohammed V is a historical building located on the opposite side of the Hassan Tower on the Yacoub al-Mansour esplanade in Rabat, Morocco. It contains the tombs of the Moroccan king and his two sons, late King Hassan II and Prince Abdallah. The building is considered a masterpiece of modern Alaouite dynasty architecture, with its white silhouette, topped by a typical green tiled roof, green being the color of Islam.

The House of Councillors (Majlis al-Mustasharin) is the upper house of the Parliament of Morocco and has 270 members, elected for a nine-year term, elected by local councils (162 seats), professional chambers (91 seats) and wage-earners (27 seats). The 2011 Constitution of Morocco retained this second chamber, but reduced its term of office from 9 to 6 years.

The Moroccan Parliament has two chambers. The House of Representatives has 325 members elected for a five-year term, 295 elected in multi-seat constituencies and 30 in national lists consisting only of women. The other chamber is the House of Councillors.

Salle Ibn Yassine is an indoor sporting arena located in Rabat, Morocco. The capacity of the arena is 5,000 people.

Agdal is an urban community in Rabat, the capital of Morocco. It is a former suburb whose chief inhabitants, prior to the post-war expansion of the city, were the students of the nearby university (as noted by Malika Oufkir, in her book Stolen Lives). Presently, it is among the richest neighbourhoods in Morocco. It is inhabited by many expatriates, chiefly French, as well as a population of wealthy Moroccans. It houses one of the two railway stations of Rabat, named Rabat-Agdal.

Stade de FUS is a multi-use stadium in Rabat, Morocco. It is currently used mostly for football matches and hosts the home games of FUS de Rabat of the GNF 1. The stadium holds 15,000 spectators.

Mawazine ("Rhythms") is a festival of world music that takes place annually in the Moroccan capital of Rabat, featuring Arab and international music icons. There have many Mawazines since the beginning in 2001. Mawazine is one of several events which are intended to promote an image of Morocco as a tolerant nation, with a post on the event's website declaring that the festival intends to promote and "support Rabat, as a city open to the world".

These districts belong to Rabat.

These are districts that are close by, but belong to a different city than Rabat.

These are some bigger and more relevant cities in the wider vivinity of Rabat.