Sale
in Sale of Rabat-Salé-Kénitra, Morocco

Sale in Sale (Rabat-Salé-Kénitra) with it's 903,485 citizens is a town in Morocco a little north-east of Rabat, the country's capital city.

Current time in Sale is now 03:14 PM (Monday). The local timezone is named Africa / Casablanca with an UTC offset of one hour. We know of 8 airports near Sale, of which one is a larger airport. The closest airport in Morocco is Rabat-Salé Airport in a distance of 3 mi (or 4 km), East. Besides the airports, there are other travel options available (check left side).

There are two Unesco world heritage sites nearby. The closest heritage site in Morocco is Portuguese City of Mazagan (El Jadida) in a distance of 68 mi (or 110 km), South-West. Also, if you like playing golf, there are a few options in driving distance. Looking for a place to stay? we compiled a list of available hotels close to the map centre further down the page.

When in this area, you might want to pay a visit to some of the following locations: Rabat, Temara, Kenitra, Skhirate and Bouznika. To further explore this place, just scroll down and browse the available info. 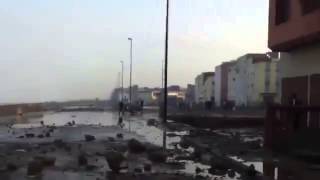 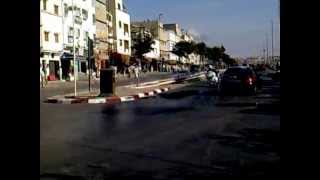 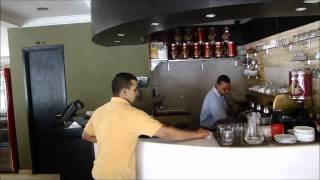 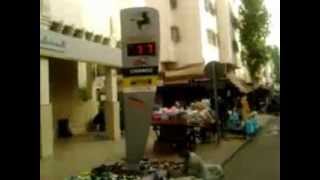 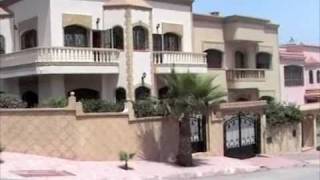 non-professional video-footage. by providing this video footage we hope to give potential tenants of holiday rental Villa Yasmine in Rabat/Salé, Morocco a good "look and feel" about the villa,... 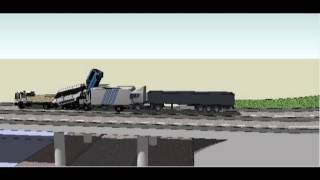 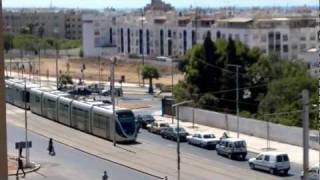 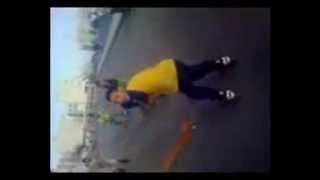 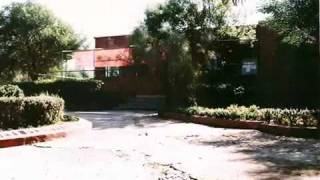 The Bou Regreg is a river located in western Morocco which discharges to the Atlantic Ocean between the cities of Rabat and Salé. The estuary of this river is termed Wadi Sala. The river is 240 kilometres long, with a tidal estuary of approximately 24 kilometres extending upriver. Its average discharge is 23 m3/s and can reach 1500 m3/s during periods of flooding.

Hassan Tower or Tour Hassan is the minaret of an incomplete mosque in Rabat, Morocco. Begun in 1195, the tower was intended to be the largest minaret in the world along with the mosque, also intended to be the world's largest. In 1199, Sultan Yacoub al-Mansour died and construction on the mosque stopped. The tower only reached 44 m (140 ft), about half of its intended 86 m (260 ft) height.

The Mausoleum of Mohammed V is a historical building located on the opposite side of the Hassan Tower on the Yacoub al-Mansour esplanade in Rabat, Morocco. It contains the tombs of the Moroccan king and his two sons, late King Hassan II and Prince Abdallah. The building is considered a masterpiece of modern Alaouite dynasty architecture, with its white silhouette, topped by a typical green tiled roof, green being the color of Islam.

Hajja is a settlement in western coastal Morocco near Rabat. The earliest recorded history of the general vicinity is associated with the now ruined Chellah along the estuarine portion of the Oued Bou Regreg. Chellah was originally settled by the Phoenicians and later became a Roman settlement.

The Kasbah of the Udayas is a kasbah in Rabat, Morocco located at the mouth of the Bou Regreg river opposite of Salé. It was built during the reign of the Almohads. When the Almohads had captured Rabat and destroyed the kasbah of the Almoravids in the town, they began reconstructing it in AH 544 / AD 1150. They added a palace and a mosque and named it al-Mahdiyya, after their ancestor al-Mahdi Ibn Tumart. After the death of Yaqub al-Mansur (AH 595 / AD 1199) the kasbah was deserted.

The Republic of Salé was an independent corsair city-state on the Moroccan coast. It was a major piratical port during its brief existence in the 17th century.

Stade Boubker Ammar is a football stadium in Salé, Morocco. It is the home stadium of Asyut Petroleum of the Botola. The stadium holds 10,000 spectators.

These districts belong to Sale.

These are districts that are close by, but belong to a different city than Sale.

These are some bigger and more relevant cities in the wider vivinity of Sale.