Local time in Puebla is now 02:35 AM (Sunday). The local timezone is named America / Mexico City with an UTC offset of -6 hours. We know of 9 airports in the vicinity of Puebla, of which two are larger airports. The closest airport in Mexico is Hermanos Serdán International Airport in a distance of 14 mi (or 22 km), North-West. Besides the airports, there are other travel options available (check left side).

There are several Unesco world heritage sites nearby. The closest heritage site in Mexico is Historic Centre of Puebla in a distance of 27 mi (or 43 km), East. We found 2 points of interest in the vicinity of this place. If you need a place to sleep, we compiled a list of available hotels close to the map centre further down the page.

Depending on your travel schedule, you might want to pay a visit to some of the following locations: Cuautlancingo, Mazatecochco, Cuanala, San Gregorio Atzompa and Tlaltenango. To further explore this place, just scroll down and browse the available info. 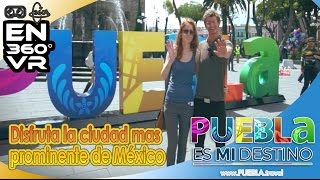 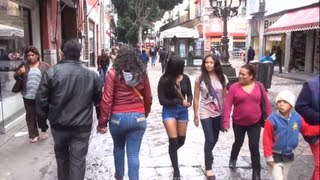 YOU CAN TURN 3D OFF AND WATCH THE VIDEO NORMALLY BY CLICKING 3D BELOW THE VIDEO. 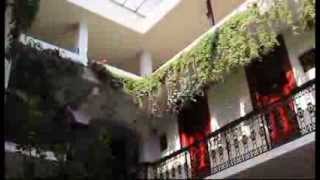 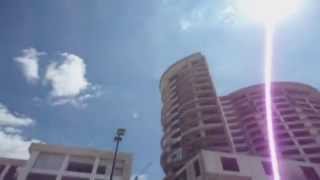 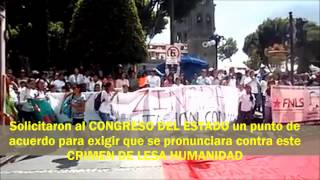 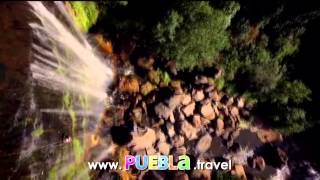 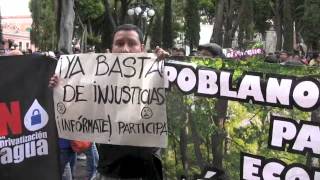 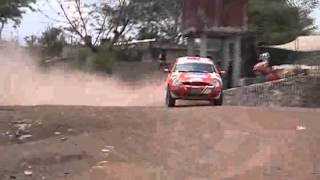 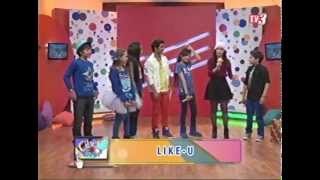 The city of Puebla, formally Heroica Puebla de Zaragoza, is the seat of the Municipality of Puebla, the capital of the state of Puebla, and one of the five most important Spanish colonial cities in Mexico. Being a colonial era planned city, it is located to the east of Mexico City and west of Mexico's main Atlantic port, Veracruz, on the main route between the two in Central Mexico.

The Amparo Museum, located in the historic center of Puebla, is one of the most important historical museums in Mexico. It was inaugurated in 1991 and sponsored by the Amparo Foundation, which was founded in 1979 by Manuel Espinoza Yglesias in honor of his wife. The museum is housed in two colonial-era buildings that date from the 17th and 18th centuries, which were popularly known as the Hospitalario. One of the buildings was the Hospital de Nuestra Señora y San Juan de Letrán founded in 1534.

Estadio Olimpico Ignacio Zaragoza is an Olympic stadium where professional football and baseball have been played. It is located in Puebla, Puebla, Mexico (110 kilometres east of Mexico City). The stadium was built in 1952 and used by local professional baseball team Pericos de Puebla from 1952 to 1972. It was also used by Puebla FC from 1957 to 1968.

The Templo Conventual de Santo Domingo de Guzmán is a Roman Catholic church within the jurisdiction of the Roman Catholic Archdiocese of Puebla de los Angeles, with the archangel Michael as its patron saint. Inside is the Capilla del Rosario, an example of New Spanish Baroque, considered in its time to be the "eighth wonder of the world".

The Biblioteca Palafoxiana is a library in Puebla, Puebla, Mexico. Founded in 1646, it was the first public library in colonial Mexico, and is sometimes considered the first in the Americas. It has more than 41,000 books and manuscripts, ranging from the 15th to the 20th century. In 2005, it was listed on UNESCO's Memory of the World Register.

Uriarte Talavera is a traditional Talavera enterprise in the city of Puebla, Mexico, which has been in existence since 1824. It was begun as a family workshop by Dimas Uriarte, but today it is run by a business group. However, the enterprise still makes Talavera pottery using 16th century methods.

These are some bigger and more relevant cities in the wider vivinity of Puebla.