Famagusta in Ammochostos with it's 42,526 habitants is a city located in Cyprus about 33 mi (or 53 km) east of Nicosia, the country's capital town.

Current time in Famagusta is now 04:43 PM (Wednesday). The local timezone is named Asia / Famagusta with an UTC offset of 2 hours. We know of 8 airports closer to Famagusta, of which 5 are larger airports. The closest airport in Cyprus is Ercan International Airport in a distance of 25 mi (or 40 km), West. Besides the airports, there are other travel options available (check left side).

There are several Unesco world heritage sites nearby. The closest heritage site in Cyprus is Choirokoitia in a distance of 40 mi (or 65 km), South-West. We saw 1 points of interest near this location. In need of a room? We compiled a list of available hotels close to the map centre further down the page.

Since you are here already, you might want to pay a visit to some of the following locations: Larnaca, Nicosia, Kyrenia, Limassol and Ovacik. To further explore this place, just scroll down and browse the available info. 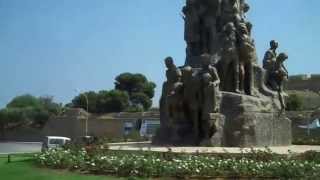 This video of the Famagusta Venetian walls takes you on a 4-minute tour from a bus with commentary. It truly is fascinating to see this old city of Famagusta and what it looks like today. 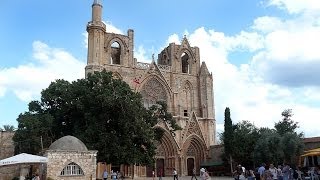 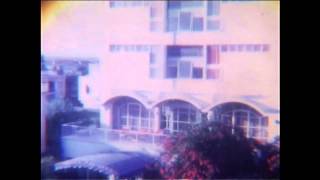 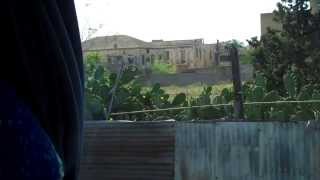 Famagusta Cyprus known as the abandoned town. This video was taken when I was on holidays in Cyprus and too a tour bus to see the ruins of Famagusta. Here you can see what used to be an old... 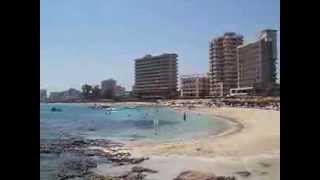 famagusta viewed from the beach

panoramic view taken from the beach in famagusta 12 august 2007. 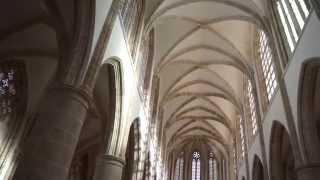 The Lala Mustafa Pasha Mosque originally known as Saint Nicholas's Cathedral and later as the Ayasofya (Saint Sophia) Mosque of Magusa, is the largest medieval building in Famagusta, Northern... 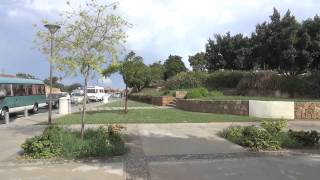 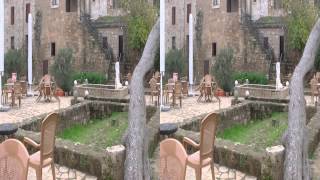 Famagusta is a beautyful city on the Turkish side of Cyprus. Both audio and video track made by myself. 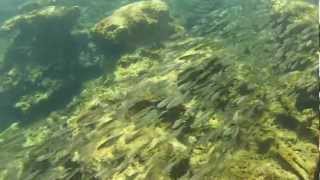 The Eastern Mediterranean University (Turkish: Doğu Akdeniz Üniversitesi), located in Northern Cyprus, was established in 1979 as a higher-education institution of technology for Turkish Cypriots. In 1986, it was converted to a state university. The campus is located 10 km from the city of Famagusta. The university has 139 programs (11 Faculties and 5 Schools) offering undergraduate and postgraduate degrees, as well as a research infrastructure. The medium of instruction is entirely in English.

The Evagoras Gymnastic Association Stadium (GSE Stadium) is a football stadium located in Famagusta, Cyprus and was the home ground of Anorthosis and Nea Salamina. The stadium remains abandoned and in bad condition since 1974 when Turkey invaded the island of Cyprus and occupied 37.6% of it including the city of Famagusta.

Dr. Fazil Kucuk Stadium is a multi-use stadium in Famagusta, Turkish Republic of Northern Cyprus. It is currently used mostly for football matches and will host some matches for 2006 ELF Cup. The stadium holds 7,000 people.

The Lala Mustafa Pasha Mosque originally known as Saint Nicholas's Cathedral and later as the Ayasofya (Saint Sophia) Mosque of Magusa, is the largest medieval building in Famagusta, Northern Cyprus. Built between 1298 and c. 1400, it was consecrated as a Catholic cathedral in 1328. The cathedral was converted into a mosque after the Ottoman Empire captured Famagusta in 1571 and it remains a mosque to this day.

These districts belong to Famagusta.

These are districts that are close by, but belong to a different city than Famagusta.

These are some bigger and more relevant cities in the wider vivinity of Famagusta.