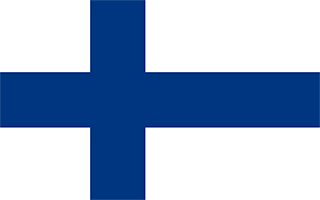 Helsinki
in Helsinki of Uusimaa, Finland

Safety Score: 3,0 of 5.0 based on data from 9 authorites. Meaning we advice caution when travelling to Finland.

Helsinki in Helsinki (Uusimaa) with it's 558,457 habitants is located in Finland. It's the capital of this country.

Current time in Helsinki is now 11:13 AM (Thursday). The local timezone is named Europe / Helsinki with an UTC offset of 2 hours. We know of 8 airports close to Helsinki, of which two are larger airports. The closest airport in Finland is Helsinki Malmi Airport in a distance of 7 mi (or 11 km), North-East. Besides the airports, there are other travel options available (check left side).

There are several Unesco world heritage sites nearby. The closest heritage site in Finland is Fortress of Suomenlinna in a distance of 2 mi (or 4 km), South-East. We encountered 2 points of interest near this location. If you need a hotel, we compiled a list of available hotels close to the map centre further down the page.

While being here, you might want to pay a visit to some of the following locations: Vantaa, Kauniainen, Tuusula, Espoo and Kerava. To further explore this place, just scroll down and browse the available info. 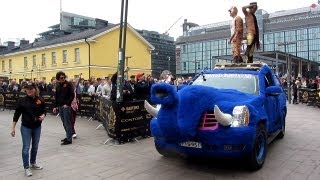 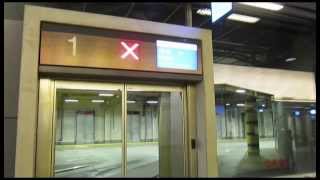 Helsinki bus/long-distance coach station at Kamppi. The station is under ground the Shopping Center of Kamppi. At street level is Espoo (local bus) terminal. Deeper undground is the Kamppi... 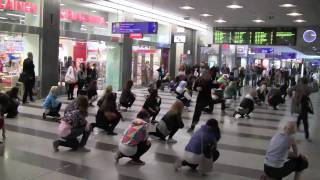 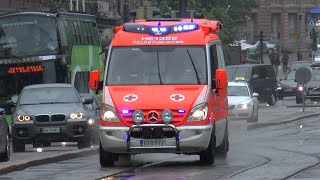 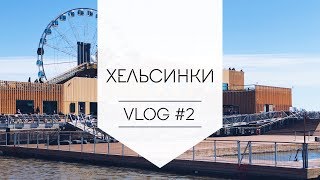 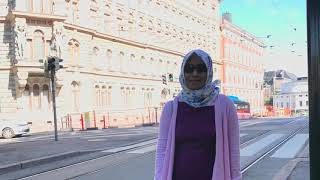 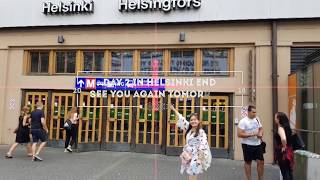 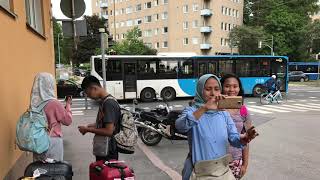 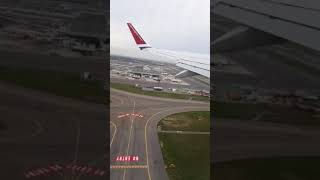 Kiasma (built 1993–1998) is a contemporary art museum located on Mannerheimintie in Helsinki, Finland. Its name kiasma, Finnish for chiasma, alludes to the basic conceptual idea of its architect, Steven Holl. The museum exhibits the contemporary art collection of the Finnish National Gallery founded in 1990. Its central goal is to make contemporary art better known and strengthen its status.

Kamppi Centre is a complex in the Kamppi district in the centre of Helsinki, designed by various architects, the main designer, however, being Juhani Pallasmaa. It is said to be Helsinki's new downtown commercial and residential centre. As a four-year construction project, it was the largest singular construction site in the history of Finland, involving the extensive and difficult redevelopment of the Kamppi district in downtown Helsinki.

Lasipalatsi (Swedish: Glaspalatset; meaning literally "the Glass palace") is a functionalist office building designed in the 1930s, located on Mannerheimintie in the Kamppi district of Helsinki, Finland. Lasipalatsi is one of Helsinki's most notable functionalist buildings. An earlier building at the same location was the Turku barracks, which was destroyed in the Finnish Civil War in 1918.

The Kingdom of Finland was an abortive attempt to establish a monarchy in Finland following Finland's independence from Russia. Had the German Empire endured, Prince Frederick Charles of Hesse would have been installed as the King of Finland.

The Finnish Parliament Annex is a building in the centre of Helsinki, Finland. It houses offices for about one hundred members of the Parliament of Finland. The building was built in 2004 and the design comes from the winning entry of a design competition held from 1998 to 2000. The building was designed by the architect Pekka Helin and his team.

The Tavastia Club is a popular rock music club in Helsinki, Finland. The house is owned by Hämäläis-Osakunta, one of the student nations at the University of Helsinki, but since 1991 the club has been operated by a private enterprise renting the house from the nation. It is located in central Helsinki Kamppi district on the street Urho Kekkosen katu. The capacity is 700 people.

Located at 60.1686, 24.9329 (Lat. / Lng.), about 0 miles away.
Wikipedia Article, Homepage
Buildings and structures in Helsinki, Culture in Helsinki, Visitor attractions in Helsinki, Nightclubs in Finland

Hämäläis-Osakunta (HO, colloquially Hämis) is one of the 15 student nations at the University of Helsinki, Finnish-speaking and established in 1653 at The Royal Academy of Turku. In 1828, the Academy moved to Helsinki adopting the name university and Hämäläis-Osakunta moved there along with the other nations. HO represents the historic region of Tavastia, so it recruits its members actively there. The building of the nation, built in 1931, is located in Kamppi, on Urho Kekkosen katu.

The Kamppi Chapel is a Lutheran chapel in Kamppi, Helsinki, located on the Narinkka Square. It is also known as the "Chapel of Silence" since it is intended to be a place to calm down and have a moment of silence in one of the busiest areas in Finland.

These districts belong to Helsinki.

These are districts that are close by, but belong to a different city than Helsinki.

These are some bigger and more relevant cities in the wider vivinity of Helsinki.

These are the most popular locations in Finland on Tripmondo.