Kealakekua in Hawaii County (Hawaii) with it's 2,019 habitants is located in United States about 4,798 mi (or 7,721 km) west of Washington DC, the country's capital town.

Current time in Kealakekua is now 07:31 AM (Sunday). The local timezone is named Pacific / Honolulu with an UTC offset of -10 hours. We know of 9 airports close to Kealakekua, of which one is a larger airport. The closest airport in United States is Kona International At Keahole Airport in a distance of 17 mi (or 27 km), North-West. Besides the airports, there are other travel options available (check left side).

There is one Unesco world heritage site nearby. It's Hawaii Volcanoes National Park in a distance of 69 mi (or 110 km), East. Also, if you like playing golf, there are some options within driving distance. If you need a hotel, we compiled a list of available hotels close to the map centre further down the page.

A Beautiful Edge of the World B&B 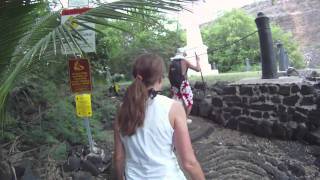 This is a little know path you can take to hike down to Captain Cook's Monument for a little snorkel. I found the route on the internet.. Just search Captain Cook hike. It is a pretty easy,... 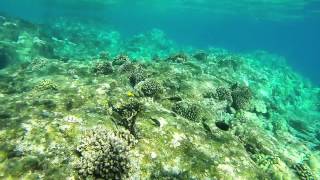 Snorkeling at the Captain Cook Monument

Raw video of Snorkeling at the Captain Cook Monument in Hawaii on January 2, 2015. 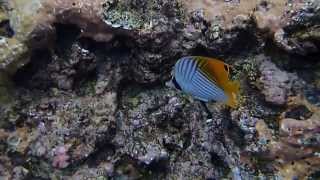 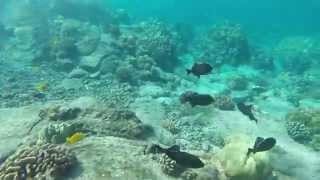 Snorkeling at Captain Cook's Monument on the Big Island in Hawaii January 2015. 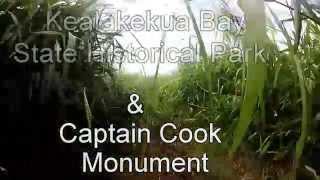 On our vacation on the island of Hawaii, we hiked down to Kealakekua Bay from the trailhead on Nāpō'opo'o Road. A fairly difficult 2 mile trail through an overgrown field and over plenty... 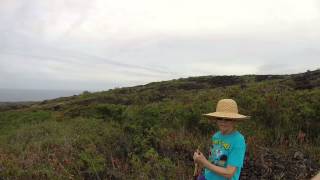 Hike to Cap't Cook Monument. Captain Cook, the guy who "discovered" Hawaii in the 18th century, has a monument on the shoreline near here, marking the place where the indigenous Hawaiians ... 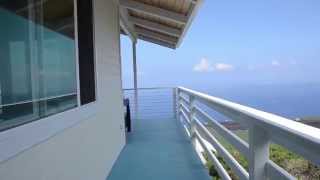 This is a video walk through of a vacation rental called "Blue Hawaii KP" in Captain Cook Hi. Kona Paradise subdivision. To book your vacation please visit: http://www.vrbo.com/587082. 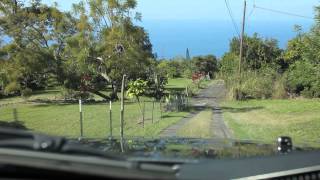 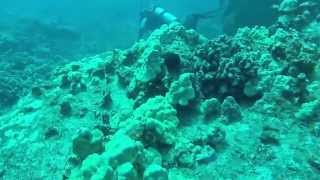 Video starts out with pure joy as I push play and put the camera in front of me and I immediately spot a very awesome young juvenile rockmover wrasse (Novaculichthys taeniourus) sometime refereed... 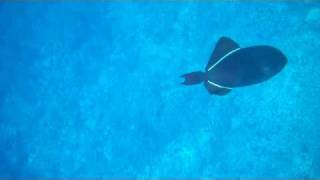 Snorkeling with Black Trigger Fish (Melichthys niger) in Kealakekua Bay on the Big Island of Hawaii, the site of the Captain Cook monument. The ones beneath me would turn up on their sides...

Captain Cook is a census-designated place (CDP) in Hawaiʻi County, Hawaiʻi, in the United States located in the District of South Kona. The community, which is actually located in the land division of Kealakekua, is so named because the post office for the area was located in the Captain Cook Coffee Co. during the early 1900s. As of the 2000 census, the CDP population was 3,206. The population increased by 7.0% to 3,429 at the 2010 census.

Kealakekua is a census-designated place (CDP) in Hawaiʻi County, Hawaiʻi, United States. The population was 1,645 at the 2000 census. It was the subject of the 1933 popular song, "My Little Grass Shack in Kealakekua, Hawaii" by Bill Cogswell, Tommy Harrison and Johnny Noble which became a Hawaiian Music standard. See also: Kealakekua Bay, where the British explorer Capt. James Cook was killed.

Konawaena High School is a public school located in the community of Kealakekua, Kona District, Hawaii County, Hawaii, United States. Konawaena means "the center of the leeward side" in the Hawaiian Language.

The Amy B. H. Greenwell Ethnobotanical Garden is a botanical garden near Captain Cook, Hawaii in the Kona District on the Big Island of Hawaii.

KKON is a radio station licensed to serve Kealakekua, Hawaii. The station is owned by Pacific Radio Group, Inc. It airs a Sports radio format featuring programming from ESPN Radio. The station was assigned the KKON call letters by the Federal Communications Commission.

Georges Phillipe Trousseau (1833–1894) was a French physician who became the royal doctor of the Kingdom of Hawaii, and engaged in a variety of agricultural ventures.

These are some bigger and more relevant cities in the wider vivinity of Kealakekua.