Bangkok in Bangkok with it's 5,104,476 inhabitants is located in Thailand. It's the capital of this country.

Local time in Bangkok is now 08:13 PM (Friday). The local timezone is named Asia / Bangkok with an UTC offset of 7 hours. We know of 8 airports in the wider vicinity of Bangkok, of which two are larger airports. The closest airport in Thailand is Don Mueang International Airport in a distance of 13 mi (or 21 km), North-East. Besides the airports, there are other travel options available (check left side).

There are several Unesco world heritage sites nearby. The closest heritage site in Thailand is Historic City of Ayutthaya in a distance of 41 mi (or 66 km), North. If you need a place to sleep, we compiled a list of available hotels close to the map centre further down the page.

Depending on your travel schedule, you might want to pay a visit to some of the following locations: Phra Nakhon, Pom Prap Sattru Phai, Khlong San, Bangkok Noi and Samphanthawong. To further explore this place, just scroll down and browse the available info. 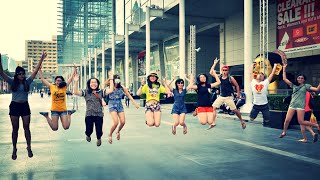 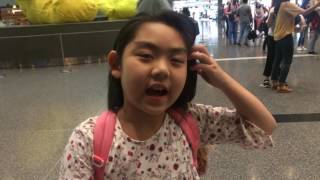 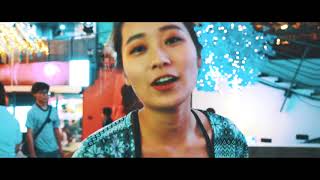 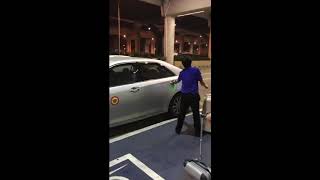 My experience during Songkran week in Thailand. 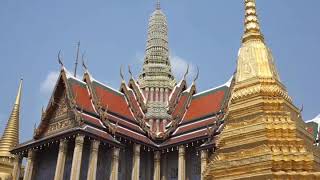 This is The Bangkok Trip Video With the Super Memorable Moments of My Dear Guruji Laxman Sir Thanks to Upline Gods, Jai Ho SSS, Jai Ho INDIA. if Any One Wants to Known About This Great Opportunity... 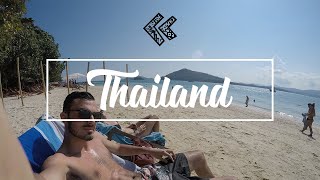 The Democracy Monument (Thai: อนุสาวรีย์ประชาธิปไตย Anusawari Prachathipatai) is a public monument in the centre of Bangkok, capital of Thailand. It occupies a traffic circle on the wide east-west Ratchadamnoen Klang Road, at the intersection of Dinso Road. The monument is roughly halfway between Sanam Luang, the former royal cremation ground in front of Wat Phra Kaew, and the temple of the Golden Mount (Phu Kao Thong).

The Giant Swing is a religious structure in Bangkok, Thailand, Phra Nakhon district, located in front of Wat Suthat temple. It was formerly used in an old Brahmin ceremony, and is one of Bangkok's tourist attractions.

Wat Ratchanaddaram is a buddhist temple located at the intersection between Ratchadamnoen Klang and Maha Chai Road, in Phra Nakhon district, Bangkok. Meaning Royal Niece, the temple was built to the order of King Nangklao (Rama III) for Mom Chao Ying Sommanus Wattanavadi (หม่อมเจ้าหญิงโสมนัสวัฒนาวดี) in 1846. The temple is best known for the Loha Prasat (โลหะปราสาท), a multi-tiered structure 36 m high and having 37 metal spires, signifying the 37 virtues toward enlightenment.

Wat Suthat Thepphawararam is a royal temple of the first grade, one of ten such temples in Bangkok (23 in Thailand). Construction was begun by His Majesty King Rama I in 1807 (B.E. 2350). Further construction and decorations were carried out by King Rama II who helped carve the wooden doors, but the temple was not completed until the reign of King Rama III in 1847 (B.E.2390). This temple contains the Buddha image Phra Sri Sakyamuni or "Sisakayamunee" which moved from Sukhothai province.

Wat Bowonniwet Vihara Rajavaravihara is a major Buddhist temple in Phra Nakhon district, Bangkok, Thailand. The temple is a center of the Thammayut Nikaya school of Thai Theravada Buddhism and has been a major temple of patronage for the Chakri dynasty. It is the shrine-hall of Phra Phutthachinasi (พระพุทธชินสีห์) which was moulded in about 1357. It is where many royal princes studied and served their monkhood, including king Bhumibol.

Wat Saket Ratcha Wora Maha Wihan (Thai: วัดสระเกศราชวรมหาวิหาร, usually shortened to Wat Saket) is a Buddhist temple in Pom Prap Sattru Phai district, Bangkok, Thailand. The temple dates back to the Ayutthaya era, when it was known as Wat Sakae. When Bangkok became the capital, King Rama I renovated the temple and gave it its present name.

Mahamakut Buddhist University or MBU is one of the two public Buddhist universities in Thailand. Founded in 1893 as an educational institute for monks, by King Chulalongkorn in remembrance of his late father King Mongkut. The Thai government granted the university a status of public university in 1997, integrating MBU into the Thai higher education system.

The National Library of Thailand is the legal deposit and copyright library for Thailand. It was created in 1905, after the merger of the three pre-existing royal libraries. It operates under the jurisdiction of the Fine Arts Department of the Ministry of Culture and is located in Bangkok. The library aims to be a fully high-tech national intellectual property heritage resource, serving all people and guided by professional library leadership.

King Prajadhipok Museum is a museum in Bangkok, Thailand.

Wat Ratchabophit or formally Wat Ratchabophit Sathit Maha Simaram Ratcha Wara Maha Wihan is a Buddhist temple located in on Atsadang Road, Bangkok, along Khlong Lot, not far from Wat Pho and the Grand Palace. The temple was built during the reign of King Chulalongkorn (Rama V).

Rattanakosin Island is a historic area in the Phra Nakhon District in the city of Bangkok, Thailand. It is bordered by the Chao Phraya and canals were dug to serve as moats for the originally fortified city centre. Situated on the eastern convex bank of a meander in the Chao Phraya River, the island is the site of the Grand Palace and Bangkok's City Pillar Shrine, among other places of historical significance.

These districts belong to Bangkok.

These are districts that are close by, but belong to a different city than Bangkok.

These are some bigger and more relevant cities in the wider vivinity of Bangkok.