Kanchanaburi in Changwat Kanchanaburi with it's 63,699 inhabitants is a city in Thailand about 66 mi (or 107 km) west of Bangkok, the country's capital.

Local time in Kanchanaburi is now 05:27 PM (Monday). The local timezone is named Asia / Bangkok with an UTC offset of 7 hours. We know of 8 airports in the vicinity of Kanchanaburi, of which two are larger airports. The closest airport in Thailand is Don Mueang International Airport in a distance of 71 mi (or 115 km), East. Besides the airports, there are other travel options available (check left side).

There are two Unesco world heritage sites nearby. The closest heritage site in Thailand is Historic City of Ayutthaya in a distance of 72 mi (or 116 km), East. If you need a place to sleep, we compiled a list of available hotels close to the map centre further down the page.

Depending on your travel schedule, you might want to pay a visit to some of the following locations: Tha Muang, Phanom Thuan, Dan Makham Tia, Tha Maka and Bo Phloi. To further explore this place, just scroll down and browse the available info. 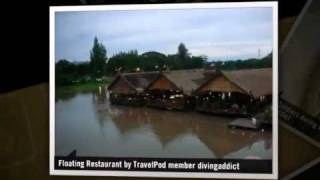 Preview of Divingaddict's blog at TravelPod. Read the full blog here: http://www.travelpod.com/travel-blog-entries/divingaddict/divingthailand/1178557200/tpod.html This blog preview was... 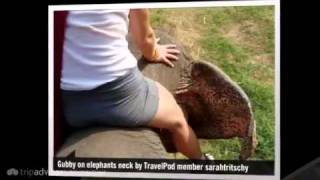 Preview of Sarahtritschy's blog at TravelPod. Read the full blog here: http://www.travelpod.com/travel-blog-entries/sarahtritschy/asia_s._africa/1163560260/tpod.html This blog preview was... 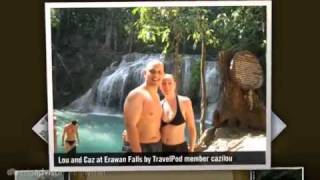 Preview of Cazilou's blog at TravelPod. Read the full blog here: http://www.travelpod.com/travel-blog-entries/cazilou/thailand06/1138877520/tpod.html This blog preview was made by TravelPod... 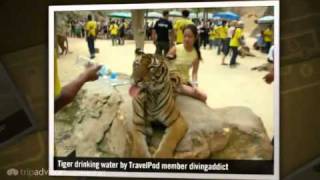 Preview of Divingaddict's blog at TravelPod. Read the full blog here: http://www.travelpod.com/travel-blog-entries/divingaddict/divingthailand/1178470800/tpod.html This blog preview was... 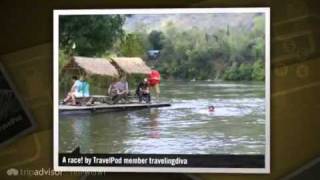 Preview of Travelingdiva's blog at TravelPod. Read the full blog here: http://www.travelpod.com/travel-blog-entries/travelingdiva/9/1202241600/tpod.html This blog preview was made by TravelPod... 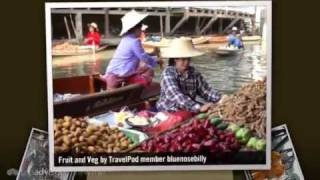 Preview of Bluenosebilly's blog at TravelPod. Read the full blog here: http://www.travelpod.com/travel-blog-entries/bluenosebilly/bluenosebilly/1168785180/tpod.html This blog preview was... 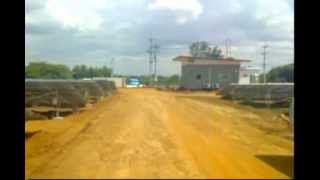 Phone cam video, so please forgive the low res. A 10 MW solar farm that is 3 months under construction and already producing significant power. It's on 280 rai (10 acres = 4 rai). They... 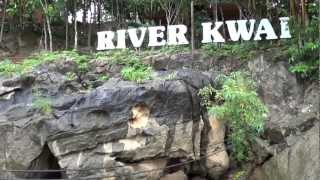 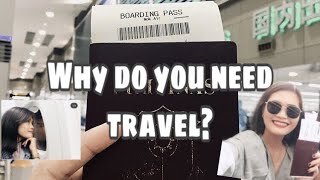 Advice 101:Why you need to travel

Kanchanaburi is a town in the west of Thailand and the capital of Kanchanaburi province. In 2006 it had a population of 31,327. The town covers the complete tambon Ban Nuea and Ban Tai and parts of Pak Phraek and Tha Makham, all of Mueang Kanchanaburi district, and parts of the tambon Tha Lo of Tha Muang district.

Kanchanaburi is the largest of the western provinces (changwat) of Thailand. Neighboring provinces are (from north clockwise) Tak, Uthai Thani, Suphan Buri, Nakhon Pathom and Ratchaburi. In the west it borders Kayin State, Mon State and Tanintharyi Region of Myanmar. It is frequented by tourists who have been attracted by its long history and ancient civilizations, a location of the Bridge over the River Khwae(also spelt ‘Kwai’) and scene of the World War II historic.

The Kanchanaburi War Cemetery (known locally as the Don-Rak War Cemetery) is the main Prisoner of War (POW) cemetery associated with victims of the Burma Railway. It is located on the main road (Saeng Chuto Road) through the town of Kanchanaburi, Thailand, adjacent to an older Chinese cemetery. It was designed by Colin St Clair Oakes and is maintained by the Commonwealth War Graves Commission. There are 6,982 former POWs buried there, mostly Australian, British and Dutch.

The JEATH War Museum is one of two war museums in Thailand about the Death Railway built from 1942 to 1943 by Allied POWs under the direction of the Japanese, a part of the famous Thai-Burma railways.

The Khwae Yai River, also known as the Si Sawat, is a river in western Thailand. It has its source in the Tenasserim Hills and flows for about 380 kilometres through Sangkhla Buri, Si Sawat, and Mueang Districts of Kanchanaburi Province, where it merges with the Khwae Noi to form the Mae Klong River at Pak Phraek subdistrict. The famous bridge of the Burma Railway crosses the river at Tha Makham Subdistrict of the Mueang District.

Visuttharangsi School (known colloquially as Visut) is a public school in Thailand. This school belongs to the Kanchanaburi Education Service Area Office 1, Office of the Basic Education Commission (OBEC), Ministry of Education. The school provides preparatory school for college and university from grades 7 through 12.

These are some bigger and more relevant cities in the wider vivinity of Kanchanaburi.