Time in Nakhon Ratchasima is now 08:15 AM (Sunday). The local timezone is named Asia / Bangkok with an UTC offset of 7 hours. We know of 9 airports nearby Nakhon Ratchasima, of which 3 are larger airports. The closest airport in Thailand is Nakhon Ratchasima Airport in a distance of 14 mi (or 23 km), East. Besides the airports, there are other travel options available (check left side).

There are two Unesco world heritage sites nearby. The closest heritage site in Thailand is Dong Phayayen-Khao Yai Forest Complex in a distance of 44 mi (or 71 km), South. Need some hints on where to stay? We compiled a list of available hotels close to the map centre further down the page.

Being here already, you might want to pay a visit to some of the following locations: Kham Thale So, Chaloem Phra Kiat, Non Thai, Chok Chai and Pak Thong Chai. To further explore this place, just scroll down and browse the available info. 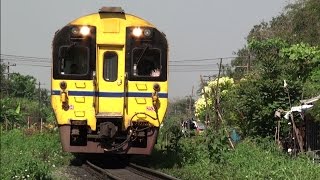 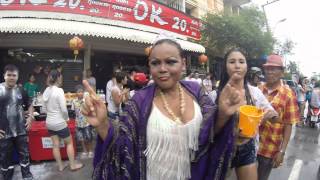 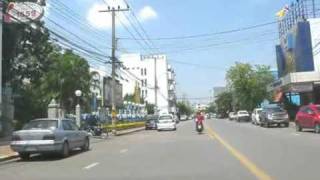 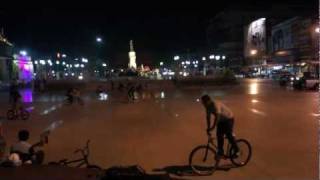 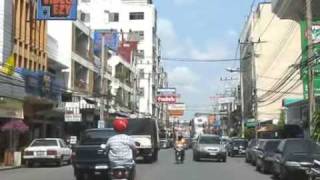 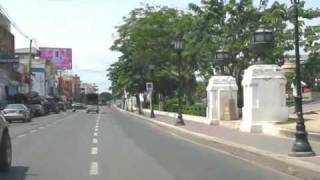 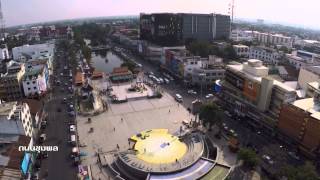 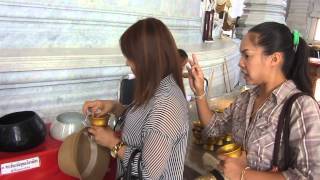 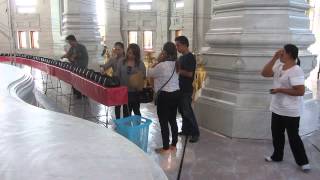 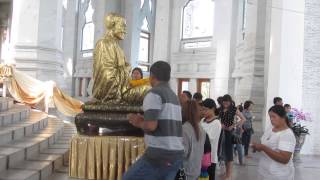 Nakhon Ratchasima or is a city (thesaban nakhon) in the northeast of Thailand and gateway to Isan. It is the capital of the Nakhon Ratchasima Province and Nakhon Ratchasima district. As of August 16, 2010, the municipal area has a population of 142,645. The city is also commonly known as Korat, a short version of the full name.

The Diocese of Nakhon Ratchasima (Dioecesis Nakhonratchasimaensis, Thai: สังฆมณฑลนครราชสีมา) is located in the north-east of Thailand. It is a suffragan diocese of the Archdiocese of Thare and Nonseng. The diocese covers an area of 41,148 km², covering 3 provinces of Thailand - Buriram, Chaiyaphum and Nakhon Ratchasima. As of 2001, of the 5.1 million citizen 5,204 are member of the Catholic Church. It is divided into 28 parishes, having 27 priests altogether.

Within the period of 1954-1975 (the Vietnam War or Second Indochina War), the Thai Government allowed the Joint United States Military Assistance Group (JUSMAG) to fund and manage the modernization of Royal Thai Air Force airbases. In an unsigned agreement these airbases were to be operated by the United States Air Force for the specific purpose of attacking North Vietnam with some 500 airplanes.

Korat Royal Thai Air Force Base is a base of the Royal Thai Air Force located in northeast Thailand, approximately 157 miles (250 km) northeast of Bangkok and about 5 miles (8 km) south of the centre of Nakhon Ratchasima (which also known as Khorat or Korat), the second largest city in Thailand. During the Vietnam War, Korat RTAFB was the largest front-line facility of the United States Air Force (USAF) in Thailand from 1962 through 1975.

Located at 14.9724, 102.079 (Lat. / Lng.), about 2 miles away.
Wikipedia Article
Railway stations in Thailand, Buildings and structures in Nakhon Ratchasima, Railway stations opened in 1900

Thanon Chira Junction Station is the the main railway station in Nakhon Ratchasima Province. This station located in south side of the city moat in Nakhon Ratchasima. There are 18 daily trains serving the station; in addition, there are also 4 to 6 special trains during the Thai New Year, Songkran and other festivals. In the 2008 census, Thanon Chira Junction Station served nearly 350,000 passengers.

Located at 14.9675, 102.102 (Lat. / Lng.), about 0 miles away.
Wikipedia Article
Railway stations in Thailand, Railway stations opened in 1922, Buildings and structures in Nakhon Ratchasima

The Mall Nakhon Ratchasima, opened in 2000, is the biggest shopping center in the North-eastern region of Thailand, located direrctly on Mitraphap Road in Nakhon Ratchasima (colloquially known as Korat), Thailand. Sub-titled the 'Paragon of Isan' and 'Pride of Korat' by pro-Mall interests.

These are some bigger and more relevant cities in the wider vivinity of Nakhon Ratchasima.