Chiang Mai in Chiang Mai Province with it's 200,952 inhabitants is a city in Thailand about 362 mi (or 583 km) north of Bangkok, the country's capital.

Local time in Chiang Mai is now 03:43 AM (Sunday). The local timezone is named Asia / Bangkok with an UTC offset of 7 hours. We know of 8 airports in the vicinity of Chiang Mai, of which one is a larger airport. The closest airport in Thailand is Chiang Mai International Airport in a distance of 2 mi (or 4 km), South-West. Besides the airports, there are other travel options available (check left side).

Depending on your travel schedule, you might want to pay a visit to some of the following locations: San Sai, Saraphi, Hang Dong, San Kamphaeng and San Pa Tong. To further explore this place, just scroll down and browse the available info. 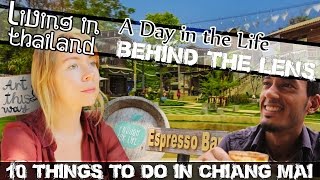 We share 10 Things We Like To Do in Chiang Mai Thailand. After living in Chiang Mai for 2 years, we were excited to find ourselves back there and house sitting for our friends. In this Vlog... 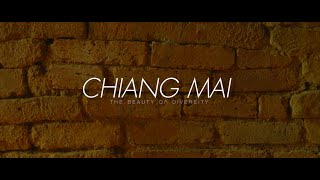 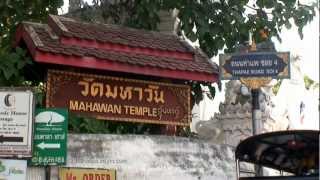 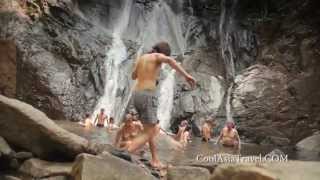 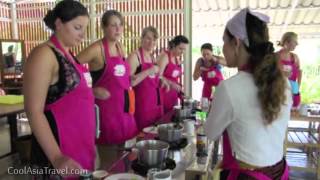 Cooking Class Chiang Mai: Enjoy one day or half day in the city or at the organic farm, cook and learn Thai cooking secrets. Book here http://coolasiatravel.com/cooking-class-chiang-mai Reviews... 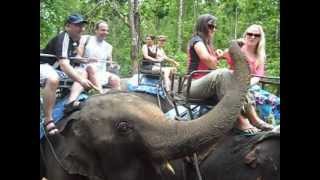 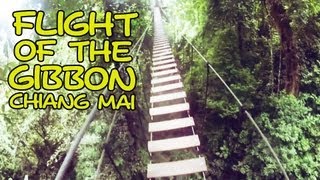 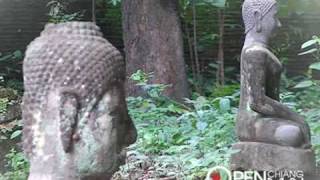 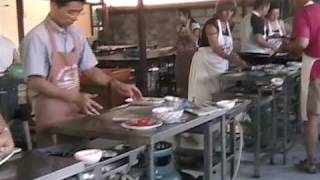 While in Chiang Mai, Thailand John and Cara spent 5 days taking Thai cooking classes. It was one of the best experiences of the entire trip. They learned to make six dishes each day, including... 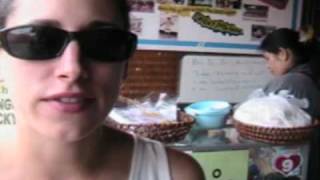 Wat Chedi Luang (Thai: วัดเจดีย์หลวง, lit. temple of the big stupa) is a Buddhist temple in the historic centre of Chiang Mai, Thailand. The current temple grounds were originally made up of three temples — Wat Chedi Luang, Wat Ho Tham and Wat Sukmin.

The Chiang Mai National Museum is a national museum located in Chiang Mai, northern Thailand. It highlights the history of the Kingdom of Lanna with descriptions in both Thai and English. The museum is located in the vicinity of Wat Chet Yot, in the north-western part of Chiang Mai.

Wat Phra Singh is a Buddhist temple in Chiang Mai, Northern Thailand. King Ananda Mahidol, the older brother of the present King Bhumibol Adulyadej, bestowed it the status of Royal temple of the first grade in 1935.

Wat Chiang Man (Thai: วัดเชียงมั่น − sometimes also written as Wat Chiang Mun) is a Buddhist temple inside the old city (which is contained within the city walls and moat) of Chiang Mai, in northern Thailand.

Wat Lok Moli (Thai: วัดโลกโมฬี, sometimes also seen written as Wat Lok Molee) is a Buddhist temple in Chiang Mai, northern Thailand. The temple is situated on the north side of the north moat surrounding the old part of the city, about 400 meters west of the Chang Phuak city gate. It is not known when the temple was built but it is first mentioned in a charter in 1367 CE.

Wat Suan Dok (Thai: วัดสวนดอก, which roughly translates as Flower Garden Temple) is a Buddhist temple in Chiang Mai, northern Thailand. It is a Royal Temple of the Third Class. The temple is located along Suthep road, approximately one kilometre west of Suan Dok gate. The Chiang Mai campus of the Buddhist Mahachulalongkornrajavidyalaya University is housed within the temple compound.

These are some bigger and more relevant cities in the wider vivinity of Chiang Mai.