Ratchathewi in Ratchathewi (Bangkok) is located in Thailand a little east of Bangkok, the country's capital town.

Current time in Ratchathewi is now 10:20 AM (Thursday). The local timezone is named Asia / Bangkok with an UTC offset of 7 hours. We know of 8 airports close to Ratchathewi, of which two are larger airports. The closest airport in Thailand is Don Mueang International Airport in a distance of 12 mi (or 19 km), North-East. Besides the airports, there are other travel options available (check left side).

There are several Unesco world heritage sites nearby. The closest heritage site in Thailand is Historic City of Ayutthaya in a distance of 41 mi (or 66 km), North. If you need a hotel, we compiled a list of available hotels close to the map centre further down the page.

While being here, you might want to pay a visit to some of the following locations: Pom Prap Sattru Phai, Din Daeng, Phaya Thai, Dusit and Pathum Wan. To further explore this place, just scroll down and browse the available info. 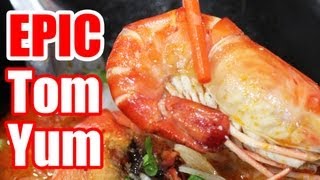 If you're looking for Tom Yum Goong Noodles in a creamy soup, you'll find pure delight at P'Aor (ร้านพี่อ้อ). Here are the details: http://www.eatingthaifood.com/2013/06/the-bes... 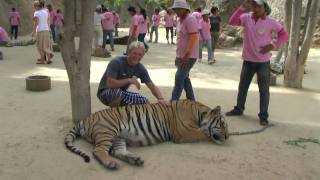 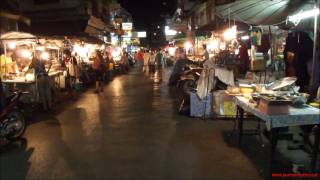 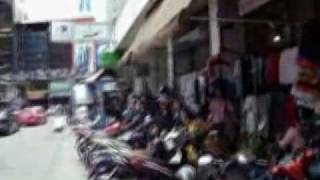 http://www.bangkok-travel-ideas.com Go Bangkok shopping in the cloth markets in front of the Baiyoke building and find t shirts and ladies clothing at bargain prices. Shop 'til you drop. Another... 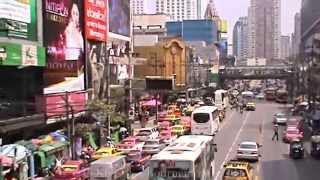 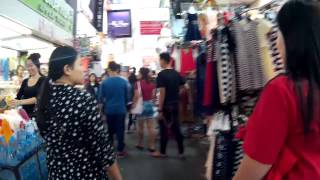 A short walk in the Pratunam Market in Bangkok/ Thailand. Filmed with SJ4000wifi camera. 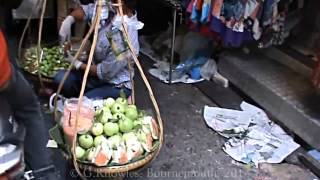 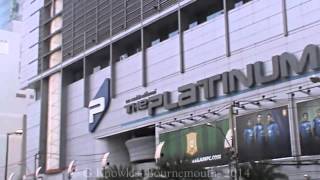 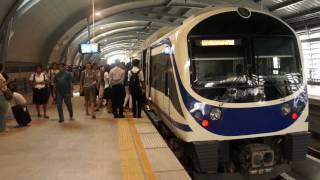 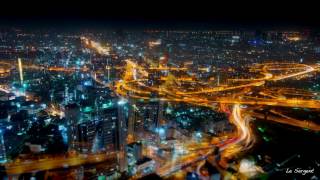 Pantip Plaza is an indoor IT shopping mall located on New Phetchaburi Road in Ratchathewi district, Bangkok, Thailand. The sale of counterfeit software and DVDs is one of the reasons for its success and notoriety.

Located at 13.75, 100.537 (Lat. / Lng.), about 1 miles away.
Wikipedia Article
Buildings and structures in Bangkok, Shopping malls in Thailand, Retailing in Bangkok, Ratchathewi District

Baiyoke Tower II is an 85-storey, 304 m skyscraper hotel at 222 Ratchaprarop Road in the Ratchathewi district of Bangkok, Thailand. It is the tallest building in the city, and comprises the Baiyoke Sky Hotel, the tallest hotel in Southeast Asia and the fourth-tallest all-hotel structure in the world.

Victory Monument (Thai: อนุสาวรีย์ชัยสมรภูมิ, Anusawari Chai Samoraphum) is a large military monument in Bangkok, Thailand. The monument is located in Ratchathewi district, northeast of central Bangkok, at the center of a traffic circle at the intersection of Phahonyothin Road, Phaya Thai Road, and Ratchawithi Road.

Suan Pakkad Palace or Suan Pakkard Palace is a museum in Bangkok, Thailand. It is located on Sri Ayutthaya Road, south of the Victory Monument. The museum has Thai antiques on display, including Ban Chiang pottery over 4,000 years old. Originally the home of Prince Chumbhotpong Paripatra and his wife, they converted it into a museum which opened in 1952. The museum features a group of four traditional Thai houses with covered hallways between them.

Pratunam Market is one of Bangkok's major markets, and is Thailand's largest clothing market. The name Pratunam means Water gate.

The Platinum Fashion Mall is a 5 billion baht (100 million euro) shopping mall in Pratunam, Bangkok, Thailand, which specializes in fashion clothes and accessories retail and wholesale. It is a six-storey complex with an 11-storey condominium building above the complex. The clothes shops operate on the principle that buying 1 piece is a retail sale and warrants retail price, but buying 3 (or sometimes more) pieces is wholesale and you get the wholesale price.

Phyathai 1 Hospital is a private hospital located on Si Ayutthaya Road, Ratchathewi district, Bangkok. It was established on July 30, 1976 and specializes in neurosurgery.

Amnuay Silpa School was founded in 1926. In the early years, Mr. Chitra Dansuputra was the co-founder and the owner of the school. He later set up a non-profit educational trust "Amnuay Silpa Foundation" and donated the school to the foundation in 1960. Amnuay Silpa School is a co-ed Thai school, with boys and girls aged 3–5 years in kindergarten, 6–11 years in Prathom or Primary School, 12–14 years in Middle School and 15–17 years in Mathayom Senior School.

Phaya Thai Road (Thai: ถนนพญาไท, Thanon Phaya Thai) is a major road in Bangkok, Thailand. It begins at the south side of Victory Monument in Ratchathewi district and continues until Sam Yan Intersection in Pathum Wan district, where it intersects with Rama IV Road. Between Victory Monument and Rama I Road, Phaya Thai Road runs directly below the Sukhumvit Line of the BTS Skytrain.

Santiphap Park is an 8-acre park in Bangkok, Thailand. It is located between Ratchawithi Road and Rang Nam Road in Ratchathewi district. The land on which Santiphap Park is built is leased from the Crown Property Bureau by the Bangkok Metropolitan Administration (BMA). It was previously the site of subsidized housing overseen by the National Housing Authority. The BMA obtained a 30-year lease, beginning in October 1990. Construction on the park began in 1997.

These are some bigger and more relevant cities in the wider vivinity of Ratchathewi.

This place is known by different names. Here the ones we know:
Ratchathewi, ราชเทวี