Khlong San in Khlong San (Bangkok) is a town located in Thailand a little south of Bangkok, the country's capital place.

Time in Khlong San is now 07:21 PM (Wednesday). The local timezone is named Asia / Bangkok with an UTC offset of 7 hours. We know of 8 airports nearby Khlong San, of which two are larger airports. The closest airport in Thailand is Don Mueang International Airport in a distance of 14 mi (or 23 km), North-East. Besides the airports, there are other travel options available (check left side).

There are several Unesco world heritage sites nearby. The closest heritage site in Thailand is Historic City of Ayutthaya in a distance of 43 mi (or 69 km), North. Need some hints on where to stay? We compiled a list of available hotels close to the map centre further down the page.

Being here already, you might want to pay a visit to some of the following locations: Samphanthawong, Bang Rak, Pathum Wan, Bangkok and Thon Buri. To further explore this place, just scroll down and browse the available info. 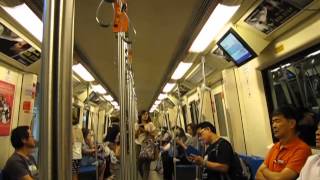 Aboard the Bangkok MRT between Lumphini & Hua Lamphong. 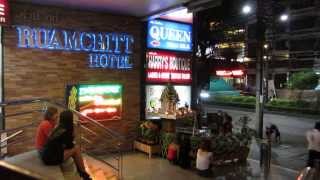 Be a fly on the wall as night descends on sleazy Sukhumvit Road in Bangkok the city of sin. Thai street girl freelancers come out onto the street and into the bowels of the age old Thermae... 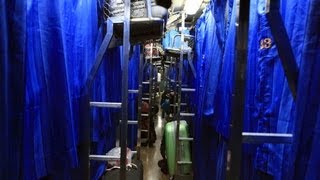 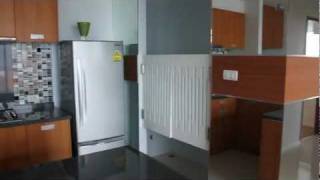 Bangkok Condo Finder http://www.bangkokcondofinder.com This Bangkok condos for rent at Villa Sathorn has has a living area of 90 square meters. The unit is features 2 bedrooms and 2 bathrooms.... 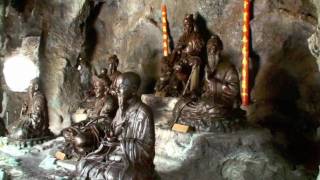 ".....A look at the Sino-Thai Temple known as the "Chee Chin Khor Moral Uplifting Society in Thonburi, Bangkok on the banks of the River Chao Phraya......The Society was founded in 1952 to... 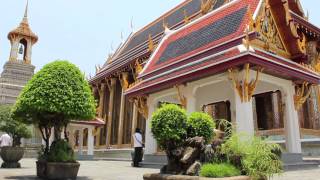 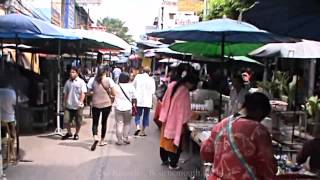 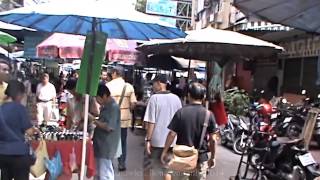 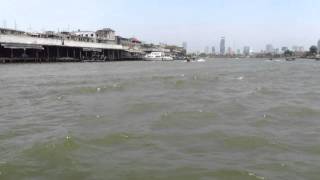 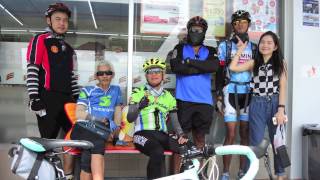 The Princess Mother Memorial Park (Thai: อุทยานเฉลิมพระเกียรติสมเด็จพระศรีนครินทราบรมราชชนนี, often shortened to สวนสมเด็จย่าฯ, Suan Somdet Ya) is a park in Bangkok, Thailand. It was established in 1993, and opened on January 21, 1997, by King Bhumibol Adulyadej, in remembrance of his mother, Srinagarindra, the Princess Mother.

Yaowarat Road in Samphanthawong district is home to Bangkok's Chinatown, which is centred on Sam Pheng Lane (ซอยสำเพ็ง numbered as Soi Wanit 1. ) Chinatown's Sam Peng Market (ตลาดสำเพ็ง) is an old business centre noted for a post-WW II visit by the young king Ananda Mahidol. Modern Chinatown now covers a large area around Yaowarat and Charoen Krung Road. There are many small streets and alleys full of shops and vendors selling all types of goods.

Located at 13.7411, 100.508 (Lat. / Lng.), about 1 miles away.
Wikipedia Article
Streets in Bangkok, Neighbourhoods of Bangkok, Chinatowns in Asia, Shopping districts and streets in Thailand, Samphanthawong District

Assumption College is a private Catholic all boy school located in Bangkok, Thailand. The school was founded by Father Emile August Colombet in 1885, Assumption College is the third-oldest school in Thailand and has been regarded as one of the leading schools in Thailand for a long time. The school provides education for students from grade 1 through 12 (K-12). the school entrance especially in the first grade is highly competitive.

Hua Lamphong Railway Station, officially known as the Bangkok Railway Station, is the main railway station in Bangkok, Thailand. It is located in the center of the city in Pathum Wan District, and is operated by the State Railway of Thailand. The station was opened on June 25, 1916 after six years' construction. The site of the railway station was previously the national railway's maintenance centre, which moved to Makkasan in June 1910.

The Taksin Bridge is a bridge crossing the Chao Phraya river in Bangkok, Thailand. The bridge was designed with a large gap between opposing traffic directions to accommodate a canceled mass transit system. The disused foundations were eventually adapted for the BTS Skytrain, with train services across the bridge beginning on 15 May 2009. The entry ramp on the east side of the river contains the Saphan Taksin Skytrain station as well as a pier for the Chao Phraya Express Boat.

River City Shopping Complex is a shopping mall in Bangkok, Thailand. It is located alongside the Chao Phraya River on the Si Phraya Pier. Developed by the Italthai Group and The Mandarin Oriental Hotel Group, it opened on December 1, 1984 and it has a floor area of 47,567 m². When it was completed in 1984 the complex was awarded the Gold Medal for the “Best Commercial Complex” by the Association of Siamese Architects under the Royal Patronage of Thailand.

Bangkok Folk Museum is a museum in Bangkok, Thailand. It is located at Soi Charoen Krung 43, near the Sri Rat Expressway several hundred metres from the right bank of the Chao Phraya and the intersection of Charoen Krung Road and Maha Set Road. Set in a building dating back to the World War II period, the museum offers an insight into the lifestyles of middle-class Bangkokians during World War II and its aftermath (1937-1957).

The Leng Buai Ia Shrine is a Chinese shrine, in the Samphanthawong district of Bangkok's Chinatown. It is located in a courtyard amongst a network of narrow alleys off Charoen Krung Road.

Located at 13.7419, 100.509 (Lat. / Lng.), about 1 miles away.
Wikipedia Article
Buildings and structures in Bangkok, Religious buildings completed in 1658, Places of worship in Bangkok, Samphanthawong District

Wat San Chao Chet is a Cantonese Mazu (goddess) temple, it was built by Chinese Cantonese immigrants in 1851, located in the Bang Rak district of Bangkok, Thailand, on the east bank of the Chao Phraya River.

The Peninsula Bangkok is a luxury hotel located at the end of the Charoennakon Road directly beside the Chao Phraya River. The hotel is part of The Peninsula Hotels Group based in Hong Kong which is owned by Hongkong and Shanghai Hotels Limited. The Hotel has won numerous awards for luxury including Asia's number one city hotel and the best hotel in Bangkok.

These are some bigger and more relevant cities in the wider vivinity of Khlong San.

This place is known by different names. Here the ones we know:
Amphoe Khlong San, Khlong San, คลองสาน