Iraq with its capital Baghdad is located in Asia (Middle East, bordering the Persian Gulf). It covers some 438,318 square kilometers (slightly more than three times the size of New York state) with a population of 39,192,100. Arabic, Kurdish and Armenian are the languages spoken by people in Iraq (consider regional differences). Iran, Jordan, Kuwait, Saudi Arabia, Syria and Turkey are bordering countries. 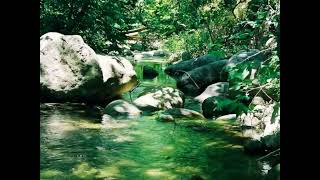 Iraq is a country in the Middle East. It lies at the north end of the Persian Gulf and has a small (58 km) coastline in the southeast of the country. It is surrounded by Iran to the east, Kuwait to the south, Saudi Arabia to the southwest, Jordan to the west, Syria to the northwest, and Turkey to the north. The past 40 years of disastrous government and devastating wars has taken its toll on Iraq's travel industry.

The topography is mostly broad plains with reedy marshes along Iranian border in south with large flooded areas as well as mountains along borders with Iran and Turkey. The average density of population is about 89 per km². The climate in Iraq can be described as mostly desertmild to cool winters with dry, hot, cloudless summers, northern mountainous regions along Iranian and Turkish borders experience cold winters with occasionally heavy snows that melt in early spring, sometimes causing extensive flooding in central and southern Iraq. Potential natural disasters are dust storms, floods and sandstorms.

To reach someone Iraq dial +964 prior to a number. The local cellular networks are operated on 900 MHz, 3G, 4G. Websites typically end with the top level domain ".iq". If you want to bring electric appliances (e.g. battery chaarger), keep in min the local 230 V - 50 Hz (plugs: C, D, G). The sign for the locally used currency Dinar is IQD.

Three equal horizontal bands of red (top), white, and black; the Takbir (Arabic expression meaning "God is great") in green Arabic script is centered in the white band; the band colors derive from the Arab Liberation flag and represent oppression (black), overcome through bloody struggle (red), to be replaced by a bright future (white); the Council of Representatives approved this flag in 2008 as a compromise temporary replacement for the Ba'thist SADDAM-era flag.

Formerly part of the Ottoman Empire, Iraq was occupied by the United Kingdom during the course of World War I; in 1920, it was declared a League of Nations mandate under UK administration. In stages over the next dozen years, Iraq attained its independence as a kingdom in 1932. A "republic" was proclaimed in 1958, but in actuality a series of strongmen ruled the country until 2003. The last was SADDAM Husayn from 1979 to 2003. Territorial disputes with Iran led to an inconclusive and costly eight-year war (1980-88). In August 1990, Iraq seized Kuwait but was expelled by US-led UN coalition forces during the Gulf War of January-February 1991. Following Kuwait's liberation, the UN Security Council (UNSC) required Iraq to scrap all weapons of mass destruction and long-range missiles and to allow UN verification inspections. Continued Iraqi noncompliance with UNSC resolutions over a period of 12 years led to the US-led invasion of Iraq in March 2003 and the ouster of the SADDAM Husayn regime. US forces remained in Iraq under a UNSC mandate through 2009 and under a bilateral security agreement thereafter, helping to provide security and to train and mentor Iraqi security forces. In October 2005, Iraqis approved a constitution in a national referendum and, pursuant to this document, elected a 275-member Council of Representatives (COR) in December 2005. The COR approved most cabinet ministers in May 2006, marking the transition to Iraq's first constitutional government in nearly a half century. Nearly nine years after the start of the Second Gulf War in Iraq, US military operations there ended in mid-December 2011. In January 2009 and April 2013, Iraq held elections for provincial councils in all governorates except for the three comprising the Kurdistan Regional Government and Kirkuk Governorate. Iraq held a national legislative election in March 2010 - choosing 325 legislators in an expanded COR - and, after nine months of deadlock, the COR approved the new government in December 2010. In April 2014, Iraq held a national legislative election and expanded the COR to 328 legislators. Prime Minister Nuri al-MALIKI dropped his bid for a third term in office, enabling new Prime Minister Haydar al-ABADI, a Shia Muslim from Baghdad, to win legislative approval of his new cabinet in September 2014. Since 2014, Iraq has been engaged in a military campaign against ISIS to recapture territory lost in the western and northern portion of the country.