Nasiriyah in Nassriya District (Muḩāfaz̧at Dhī Qār) with it's 400,249 citizens is a place in Iraq about 191 mi (or 308 km) south-east of Baghdad, the country's capital city.

Current time in Nasiriyah is now 02:44 PM (Sunday). The local timezone is named Asia / Baghdad with an UTC offset of 3 hours. We know of 7 airports near Nasiriyah, of which 3 are larger airports. The closest airport in Iraq is Basrah International Airport in a distance of 90 mi (or 146 km), East. Besides the airports, there are other travel options available (check left side).

While being here, you might want to pay a visit to some of the following locations: Suq ash Shuyukh, Ash Shatrah, Ar Rifa'i, Al Jabayish and Al Maymunah. To further explore this place, just scroll down and browse the available info. 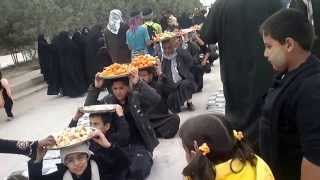 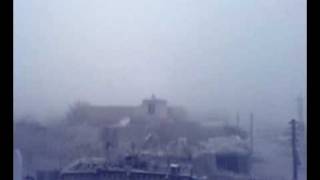 Videotaped by me with my Nokia N73. 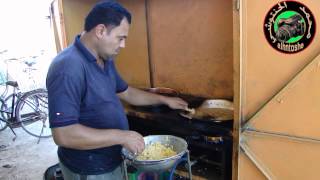 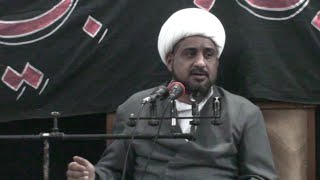 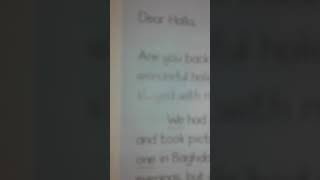 The Battle of Nasiriyah was fought between the US 2nd Marine Expeditionary Brigade and Iraqi forces, from March 23 to April 2, 2003, during the US-led invasion of Iraq. Nasiriyah is a city which lies along the banks of the Euphrates River, in Dhi Qar Province, about 225 miles southeast of Baghdad, with its population being made up almost entirely of Shiite Muslims.

An Nasiriyah Stadium, is a multi-use stadium in An Nasiriyah, Iraq. It is currently used mostly for football matches and serves as the home stadium of An Nasiriyah FC. The stadium holds 10,000 people.

Nasiriyah is a city in Iraq. It is on the Euphrates about 225 miles (370 km) southeast of Baghdad, near the ruins of the ancient city of Ur. It is the capital of the province of Dhi Qar. According to the 1987 census the city had a population of 265,937 people; the estimated population in 2003 was 560,200. The population of Nasiriyah is nearly exclusively Shī‘a Muslims with small Mandaean and Sunni muslim communities, until 1951 the town was a home to a sizable Jewish community.

These are some bigger and more relevant cities in the wider vivinity of Nasiriyah.