Irákleion in Nomós Irakleíou (Crete) with it's 137,154 habitants is located in Greece about 200 mi (or 321 km) south-east of Athens, the country's capital town.

Current time in Irákleion is now 07:48 PM (Friday). The local timezone is named Europe / Athens with an UTC offset of 3 hours. We know of 9 airports close to Irákleion, of which two are larger airports. The closest airport in Greece is Heraklion International Nikos Kazantzakis Airport in a distance of 2 mi (or 4 km), East. Besides the airports, there are other travel options available (check left side).

While being here, you might want to pay a visit to some of the following locations: Gazi, Gournes, Kastelli, Agioi Deka and Moires. To further explore this place, just scroll down and browse the available info. 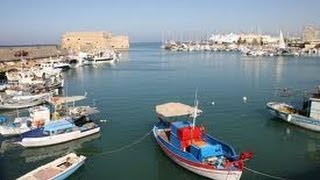 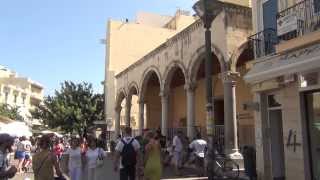 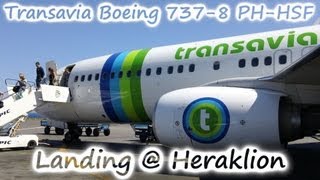 Landing was not so smooth and that is one bumpy runway ... 9 minutes of wingview with a lot of boeings parked and a unexpected take off all filmed from seat 11F. Hope you enjoy! Like me on... 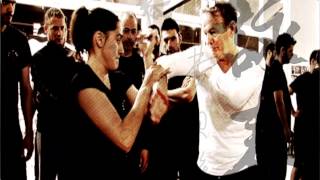 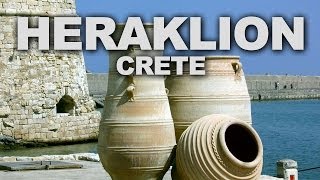 Heraklion & Knossos, the Capital of Crete and an Ancient Historical Site

Heraklion is the major city and capital of the largest Greek island of Crete. Its Archaeological Museum holds the remains of the 3000-year old Minoan civilization, which grew around the nearby... 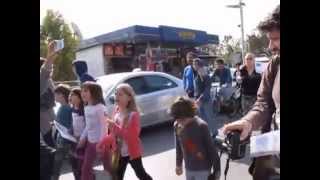 March through Heraklion to save the SEEH

Pupils, teachers, and parents of the School of European Education (SEEH) march through Heraklion as part of their campaign to save their school. Please help us! Sign our petition: bit.ly/1jHji... 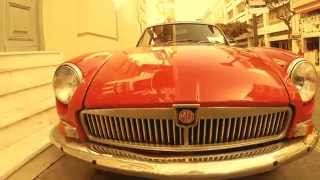 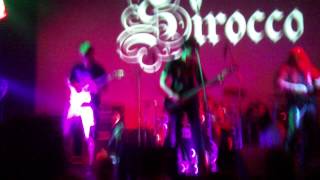 Sirocco play MaelSuthain on the last night of their Cretian tour with Rotting Christ. www.facebook.com/siroccoband | www.siroccoband.com. 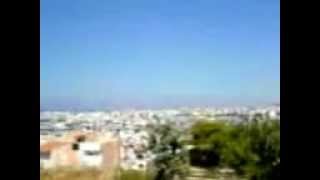 The Siege of Candia was a military conflict in which Ottoman forces besieged the Venetian-ruled city and were ultimately victorious. Lasting from 1648 to 1669, it was the longest siege in history.

The Heraklion Archaeological Museum is a museum located in Heraklion on Crete. It is one the greatest museums in Greece and the best in the world for Minoan art, as it contains the most notable and complete collection of artifacts of the Minoan civilization of Crete.

The Historical Museum of Crete was founded by the Society of Cretan Historical Studies in 1953 and is housed in a neoclassical building of significant architectural merit (the A. & M. Kalokairinos House, 1903) in the city of Heraklion on Crete, an island of Greece. The museum was expanded following the addition of a new wing and floor. The museum’s permanent collections highlight the art and history of Crete from the 4th century AD up to and including the Second World War.

Collection of Agia Aikaterini of Sinai

The Collection of Agia Aikaterini of Sinai is a museum in Heraklion, Crete, Greece.

Museum of the Battle of Crete

The Municipal Museum of the Battle of Crete and the National Resistance is a historical museum in Heraklion, Crete, Greece.

The Koules is an isolated Venetian-era fortress at the entrance to the Old Port of Heraklion, Crete, Greece. It was known to the Venetians by its Italian name "Rocca al Mare".

Museum of Visual Arts or Museum of Plastic Arts is a museum located on Nymphon Street in Heraklion, Crete, Greece. The museum was established in order to support cultural and artistic activity and to promote the work of Cretan artists. The museum organizes educational seminars and lectures on art, as well as conferences, concerts, and publications.

Eleftheriou Venizelou Square (Greek: Πλατεία Ελευθερίου Βενιζέλου) is a square in the city of Heraklion in Crete, named after the Cretan statesman Eleftherios Venizelos. It is however more commonly known as Lions Square after the Venetian-era Morosini Fountain (popularly called "τα Λιοντάρια", "The Lions") in its midst, which features four lions supporting the main basin.

The Natural History Museum of Crete (NHMC) (Greek: Μουσείο Φυσικής Ιστορίας Κρήτης, ΜΦΙΚ) in Heraklion, Crete is a natural history museum that operates under the auspices of the University of Crete. Its aim is the study, protection and promotion of the diverse flora and fauna of the Eastern Mediterranean region. The museum is based in a restored industrial building that used to house an electricity power plant.

These are some bigger and more relevant cities in the wider vivinity of Irákleion.