Piraeus in Nomós Attikís (Attica) with it's 163,688 citizens is a place in Greece a little south-west of Athens, the country's capital city.

Current time in Piraeus is now 06:34 AM (Thursday). The local timezone is named Europe / Athens with an UTC offset of 3 hours. We know of 9 airports near Piraeus, of which two are larger airports. The closest airport in Greece is Athen Helenikon Airport in a distance of 6 mi (or 10 km), South-East. Besides the airports, there are other travel options available (check left side).

There are several Unesco world heritage sites nearby. The closest heritage site in Greece is Acropolis, Athens in a distance of 5 mi (or 8 km), East. We encountered 3 points of interest in the vicinity of this place. If you need a hotel, we compiled a list of available hotels close to the map centre further down the page.

While being here, you might want to pay a visit to some of the following locations: Keratsini, Nikaia, Korydallos, Moskhaton and Agia Varvara. To further explore this place, just scroll down and browse the available info. 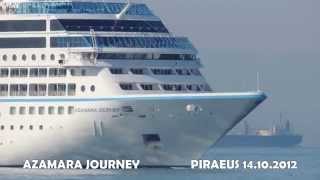 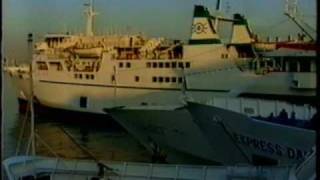 Video from a trip to Poros. Lot of old Greek Ferries arriving a t Piraeus port, and another is ready for sailing... 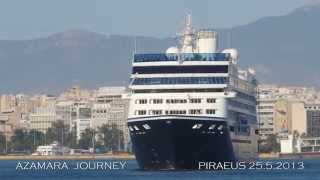 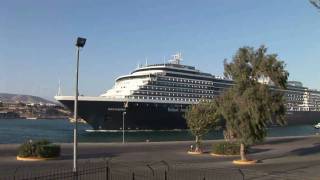 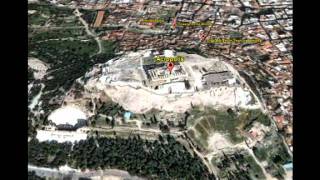 If your Cruise Ship, docks in Piraeus Port for a short stop, experience the beauties of our city by a special way! Visit our web-site http://www.stargroup.gr/ and book your tour now! 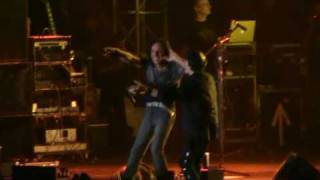 Sorrry for the bit shaky image. I was zooming from far with no camera stand.. Enjoy. 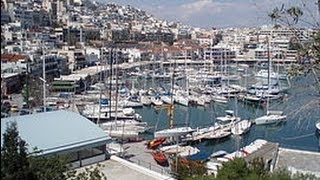 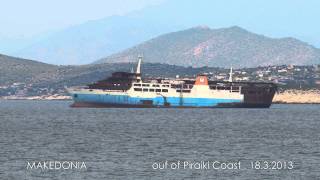 the almost converted from Ro/Lo to a ferry ship name MAKEDONIA ex Ferry Amami ,leaves Perama for her last trip as it is rumoured.In this video you can watch this unlucky lady out of Piraiki... 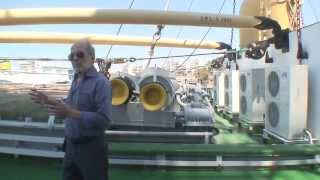 Visit of the Maritime Studies department of CityUnity College, to the "Hellas Liberty" museum ship, on June 2, 2012. Tour, given by Prof. Giannakis. 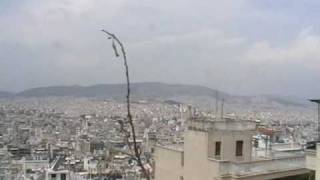 Some stunning views of the city of Piraeus (south Athens-Greece) from the Hill of Profitis Ilias. (The location is the cafeteria Porto Leone). You may see the commercial port in the far distance...

Basileiades is one of the most historic Greek machine building companies and the largest in its field in the country (as well as one of the most important Greek companies) during the second half of the 19th century.

The Panteion University of Social and Political Sciences (Greek: Πάντειον Πανεπιστήμιο Κοινωνικών και Πολιτικών Επιστημών), usually referred to simply as the Panteion University, is a university located in Athens, Greece. Founded in 1927, it is among the three oldest universities of political sciences in Europe.

The Hellenic Naval Academy (Greek: Σχολή Ναυτικών Δοκίμων, lit. "School of Naval Cadets") is a military academy with university status and has the responsibility to educate and suitably train competent Naval Officers for the Hellenic Navy. Its full name is Hellenic Naval Cadets Academy and was founded in 1845. The academy is one of the oldest educational institutions in Greece. The academy educates Deck and Engineering Naval cadets.

Freattyda is the name of a residential area in Piraeus, Greece. It is situated in the southeastern part of the city, near the Zea harbour. The Hellenic Maritime Museum is situated in Freattyda.

The Archaeological Museum of Piraeus, Attica, contains mainly sculptures, discovered in Piraeus and in the area of the Attic coast from Bronze Age to Roman times

The University of Piraeus is a university located in Piraeus, Greece with a total of nine academic departments focused mainly on economics, business management and information technology. It is currently one of the leading academic institutions in the country.

Located at 37.9417, 23.653 (Lat. / Lng.), about 1 miles away.
Wikipedia Article
Universities in Greece, Buildings and structures in Piraeus, Educational institutions established in 1938

The Bay of Zea, since Ottoman times and until recently known as Pasalimani (Πασαλιμάνι), is a broad bay located at the eastern coast of the Piraeus peninsula in Greece. It hosted the swimming events at the 1896 Summer Olympics held in Athens. A seaport and marina are located in the bay.

These districts belong to Piraeus.

These are districts that are close by, but belong to a different city than Piraeus.

These are some bigger and more relevant cities in the wider vivinity of Piraeus.

Panel On ‘International Leadership And Management’
Starting at: 11:00 am (11:00).
More Information: eventful.com.

Panel On Sustainable Development
Starting at: 03:00 am (03:00).
More Information: eventful.com.