Náfplio in Nomós Argolídos (Peloponnese) with it's 14,582 habitants is a city located in Greece about 57 mi (or 92 km) south-west of Athens, the country's capital town.

Current time in Náfplio is now 11:44 PM (Tuesday). The local timezone is named Europe / Athens with an UTC offset of 3 hours. We know of 9 airports closer to Náfplio, of which two are larger airports. The closest airport in Greece is Porto Cheli Airport in a distance of 26 mi (or 43 km), South-East. Besides the airports, there are other travel options available (check left side).

There are several Unesco world heritage sites nearby. The closest heritage site in Greece is Archaeological Sites of Mycenae and Tiryns in a distance of 12 mi (or 19 km), North. In need of a room? We compiled a list of available hotels close to the map centre further down the page.

Since you are here already, you might want to pay a visit to some of the following locations: Argos, Nemea, Zevgolatio, Corinth and Kranidi. To further explore this place, just scroll down and browse the available info. 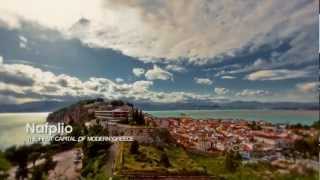 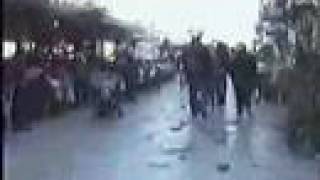 The Streets of Nafplion Greece

Nafplio is a perfect city to stroll and relax on vacation. Nafplion is a port, with fishing and transport ongoing, although the primary source of local employment currently is tourism, with... 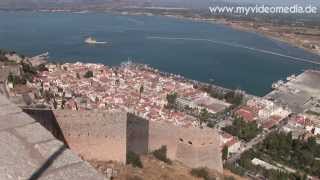 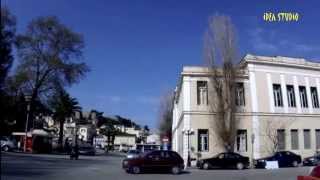 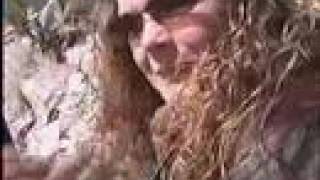 Nafplion and Carnival in Greece

The name of the town in Greek is Ναύπλιο or in Ancient Greek Ναύπλιον/Ναύπλιων (adding omega/nu, thus the transliteration "Nafplion"). As is the case with many Greek... 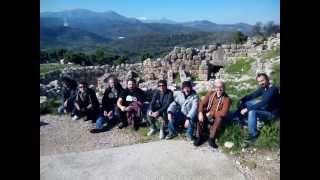 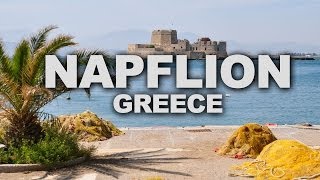 Nafplio in Greece, Former Capital of the First Hellenic Republic

Nafplio is a small town in Peloponnese, Greece. The name is the remnant of the old venetian name Napoli di Romania, the name of the area during the late Byzantine times. Nafplio is a seaport... 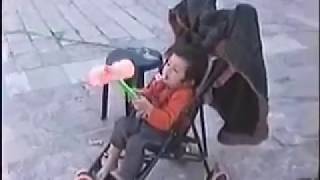 Carnival is a festival season. It occurs immediately before Lent; the main events are usually during February or March. It typically involves a public celebration or parade combining some elements... 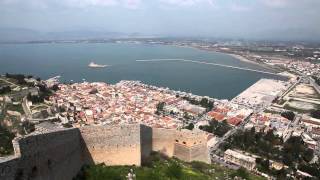 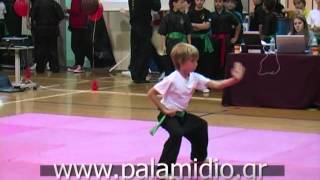 The merely 1000 spectators had the opportunity to experience a two-days event including plenty of spectacular fights and performances by 180 TAOLU athletes and 58 Qinda fighters along with...

Tiryns is a Mycenaean archaeological site in Argolis in the Peloponnese, some kilometres north of Nauplion.

The Acronauplia (Modern Greek: Ακροναυπλία, Akronafplia, Turkish: Iç Kale, "Inner Castle") is the oldest part of the city of Nafplion in Greece. Until the thirteenth century, it was a town on its own. The arrival of the Venetians and the Franks transformed it into part of the town fortifications.

Palamidi is a fortress to the east of the Acronauplia in the town of Nafplio in the Peloponnese region of southern Greece. Nestled on the crest of a 216-metre high hill, the fortress was built by the Venetians during their second occupation of the area (1686–1715). The fortress was a very large and ambitious project, but was finished within a relatively short period from 1711 until 1714. It is a typical baroque fortress based on the plans of the engineers Giaxich and Lasalle.

The castle of Bourtzi (Greek: Μπούρτζι, from Ottoman Turkish برج - burc meaning "tower") is located in the middle of the harbour of Nafplio. The Venetians completed its fortification in 1473 to protect the city from pirates and invaders from the sea. The Greeks regained it from the Turks on June 18, 1822, from where they assisted in the siege of Nafplio. Until 1865 it served as a fortress. It was then transformed into residence of the executioners of convicts from the castle of Palamidi.

Aria is a community in the municipality of Nafplio, Argolis, southern Greece. It consists of the villages Aria and Exostis.

These are some bigger and more relevant cities in the wider vivinity of Náfplio.