Maroúsi in Nomarchía Athínas (Attica) with it's 72,333 citizens is a town in Greece a little north-east of Athens, the country's capital city.

Current time in Maroúsi is now 08:45 AM (Sunday). The local timezone is named Europe / Athens with an UTC offset of 3 hours. We know of 9 airports near Maroúsi, of which two are larger airports. The closest airport in Greece is Eleftherios Venizelos International Airport in a distance of 11 mi (or 18 km), South-East. Besides the airports, there are other travel options available (check left side).

There are several Unesco world heritage sites nearby. The closest heritage site in Greece is Acropolis, Athens in a distance of 7 mi (or 11 km), South-West. We discovered 3 points of interest in the vicinity of this place. Looking for a place to stay? we compiled a list of available hotels close to the map centre further down the page.

When in this area, you might want to pay a visit to some of the following locations: Pefki, Chalandri, Kifissia, Melissia and Vrilissia. To further explore this place, just scroll down and browse the available info.

Navarino Icons is a series of high quality food products and art objects, inspired by the history and culture of the Messinian region and the Peloponnese. Navarino Icons reflects the desire... 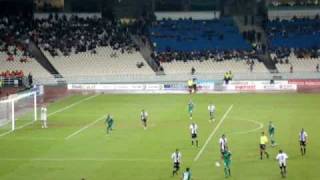 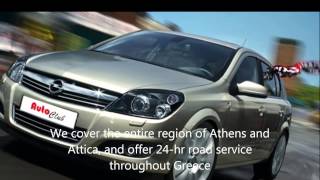 www.autoclubrental.gr The Auto Club car hire agency in Athens Greece is a dependable and highly-professional agency in the suburb of Maroussi that provides first-rate services for car hire... 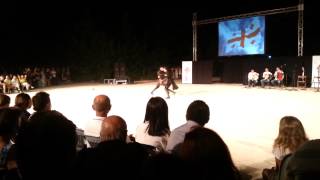 A folk troupe from Abkazia demonstrating martial dances of the region. 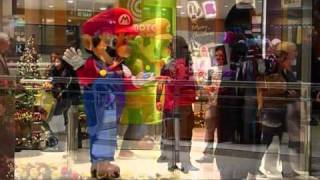 Super Mario is having a nice walk in the city of Athens, taking a brake from his Road Show in Greece. 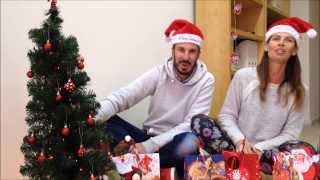 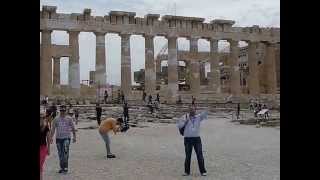 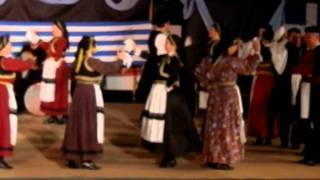 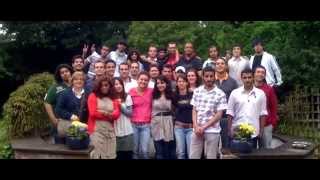 Tennis at the 2004 Summer Olympics

Tennis at the 2004 Summer Olympics took place on ten separate courts at the Olympic Tennis Centre. The surface was hardcourt, specifically DecoTurf. 172 players competed in 4 events. 2004 saw more of the top ranked players appearing, as this tournament saw world ranking points allocated to the players for the first time. Martina Navratilova made her first appearance at the Olympic Games where she partnered with Lisa Raymond in the ladies doubles event.

The Olympic Tennis Centre is a grouping of 16 tennis courts at the Athens Olympic Sports Complex. It hosted the tennis matches at the 2004 Summer Olympics in Athens, Greece.

The Mall Athens is a shopping mall in Athens, Greece. It was the first of the kind to be constructed in Greece and one of the largest shopping and leisure centres in Southeastern Europe. The Mall Athens is located close to the Athens Olympic Stadium in the suburb of Maroussi and was opened to the public on November 25, 2005.

The German School of Athens, or Deutsche Schule Athen (GSA / DSA, in Greek Γερμανική Σχολή Αθηνών, ΓΣΑ or also known Dörpfeld Gymnasium), is a coeducational independent, high school in Greece. The school has been in operation since 1896. It was founded by architect and archeologist Wilhelm Dörpfeld.

Institute for Language and Speech Processing

The Institute for Language and Speech Processing (ILSP) (Greek: Ινστιτούτο Επεξεργασίας του Λόγου, ΙΕΛ) is a Greek non-profit private foundation focusing on applied research in Speech Processing, Natural Language Processing and Computer-Assisted Language Learning. The goal of ILSP is to support the growth of Language Technology in Greece.

Nerantziotissa station is a complex of two train stations located in Maroussi, Greece, a northern suburb of Athens. The first is a station of the Athens Metro and the second is a suburban railway station. Its name comes from an old Byzantine church, Panagia Nerantziotissa (Παναγία Νεραντζιώτισσα), located nearby. Nerantziotissa station was built for the 2004 Olympic Games. The station is near the Mall, a large US-style shopping centre. It is also close to Athens Olympic Sports Complex.

Eirini or Irini station is an ISAP metro station in Ano Maroussi, Greece several kilometres north of Athens and is next to the Olympic Complex. It is marked at the 20.850 kilometres from the starting point in Piraeus. The station is named after the Greek word for peace (ειρήνη) in which it is the pure symbol of sports and world peace. In the same spot, the present ISAP station was opened on March 4, 1957, and uses the same name.

Marousi station (Greek: Σταθμός Μαρουσίου - Stathmos Marousiou) is on Athens Metro Line 1, in Marousi, Greece, several kilometres north of Athens. It is marked at the 23.457 km from the starting point in Piraeus. In the same spot, the present ISAP station was opened on March 4, 1957 and was renovated in 2004. It features two platforms. It sits in the older train station of Attica Railways with an homonymous name.

KAT station (Greek: Σταθμός ΚΑΤ or Stathmos KAT) is an Athens Metro train station in Kifissia, Greece, next to the Traumatic Recovery Center (KAT), from which it derives its name. The station is situated several kilometres north of Athens and 24.631 km from the starting point in Piraeus. The station was opened on March 27, 1989, and was renovated in 2004. It contains two platforms.

The Spathario Shadow Theatre Museum is a museum in Maroussi, Athens, Greece. It exhibits mostly shadow puppet artifacts and it is named after prominent Greek puppet shadow artist Evgenios Spatharis. It was established in 1991 in the municipality of Maroussi and opened in 1996.

Located at 38.0633, 23.8014 (Lat. / Lng.), about 1 miles away.
Wikipedia Article, Homepage
Art museums and galleries in Greece, Museums in Athens, Foundations based in Greece, Art museums established in 1981, 1981 establishments in Greece, Biographical museums in Greece

The Kifisias Avenue Rail Station is a railway station located on Kifisias Avenue in Marousi, Greece. The station is served by Proastiakos trains. It is on the Athens Airport - Kiato Line. It was first opened on July 30, 2004. It is located in the middle of Attiki Odos/number 6 below the circle interchange and Kifisia Avenue. The station should not be confused with the Kifisia station of ISAP, which is located in the suburb of Kifisia, further north.

These districts belong to Maroúsi.

These are districts that are close by, but belong to a different city than Maroúsi.

These are some bigger and more relevant cities in the wider vivinity of Maroúsi.