Néa Ionía in Nomarchía Athínas (Attica) with it's 67,134 citizens is a place in Greece a little north-east of Athens, the country's capital city.

Current time in Néa Ionía is now 08:56 PM (Monday). The local timezone is named Europe / Athens with an UTC offset of 3 hours. We know of 9 airports near Néa Ionía, of which two are larger airports. The closest airport in Greece is Athen Helenikon Airport in a distance of 10 mi (or 16 km), South. Besides the airports, there are other travel options available (check left side).

There are several Unesco world heritage sites nearby. The closest heritage site in Greece is Acropolis, Athens in a distance of 5 mi (or 8 km), South. We encountered 3 points of interest in the vicinity of this place. If you need a hotel, we compiled a list of available hotels close to the map centre further down the page.

While being here, you might want to pay a visit to some of the following locations: Irakleio, Nea Filadelfeia, Galatsi, Psychiko and Metamorfosi. To further explore this place, just scroll down and browse the available info. 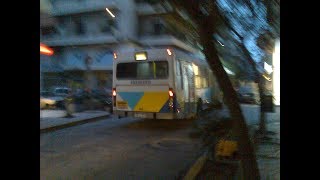 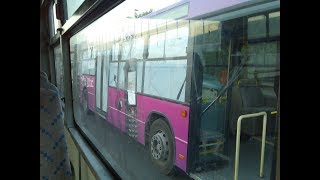 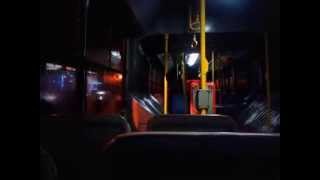 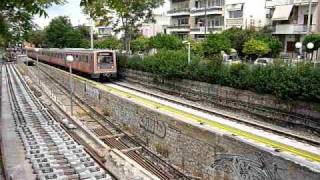 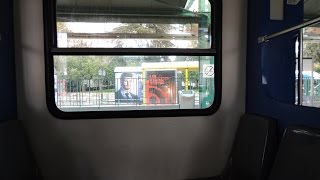 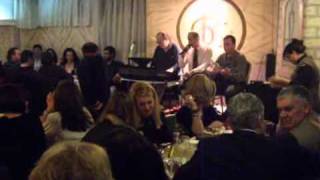 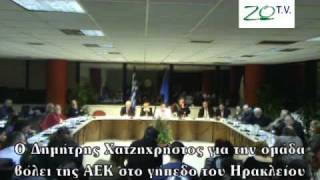 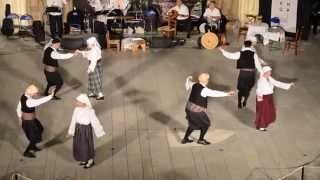 The Galatsi Olympic Hall is an indoor arena in Athens, Greece. It is located in Galatsi and it was the site of table tennis and rhythmic gymnastics at the 2004 Summer Olympics. The arena was completed in May 2004 and officially opened on July 30, 2004, shortly before the beginning of the Olympics. The Galatsi Olympic Hall had a seating capacity of 8,000. After the Olympics, the Hall served as the home court of AEK Athens before the team moved to the Olympic Indoor Hall.

The Olympic Velodrome is a stadium at the Athens Olympic Sports Complex, built in 1991 for the Mediterranean Games. It was extensively refurbished in order to host the track cycling events at the 2004 Summer Olympics in Athens, Greece. The stadium, which seats 5,250 - though only 3,300 seats were made publicly available for the games - has distinctive twin roofs covering the stands on each side, designed by Santiago Calatrava. The track, made of Afzelia wood, is 250 m. long and 7.5 m. wide.

Nikos Goumas Stadium was a multi-purpose stadium in Nea Filadelfeia, a northwestern suburb of Athens, Greece. It was used mostly for football matches and was the home stadium of AEK Athens FC. It was named after a one-time club president, Nicholas Goumas, who contributed to its building and later upgrading. It was previously known as "Nea Filadelfeia Stadium" or simply "AEK Stadium". The stadium's capacity was 24,729, as built in 1930. Until 1979, it had a horseshoe shape.

Georgios Kamaras Stadium is a multi-purpose stadium in Athens, Greece. It is currently used mostly for football matches and is the home stadium of Apollon Smyrnis. The stadium holds 14,856 and was built in 1948. It was used by Olympiacos for about 2 years (2002–2004) as home ground, due to the construction of their new stadium Karaiskaki.

The Perissos or Perisos station is a station on Athens Metro Line 1 in Ano Patissia, Athens. It is 16.556 km from Piraeus. The station is founded by the limits of Nea Ionia and is named after the neighbourhood of Perissos. It was first opened on March 14, 1956 was renovated in 2004. It features two platforms. The station features escalators and lifts for the disabled. The plan for Line 4 lists Perissos as an interchange.

The Pefkakia station is an ISAP train station in Nea Ionia, Athens, Greece. It is marked at the 17.231 km from the starting point in Piraeus. The station is founded by the limits of Nea Ionia and is named after the neighbourhood of Pefkakia. It was first opened on July 5, 1956 was renovated in 2004. It features two platforms.

The Irakleio (Greek: Σταθμός Ηρακλείου - Stathmos Irakleiou) is an ISAP train station in Irakleio, Attica, Greece, a suburb to the north of Athens. It is marked at the 19,246 km from the starting point in Piraeus. Initially the station served the Athens–Lavrion Railway and Lavrion Square-Strofyli railway, ran by the Attica Railways. From 1929 the Lavrion branch was operated by Piraeus, Athens and Peloponnese Railways.

These are districts that are close by, but belong to a different city than Néa Ionía.

These are some bigger and more relevant cities in the wider vivinity of Néa Ionía.