The district Ymittos of in Nomarchía Athínas (Attica) with it's 11,000 inhabitants Ymittos is located in Greece a little south-east of Athens, the country's capital.

Depending on your travel schedule, you might want to pay a visit to some of the following locations: Vyronas, Dafni, Kaisariani, Agios Dimitrios and Ilioupoli. To further explore this place, just scroll down and browse the available info. 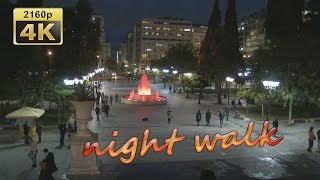 A Walk through the City of Athens - Greece 4K Travel Channel 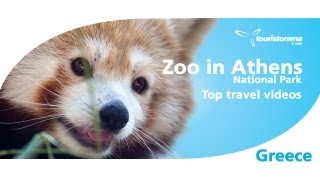 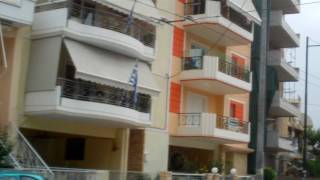 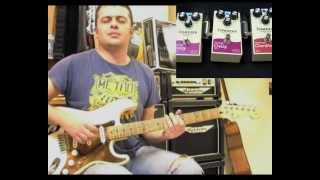 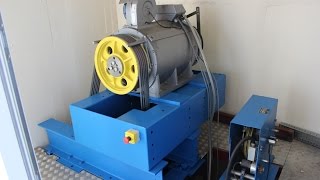 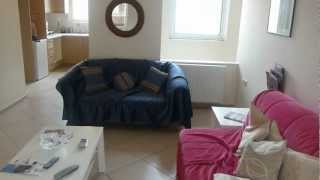 It is a brand new apartment, construction 2007, at the first floor of a block of flats. It is sunny, with wide windows and a spacious balcony where you can have your coffee and relax, overlooking... 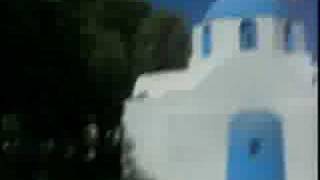 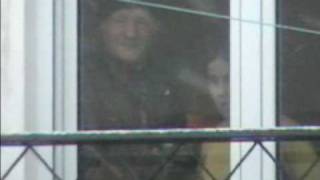 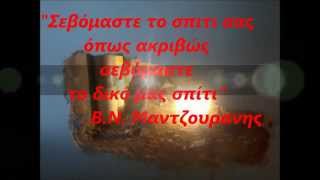 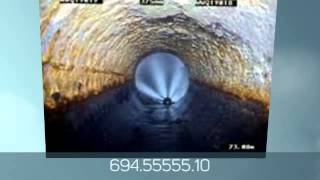 The Benaki Museum, established and endowed in 1930 by Antonis Benakis in memory of his father Emmanuel Benakis, is housed in the Benakis family mansion in downtown Athens, Greece. The museum houses Greek works of art from the prehistorical to the modern times, an extensive collection of Asian art, hosts periodic exhibitions and maintains a state-of-the-art restoration and conservation workshop.

The Arch of Hadrian is a monumental gateway resembling – in some respects – a Roman triumphal arch. It spanned an ancient road from the center of Athens, Greece, to the complex of structures on the eastern side of the city that included the Temple of Olympian Zeus.

The Zappeion (Greek: Ζάππειον Μέγαρο, Záppeion Mégaro) is a building in the National Gardens of Athens in the heart of Athens, Greece. It is generally used for meetings and ceremonies, both official and private.

The Dafni station of the Athens Metro began operating in 2000. It is considered as one of the most important stations of the Metro system. New trade activities around the area have taken place.

Kolonaki Square, is located in central Athens, Greece. Kolonaki itself is named after the small ancient column in the center of the square; the modern official name of this square is Plateia Filikis Etaireias named for the "Friendly Society" that supported Greek independence. Originally, Kolonaki Square was just an area of open ground (around 1890) containing the column, and was only later planted with trees and designated as a square in about 1895-1900.

The Stathatos building (Megaron Stathatou) is a neoclassical villa on the Vasilissis Sophias Avenue. It was built in 1895 by the Saxon-Greek architect Ernst Ziller for the Stathatos Family.

Herodou Attikou Street or Irodou Attikou Street is located east of downtown Athens and is adjacent to the National Garden of Athens. The street is named after the ancient Athenian rhetorician, magnate and major benefactor of the Roman era, Herodes Atticus. The tree-lined one-way street runs from north to south. It is the most expensive piece of housing real estate in Greece, with prices exceeding €25,000 per square metre.

The Nicholas P. Goulandris Foundation - Museum of Cycladic Art is one of the great museums of Athens. It houses a magnificent collection of artifacts of Cycladic art. The museum was founded in 1986 in order to house the collection of Cycladic and Ancient Greek art belonging to Nicholas and Dolly Goulandris. Starting in the early 1960s, the couple collected Greek antiquities, with special interest in the prehistoric art from the Cyclades islands of the Aegean Sea.

The Municipal Art Gallery of Piraeus is a museum in Piraeus, Greece. It was inaugurated in 1957 as part of the Municipal Library in the building of the Municipal Theatre. In 1985 it became an independent department. It is now housed in a building a few blocks away, at 29 Filonos Str.

Dafni is a neighborhood of Athens, Greece.

The Athens Lawn Tennis Club is a tennis club founded in Athens, Greece in 1895. The club hosted the tennis events for the 1896 Summer Olympics. The club now has courts for both squash and tennis.