Corinth in Nomós Korinthías (Peloponnese) with it's 30,176 residents is a town located in Greece about 42 mi (or 67 km) west of Athens, the country's capital place.

Time in Corinth is now 12:14 AM (Wednesday). The local timezone is named Europe / Athens with an UTC offset of 3 hours. We know of 9 airports nearby Corinth, of which two are larger airports. The closest airport in Greece is Athen Helenikon Airport in a distance of 42 mi (or 68 km), East. Besides the airports, there are other travel options available (check left side).

There are several Unesco world heritage sites nearby. The closest heritage site in Greece is Archaeological Sites of Mycenae and Tiryns in a distance of 18 mi (or 29 km), South-West. Need some hints on where to stay? We compiled a list of available hotels close to the map centre further down the page.

Being here already, you might want to pay a visit to some of the following locations: Loutraki, Zevgolatio, Kiato, Nemea and Xylokastro. To further explore this place, just scroll down and browse the available info. 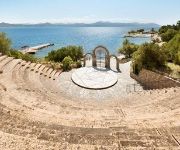 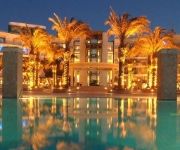 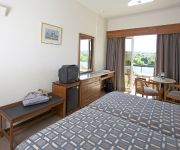 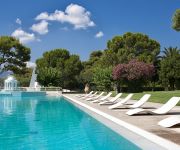 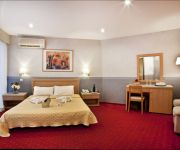 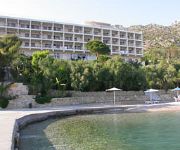 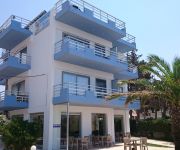 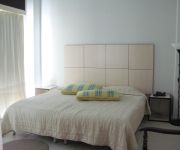 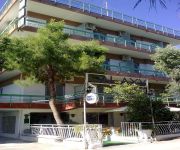 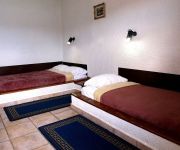 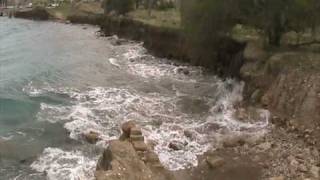 Petition for Saving & Restoring Diolkos: http://www.thepetitionsite.com/takeaction/870/477/005/. This unique monument -usually dated around 600 B.C.- which served for the transportation of... 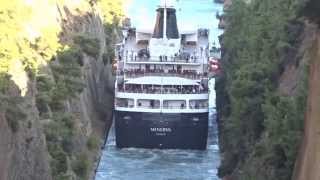 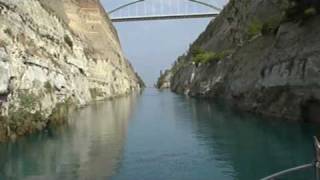 Cruise through the Corinth Canal www.teflcorinth.com. 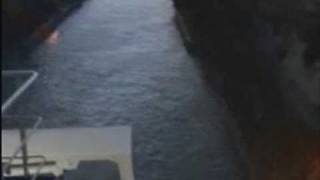 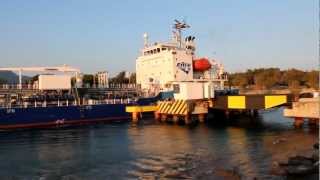 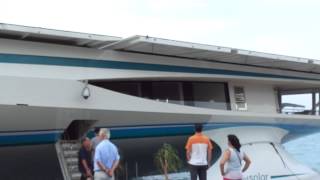 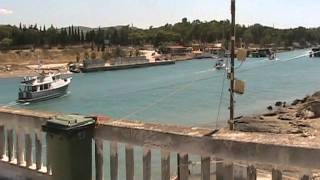 The deterioration of Ancient Diolkos has been going on for decades right at the feet -and in direct view- of one of the two control towers of the Corinth Canal (the one at the Corinthian Gulf).... 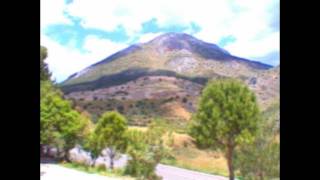 The Ancient, Sacred, and Profane, Episode 2. The Peloponnese. Corinth, Mycenae, Epidaurus. A series of vignettes that document my 2004 college tour of major artistic, archeological and cultural... 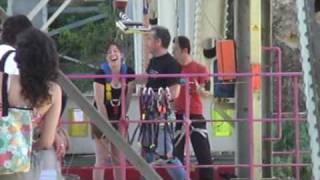 The Corinth Canal (Greek: Διώρυγα της Κορίνθου) is a canal that connects the Gulf of Corinth with the Saronic Gulf in the Aegean Sea. It cuts through the narrow Isthmus of Corinth and separates the Peloponnesian peninsula from the Greek mainland, thus effectively making the former an island. The builders dug the canal through the Isthmus at sea level; no locks are employed. It is 6.4 kilometres in length and only 21.3 metres wide at its base, making it unpassable for most modern ships.

Loutraki is a seaside resort on the Gulf of Corinth, in Corinthia, Greece. It is located 65 km west of Athens and 6 km northeast of Corinth. Loutraki is the seat of the municipality Loutraki-Agioi Theodoroi. The town is well known for its vast natural springs and its therapeutic spas.

The Isthmus of Corinth is the narrow land bridge which connects the Peloponnese peninsula with the rest of the mainland of Greece, near the city of Corinth. The word "isthmus" comes from the Ancient Greek word for "neck" and refers to the narrowness of the land. The Isthmus was known in the ancient world as the landmark separating Peloponnese from mainland of Greece. Theseus, on his way to Athens erected a pillar on the Isthmus of Corinth, which bears two inscriptions.

The Diolkos (Δίολκος, from the Greek διά, dia "across" and ὁλκός, holkos "portage machine") was a paved trackway near Corinth in Ancient Greece which enabled boats to be moved overland across the Isthmus of Corinth. The shortcut allowed ancient vessels to avoid the long and dangerous circumnavigation of the Peloponnese peninsula.

The Temple of Isthmia is an ancient Greek temple on the Isthmus of Corinth dedicated to the god Poseidon and built in the Archaic Period. It is about 16 kilometers east of ancient Corinth. It appears to have been constructed in the seventh century BC though was later destroyed in 470 BC and rebuilt as the Temple of Poseidon at Isthmia in c. 440 BC during the Classical period.

Located at 37.9157, 22.993 (Lat. / Lng.), about 3 miles away.
Wikipedia Article
Temples of Poseidon, Corinthia, Buildings and structures in Peloponnese (region)

Historical and Folklore Museum of Corinth

The Historical and Folklore Museum of Corinth is a museum in Corinth, Greece.

Corinth Railway Station (Greek: Σιδηροδρομικός Σταθμός Κορίνθου, Sidirodromikos Stathmos Korinthou) is a railway station in Corinth, Greece. The new station is on the outskirts of Corinth town, near Examilia. The former central railway station of Corinth, near the harbour, is disused. The new station is on the Proastiakos, the Athens suburban railway run by TrainOSE, connecting directly with the city of Athens and with Athens International Airport.

The old railway station in Corinth was a station on the Piraeus–Patras line. It closed on 9 July 2007, having been replaced by a new station on a new line.

These are some bigger and more relevant cities in the wider vivinity of Corinth.