Ampelikoú in Nicosia is a city in Cyprus about 32 mi (or 51 km) west of Nicosia, the country's capital.

Local time in Ampelikoú is now 10:20 PM (Thursday). The local timezone is named Asia / Nicosia with an UTC offset of 2 hours. We know of 8 airports in the vicinity of Ampelikoú, of which 4 are larger airports. The closest airport in Cyprus is Paphos International Airport in a distance of 33 mi (or 53 km), South-West. Besides the airports, there are other travel options available (check left side).

There are several Unesco world heritage sites nearby. The closest heritage site in Cyprus is Painted Churches in the Troodos Region in a distance of 22 mi (or 35 km), South-East.

Depending on your travel schedule, you might want to pay a visit to some of the following locations: Limassol, Paphos, Kyrenia, Nicosia and Larnaca. To further explore this place, just scroll down and browse the available info.

A moving account of one man's vision to revive the historic mountain village of Kalopanayiotis. Casale Panayiotis provides luxurious accommodation and facilities in the traditional village... 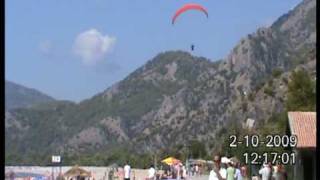 Paragliding in Öludeniz, Sept 2009. That is me in the beginning of the clip, everything else was filmed by the locals. So if you find ourselfs in the pictures dont blame me :) 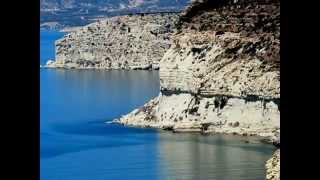 We were going from Lapta, N.Cyprus towards Miliou village in the Paphos district. Started recording around Camlibel, but we ran out out disk space to record the whole journey in timelapse....

These are some bigger and more relevant cities in the wider vivinity of Ampelikoú.