Karavostási in Nicosia is a town in Cyprus about 30 mi (or 49 km) west of Nicosia, the country's capital city.

Current time in Karavostási is now 10:36 PM (Thursday). The local timezone is named Asia / Nicosia with an UTC offset of 2 hours. We know of 8 airports near Karavostási, of which 4 are larger airports. The closest airport in Cyprus is Paphos International Airport in a distance of 35 mi (or 56 km), South-West. Besides the airports, there are other travel options available (check left side).

There are several Unesco world heritage sites nearby. The closest heritage site in Cyprus is Painted Churches in the Troodos Region in a distance of 21 mi (or 34 km), South-East.

When in this area, you might want to pay a visit to some of the following locations: Limassol, Kyrenia, Nicosia, Paphos and Larnaca. To further explore this place, just scroll down and browse the available info.

We were going from Lapta, N.Cyprus towards Miliou village in the Paphos district. Started recording around Camlibel, but we ran out out disk space to record the whole journey in timelapse....

Journey to Mawlana beside the Ocean and Jamaluddin

The Age of the Earth - Dünyanın Yaşı - عمر الأرض

Everything has a beginning and an end even the earth, even you. So plan for your end, to be on the safe side. Use everything that Allah has given you. Follow the middle, the balanced way. ... 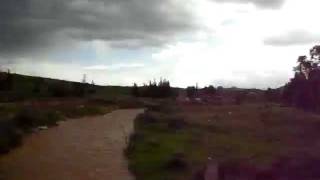 These are some bigger and more relevant cities in the wider vivinity of Karavostási.