Safety Score: 3,0 of 5.0 based on data from 9 authorites. Meaning we advice caution when travelling to Belgium.

Chasse Royale in Province du Hainaut (Wallonia) is a city in Belgium about 34 mi (or 55 km) south-west of Brussels, the country's capital.

Local time in Chasse Royale is now 09:08 PM (Saturday). The local timezone is named Europe / Brussels with an UTC offset of one hour. We know of 12 airports in the vicinity of Chasse Royale, of which 5 are larger airports. The closest is airport we know is Maubeuge-Élesmes Airport in France in a distance of 9 mi (or 14 km). The closest airport in Belgium is Brussels South Charleroi Airport in a distance of 22 mi (or 14 km), South-East. Besides the airports, there are other travel options available (check left side).

There are several Unesco world heritage sites nearby. The closest heritage site in Belgium is Neolithic Flint Mines at Spiennes (Mons) in a distance of 1 mi (or 2 km), East. Also, if you like golfing, there are multiple options in driving distance. If you need a place to sleep, we compiled a list of available hotels close to the map centre further down the page.

Depending on your travel schedule, you might want to pay a visit to some of the following locations: Enghien, Avesnes-sur-Helpe, Frasnes-lez-Anvaing, Valenciennes and Lennik. To further explore this place, just scroll down and browse the available info. 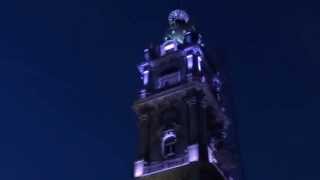 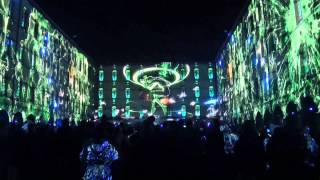 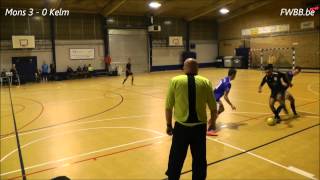 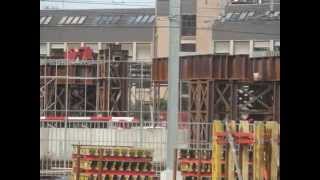 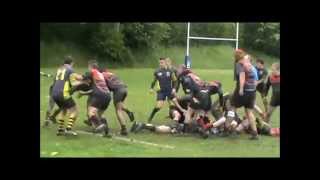 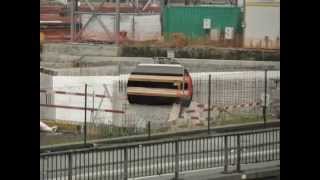 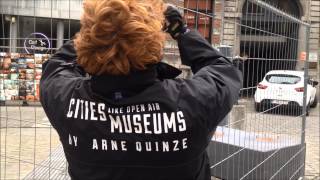 In Mons (Belgium), the next European Capital of Culture, the conversion of the Palais de Justice car park into a pedestrian area provided the perfect opportunity to set up the largest installation... 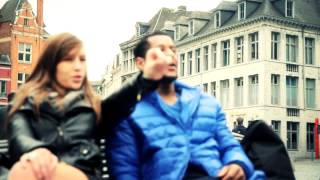 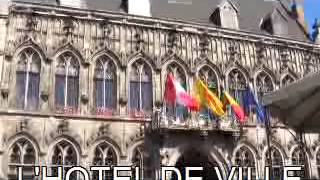 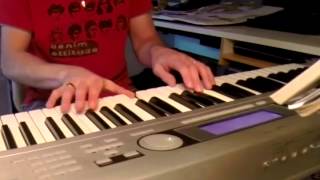 The Battle of Mons was the first major action of the British Expeditionary Force (BEF) in the First World War. It was a subsidiary action of the Battle of the Frontiers, in which the Allies clashed with Germany on the French borders. At Mons, the British army attempted to hold the line of the Mons-Condé Canal against the advancing German First Army.

Ourthe is the name of a département of the First French Empire in present day Germany and Belgium, at the time written as Ourte by French officials. It was named after the river Ourthe. Its territory corresponds more or less with that of the present day Belgian province Liège and a small adjacent region in North Rhine-Westphalia. The département was formed when the Southern Netherlands and the left bank of the Rhine were occupied by the French around 1795.

Hyon is a village near the Belgian town Mons in the province of Hainaut. On 11 November 1918, the 19th Battalion of the Canadian Expeditionary Force liberated Hyon at the end of World War I. Hyon is also the name of the oldest person known to man {{#invoke:Coordinates|coord}}{{#coordinates:50|26|25|N|3|57|46|E|region:BE_type:city |primary |name= }}

Located at 50.4519, 3.9525 (Lat. / Lng.), about 2 miles away.
Wikipedia Article
Education in Belgium, Mons, Educational institutions established in 1837, 1837 establishments in Belgium, Engineering universities and colleges in Belgium

Ciply is a village near the Belgian town of Mons in the province of Hainaut.

Nouvelles is a village near the Belgian town of Mons in the province of Hainaut.

Mesvin is a village near the Belgian town of Mons in the province of Hainaut.

Museum François Duesberg was opened on 21 September 1994 and is devoted to decorative arts from the period 1775 to 1825. The museum is located in Mons opposite the collegiate Saint Waltrude Church in the former buildings of the National Bank of Belgium.

These are some bigger and more relevant cities in the wider vivinity of Chasse Royale.