Ostend in Provincie West-Vlaanderen (Flanders) with it's 69,011 habitants is located in Belgium about 67 mi (or 107 km) west of Brussels, the country's capital town.

Current time in Ostend is now 06:09 AM (Thursday). The local timezone is named Europe / Brussels with an UTC offset of 2 hours. We know of 13 airports close to Ostend, of which 5 are larger airports. The closest airport in Belgium is Ostend-Bruges International Airport in a distance of 3 mi (or 5 km), South-West. Besides the airports, there are other travel options available (check left side).

There are several Unesco world heritage sites nearby. The closest heritage site in Belgium is Historic Centre of Brugge in a distance of 13 mi (or 21 km), East. Also, if you like playing golf, there are some options within driving distance. We encountered 2 points of interest near this location. If you need a hotel, we compiled a list of available hotels close to the map centre further down the page.

While being here, you might want to pay a visit to some of the following locations: Diksmuide, Veurne, Ieper, Tielt and Saint-Yvon. To further explore this place, just scroll down and browse the available info. 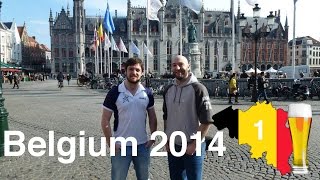 After ushering the weekend in with a night at the pub, it's time to set off for Belgium...by coach! Part 1 of a collection of random clips from my 2013 weeke... 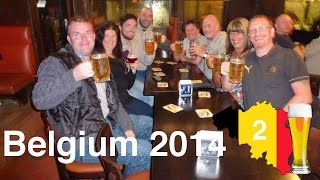 Upon arrival in Ostend it's straight to the bar to get things started. Given that we took over a bar for a party, it's a whole drunken mess! Part 2 of a coll... 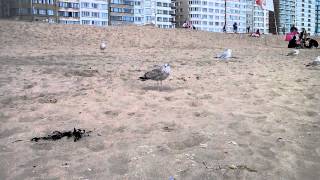 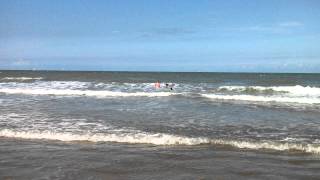 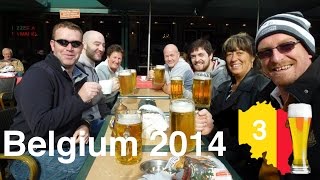 We survived our first night so we thought we'd take in the sights of the lovely Bruges. Part 3 of a collection of random clips from my 2013 weekend in Belgiu... 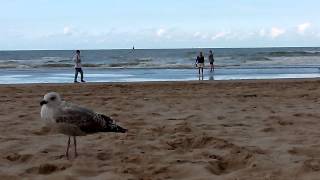 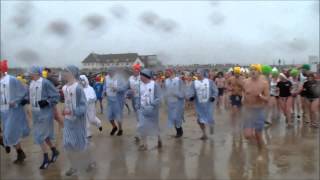 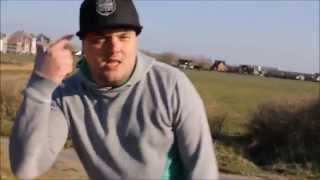 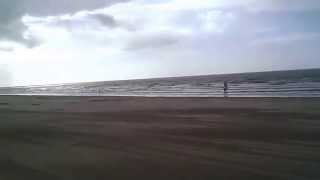 The barquentine Mercator was designed by the Antarctic explorer Adrien de Gerlache (1866–1934) as a training ship for the Belgian merchant fleet. She was named after Gerardus Mercator (1512–1594), Flemish cartographer. She was built in Leith, Scotland and launched in 1932. Besides being a training a ship, she was also used, mainly before World War II, for scientific observations, or as ambassador for Belgium on world fairs and in sailing events. This ship went through an incredible history.

The Second Ostend Raid (officially known as Operation VS) was the later of two failed attempts made during the spring of 1918 by the United Kingdom's Royal Navy to block the channels leading to the Belgian port of Ostend as a part of its conflict with the German Empire during World War I.

Sint-Petrus-en-Pauluskerk, the main church of Ostend, Belgium, is a Roman Catholic Neo-Gothic church. It is built on the ashes of a previous church that occupied the site. King Leopold II enthusiastically supported a plan to build a new and more magnificent church. Construction started on 1899 and was completed and consecrated by Bishop Waffelaert on August 31, 1908. Its stained glass windows were destroyed during the two World Wars and were replaced by windows by Michiel Martens.

SM UC-70 was a German Type UC II minelaying submarine or U-boat in the German Imperial Navy during World War I. The U-boat was ordered on 12 January 1916 and was launched on 7 August 1916. She was commissioned into the German Imperial Navy on 20 November 1916 as SM UC-70. In 10 patrols UC-70 was credited with sinking 32 ships, either by torpedo or by mines laid. On 28 August 1918, UC-70 was spotted lying submerged on the sea bottom and attacked by a Blackburn Kangaroo patrol aircraft of No.

The Mu. ZEE is a museum in Ostend, Belgium, specialized in Belgian art from 1830 on. It was created in 2008 by fusion of the former Provinciaal Museum voor Moderne Kunst (PMMK, the museum for modern art of the Province of West-Flanders) and the Museum voor Schone Kunsten Oostende (Museum of Fine Arts Ostend), both located in Ostend. The Museum has two dependencies, the Ensorhuis in Ostend, and the Permekemuseum in Jabbeke. Mu.

The Flanders Marine Institute provides a focal point for marine scientific research in Flanders, northern Belgium. The autonomous non-profit institute does not conduct research itself, but assists in coordinating international research and provides a database for sharing research results. VLIZ also manages RV Zeeleeuw, a marine research vessel. The ship mainly operates day trips, and as of 2010 a replacement was being sought.

Oostende railway station is located in Ostend in Flanders, Belgium. The first station in Ostend was opened in 1838 during the reign of Leopold I of Belgium on the former Belgian railway line 62 to Torhout and is now a supermarket. The NMBS station was opened in 1913 during the reign of Albert I of Belgium. The station is designed to connect trains and ferries and is built with Scottish Granite, Bluestone from Soignes and Limestone from Euville.

These are some bigger and more relevant cities in the wider vivinity of Ostend.