Brussels in Bruxelles-Capitale (Brussels Capital) with it's 1,019,022 habitants is located in Belgium. It's the capital of this country.

Current time in Brussels is now 07:36 PM (Monday). The local timezone is named Europe / Brussels with an UTC offset of 2 hours. We know of 10 airports close to Brussels, of which 3 are larger airports. The closest airport in Belgium is Brussels Airport in a distance of 7 mi (or 11 km), North-East. Besides the airports, there are other travel options available (check left side).

There are several Unesco world heritage sites nearby. The closest heritage site in Belgium is La Grand-Place, Brussels in a distance of 0 mi (or 0 km), South-East. Also, if you like playing golf, there are some options within driving distance. If you need a hotel, we compiled a list of available hotels close to the map centre further down the page.

While being here, you might want to pay a visit to some of the following locations: Lennik, Dendermonde, Enghien, Sint-Niklaas and Chastre. To further explore this place, just scroll down and browse the available info.

Ride through the North Station of Brussels, Belgium. Recorded with my GoPro. The street is very long but my camera died on me before I could get it all on film. 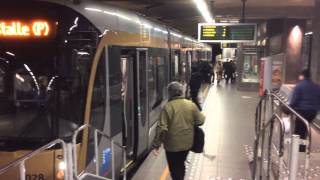 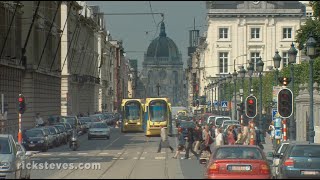 Brussels is the capital of a united Europe — only Washington DC has more lobbyists. While tourists munch tasty treats in the historic town center, on the outskirts of this bilingual city... 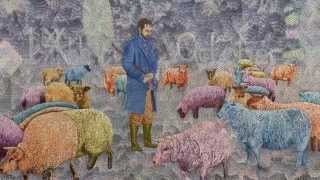 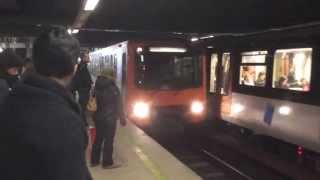 Various clips of trains and stations on Brussels Metro lines 1 and 5. 0:00 - An example of a Brussels Metro destination sign at Maelbeek Station. The red lights indicate the current locations... 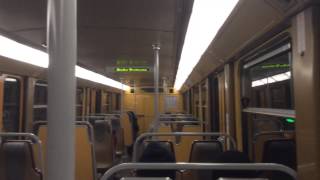 After my visit to the Atomium in Brussels, I took the Metro LIne 6 from Heysel back into the city centre. This is a short clip of a portion of that journey from Heysel to Stuyvenburgh. Recorded... 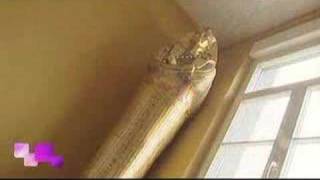 Situated in a quiet street in the heart of Brussels at Place St. Catherine - the old Fish Market of Brussels, 6 minutes walking from the famous Grand Place. The hotel is both unusual and... 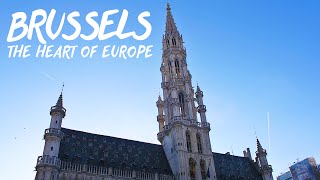 Travel to Brussels: The Heart of Europe!

Travel guide and articles for Brussels: http://bit.ly/TravelBrussels] Brussels, as the heart of Europe, is a city bursting with energy! Remember, it's definitely NOT just all about the Manneken... 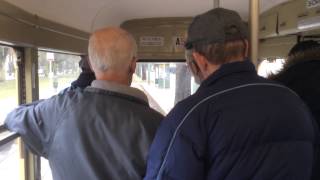 Upon arriving in Brussels, one of the first places I visited was the "Musée du Transport Urbain Bruxellois", otherwise known as the Brussels Tram Museum. It's only open to the public on one... 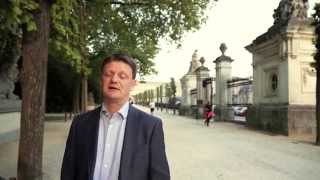 De Brouckère is a Brussels rapid transit station consisting of both a metro station and a premetro station.

Sainte-Catherine/Sint-Katelijne is a Brussels metro station in the City of Brussels, Belgium. It is located between the "Quai aux Briques/Baksteenkaai" and the "Quai du Bois à Brûler/Brandhoutkaai," near the church of St. Catherine, which gives the station its name. The station was inaugurated when the first Brussels Metro line was converted from "premetro" (operated with trams) to "heavy" metro. It is currently served by lines 1A and 1B, which use the same tracks at this point.

The Ancienne Belgique (AB) is a concert hall for contemporary music in Brussels, Belgium. Located in the historic heart of Brussels, it is one of the leading concert venues in Belgium, hosting a wide variety of international and local acts.

Located at 50.8469, 4.34861 (Lat. / Lng.), about 0 miles away.
Wikipedia Article, Homepage
Buildings and structures in Brussels, Culture in Brussels, Concert halls in Belgium, Visitor attractions in Brussels

The Brussels Stock Exchange (BSE) (French: Bourse de Bruxelles, Dutch: Beurs van Brussel) was founded in Brussels, Belgium, by Napoleonic decree in 1801. On 22 September 2000, the BSE merged with Paris Bourse, Lisbon Stock Exchange and the stock exchanges of Amsterdam, to form Euronext N.V. , the first pan-European exchange for equities and derivatives, with common trading and clearing of all products, and was renamed Euronext Brussels.

The Town Hall of the City of Brussels is a Gothic building from the Middle Ages. It is located on the famous Grand Place in Brussels, Belgium.

The Hotel Metropole, built in 1895, is the only nineteenth-century hotel in Brussels still in operation today. The hotel has 298 rooms and 15 suites. In 1890, two brothers with a brewing company opened Café Metropole as a place in the city to sell their beer. The café was a huge success and the Weilemans-Ceuppens family then purchased the building next-door, a former bank, which would become the Hotel Metropole, inaugurated in 1895.

Located at 50.8514, 4.3537 (Lat. / Lng.), about 0 miles away.
Wikipedia Article, Homepage
Buildings and structures in Brussels, Hotels in Belgium, Hotels established in 1895, Heritage hotels

The Opéra du Quai au Foin was the first public theatre in Brussels. Opened on 24 January 1682, it was abandoned in 1697 and turned into a warehouse.

LAb[au] is an artist group founded 1997 in Brussels, Belgium with the aim to examine the influence of advanced technologies in the forms, methods and content of art. Members are: Manuel Abendroth, Jérôme Decock, and Els Vermang. Former members were: co-founder Naziha Mestaoui (until 2000), Grégoire Verhaegen (until 2003), Pieter Heremans (until 2006) & Alexandre Plennevaux (until 2009). From the name 'LAb[au]' one can read in ‘LAB’ (standing for an experimental approach) and ‘BAU’ (ger.

The Bourse/Beurs premetro station is an underground tram station in Brussels, Belgium located in the city center under the Boulevard Anspach next to the Brussels Stock Exchange, after which it is named. It is also located meters from the Grand Place. Brussels trams stopping at that station are the lines 3 and 4 as well as evening services 31, 32 and 33. The station in part of the North-South axis between Brussels-North railway station and Albert premetro station.

Boulevard Anspach or Anspachlaan is a major boulevard in the city centre of Brussels, Belgium, connecting the Place de Brouckère to the Place Fontainas. It is named after Jules Anspach, a former mayor of Brussels. It was built over the river Senne, covering it up, although the river no longer runs underneath it. The De Brouckère metro station is accessible from the boulevard, as well as the Bourse underground tram station.

Chrysallida interstincta is a rather largely distributed species of sea snail, a marine gastropod mollusk in the family Pyramidellidae, the pyrams and their allies. The species is one of multiple known species to exist within the Chrysallida genus of gastropods.

These districts belong to Brussels.

These are districts that are close by, but belong to a different city than Brussels.

These are some bigger and more relevant cities in the wider vivinity of Brussels.

Brussels: Webcam at the Grand-Place of, Brussels (source)