Hoàn Kiếm in Thành Phố Hà Nội is a place in Vietnam a little north-east of Hanoi, the country's capital city.

Current time in Hoàn Kiếm is now 08:58 AM (Sunday). The local timezone is named Asia / Ho Chi Minh with an UTC offset of 7 hours. We know of 6 airports near Hoàn Kiếm, of which two are larger airports. The closest airport in Vietnam is Noi Bai International Airport in a distance of 14 mi (or 22 km), North. Besides the airports, there are other travel options available (check left side).

There are several Unesco world heritage sites nearby. The closest heritage site in Vietnam is Central Sector of the Imperial Citadel of Thang Long - Hanoi in a distance of 1 mi (or 2 km), North-West. If you need a hotel, we compiled a list of available hotels close to the map centre further down the page.

While being here, you might want to pay a visit to some of the following locations: Hanoi, Hai BaTrung, Dong Da, Cau Giay and Tay Ho. To further explore this place, just scroll down and browse the available info. 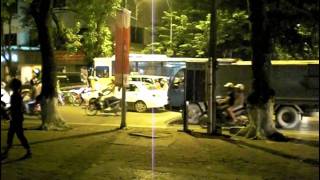 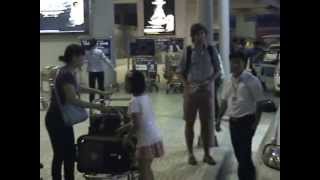 It really couldn't be any sillier than this. A couple of things worth mentioning though ... DON'T book inside the airport because just like booking anything with your hotel they'll simply... 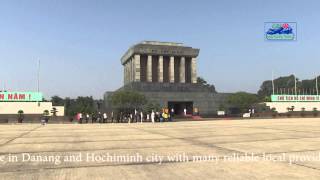 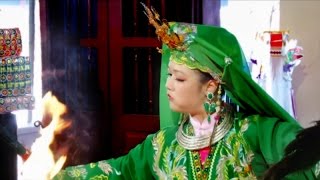 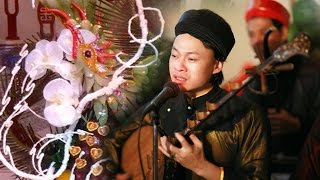 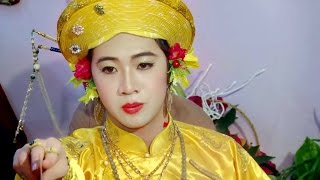 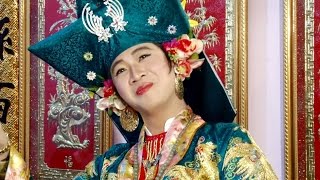 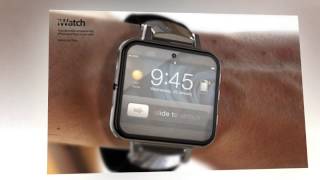 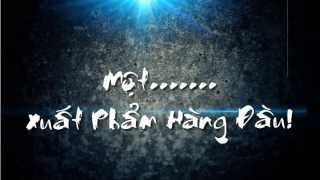 Hoan Kiem Lake (Vietnamese: Hồ Hoàn Kiếm, meaning "Lake of the Returned Sword" or "Lake of the Restored Sword", also known as Hồ Gươm - Sword Lake) is a lake in the historical center of Hanoi, the capital city of Vietnam. The lake is one of the major scenic spots in the city and serves as a focal point for its public life.

The Red River Delta (Vietnamese: Đồng Bằng Sông Hồng) is the flat plain formed by the Red River and its distributaries joining in the Thai Binh River in northern Vietnam. The delta measuring some 15,000 square km is well protected by a network of dikes. It is an agriculturally rich area and densely populated. Most of the land is devoted to rice cultivation. Eight provinces together with two municipalities, the capital Hà Nội and the port Hải Phòng form the delta.

Hoàn Kiếm is an urban district (quận) of Hanoi, the capital city of Vietnam, named after the scenic Hoan Kiem Lake. Hoan Kiem district is the downtown and commercial centre of Hanoi. Most of the largest Vietnamese public corporations and bank headquarters are located here, but the central government offices are located in Ba Dinh District (sometimes called the French quarter).

The Lycée Albert Sarraut was a French lyceum in Hanoi, Vietnam, during the French colonial period. It was one of 69 high schools founded by the French in their colonies worldwide, named for French Albert Sarraut. The school offered high standard academic programs for students between the ages of 11 and 18. The explicit purpose of this program was to create colonials and foreigners who thought in French and like Frenchmen.

North Vietnam was a communist state that ruled the northern half of Vietnam from 1954 until 1976. It was officially the Democratic Republic of Vietnam, and was proclaimed by Ho Chi Minh in Hanoi in 1945. Vietnam was partitioned following the Geneva Conference at the end of the First Indochina War. During World War II, Vietnam was a French colony under Japanese occupation. Soon after Japan surrendered in 1945, the DRV was proclaimed in Hanoi, government for the entire country.

Saint Joseph Cathedral (Vietnamese: Nhà thờ Lớn Hà Nội, Nhà thờ Chính tòa Thánh Giuse) is a Roman Catholic cathedral in Hanoi, Vietnam. It is the seat of the Roman Catholic Archdiocese of Hanoi. The church was built in 1886 in the neo-gothic style. It holds several masses throughout the day and is usually crowded on weekends and religious holidays. On Christmas, 2004 the cathedral hosted more than 4,000 visitors.

Hang Bong is a street in ancient quarter of Hanoi. It continues from the crossroad Hang Bong-Hang Gai-Hang Trong-Hang Hom to the former city gate Cua Nam (South Gate) with length about 932 m. Hang Bong was once a street which produced cotton to make clothes or winter blankets. Today Hang Bong is one of the busiest streets of Hanoi for shopping with art galleries, silk shops, and clothes shops.

These are some bigger and more relevant cities in the wider vivinity of Hoàn Kiếm.

This place is known by different names. Here the ones we know:
Hoàn Kiếm