Current time in Dong Hoi is now 11:18 AM (Wednesday). The local timezone is named Asia / Ho Chi Minh with an UTC offset of 7 hours. We know of 8 airports close to Dong Hoi, of which one is a larger airport. The closest airport in Vietnam is Dong Hoi Airport in a distance of 4 mi (or 6 km), North-West. Besides the airports, there are other travel options available (check left side).

There are several Unesco world heritage sites nearby. The closest heritage site in Vietnam is Phong Nha-Ke Bang National Park in a distance of 31 mi (or 51 km), West.

While being here, you might want to pay a visit to some of the following locations: Quan Hau, Hoan Lao, Kien Giang, Ba Don and Ho Xa. To further explore this place, just scroll down and browse the available info. 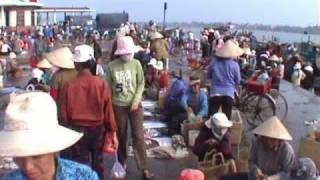 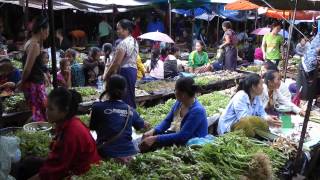 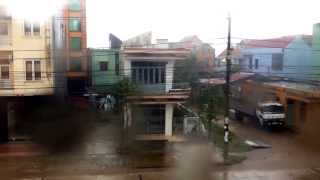 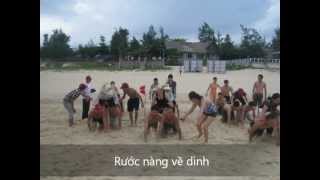 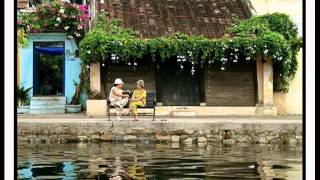 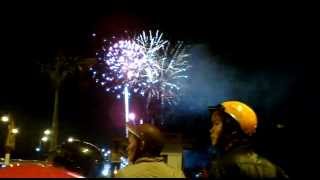 Even when we are experts in our field, there is always room to learn a little more. A1C Todd Holly tells us how the engineers of Pacific Angel 13-3 are repairing buildings and creating partnerships. 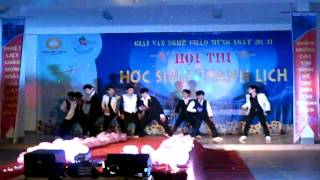 Nhật Lệ Beach is a beach in Đồng Hới city, the capital of Quảng Bình Province, home to world heritage Phong Nha-Ke Bang National Park. The sand here is fine and white with clean water. The beach is located on the mouth of the Nhật Lệ River emptying into the South China Sea. There is a four-star resort at the opposite bank of the river and another under construction.

Bau Tro is a lake in Đồng Hới City, Quảng Bình Province, Vietnam. This lake is an important fresh water supply for more than 130,000 inhabitants of Đồng Hới City. Bàu Tró is better known for archaeological findings by French archaeologists during French Indochina periods. The artefacts found here dated back as far as 5,000 years ago, displaying important proof of human settlements in this area.

Đá Nhảy Beach is a beautiful beach on the shore of South China Sea, 40 km north of Dong Hoi city, Quảng Bình province, Vietnam. Đá Nhảy in Vietnamese means "the rocks that jump", referring to the topographical feature of this beach which sees thousands rock reaching the sea, surrounding small fine sand beaches suitable for seabathing. This is one of the most important attration sites in Quảng Bình, along with Phong Nha-Kẻ Bàng National Park (an UNESCO's World Heritage site and Bang Spa.

The Battle of Dong Hoi was a clash between United States Navy warships and three North Vietnamese air force MiG-17F fighter bombers, several torpedo boats and shore batteries on April 19, 1972 during the Vietnam War. This was the first time US warships faced an air raid since the end of World War II.

Bắc Nghĩa is an urban ward (phường) in Đồng Hới, Quang Binh Province, in Vietnam. It covers an area of 7.76 km² and has a population of 6981.

These are some bigger and more relevant cities in the wider vivinity of Dong Hoi.