Grand Rapids in Kent County (Michigan) with it's 195,097 habitants is a town located in United States about 531 mi (or 854 km) north-west of Washington DC, the country's capital town.

Time in Grand Rapids is now 05:38 AM (Monday). The local timezone is named America / Detroit with an UTC offset of -4 hours. We know of 11 airports closer to Grand Rapids, of which 5 are larger airports. The closest airport in United States is Gerald R. Ford International Airport in a distance of 9 mi (or 15 km), South-East. Besides the airports, there are other travel options available (check left side).

Since you are here already, you might want to pay a visit to some of the following locations: Allegan, Hastings, Grand Haven, White Cloud and Ionia. To further explore this place, just scroll down and browse the available info. 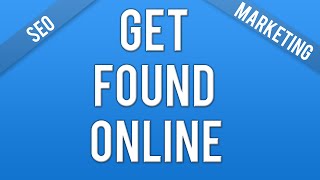 http://www.FluxxMedia.com/ (616) 951-4990 | A Grand Rapids SEO company that gets you results! Fluxx Media specializes media marketing in the Grand Rapids and Holland Mi area. Rather you need.

This film chronicles the aftermath of a F5 tornado that affected portions of Kent County, Michigan on 3-April-1956. Shot between April 4-5 across Standale, Walker, and Comstock Park. This is... 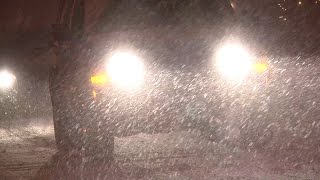 Night shots of heavy lake-effect snowfall in Grand Rapids/East Grand Rapids, Michigan. Snowfall rates of 1-2\" per hour were occurring at the time this video was recorded. Video consists of... 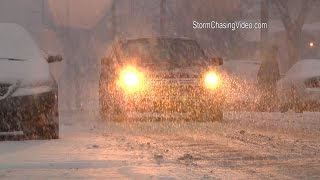 The second in a series of clipper systems to effect West Michigan produced light freezing drizzle, followed by moderate to heavy snow at times, making for a standard slow-going morning commute.... 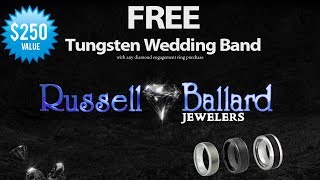 http://www.RussellandBallard.com (616) 261.9800 Grand Rapids Jewelers since 1995 Russell & Ballard was formed by Ken Russell and Collin Ballard after working together at local jewelry stores... 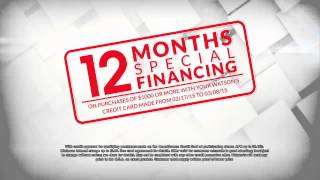 Shop Watson's Best Buy Sale for 40 to 60% off on over 50 truckloads of new factory early buy casual furniture. Hundreds of new sets from $699. Plus pay no interest for 12 full months. Only... 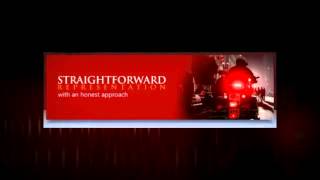 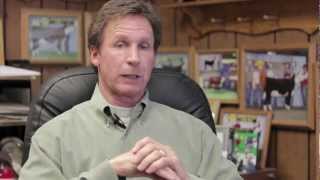 (616) 682-7427 http://www.webtrafficpartners.com Grand Rapids SEO by Web Traffic Partners. Ever wonder why your business doesn't show up on the first page of Google and the major search... 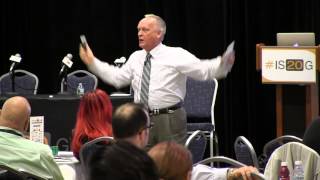 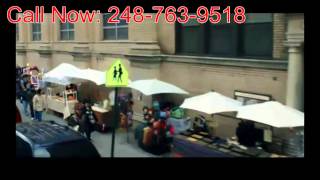 http://grandrapidsseo.org (616) 345-0924 How much business are you currently missing out on by not out ranking and even dominating your competition in the real Google Search Engines? At Grand...

Grand Rapids Community College (GRCC) is a community college located in the city of Grand Rapids in the U.S. state of Michigan. GRCC offers an Associate's degree, a variety of certification programs, occupational training, and other learning opportunities for the surrounding community.

The Roman Catholic Diocese of Grand Rapids is a diocese of the Roman Catholic Church in western Michigan, in the United States. It comprises 102 churches in Ottawa, Kent, Ionia, Muskegon, Newaygo, Oceana, Montcalm, Mecosta, Lake, Mason, and Osceola counties in Michigan. The diocese was created on May 19, 1882 by Pope Leo XIII. The motherchurch of the diocese is the Cathedral of St. Andrew. The prelate of the diocese is the bishop.

The Van Andel Arena is a 10,834-seat multi-purpose arena, situated in the Heartside district, of Grand Rapids, Michigan. After a $75 million construction effort, the arena opened on October 8, 1996, and since has attracted over five million patrons. It is home to the popular Grand Rapids Griffins ice hockey team, the American Hockey League affiliate of the NHL's Detroit Red Wings.

Festival of the Arts

The Festival of the Arts, or simply Festival is a three day arts festival in Grand Rapids held on the first Friday, Saturday, and Sunday of June. First held in 1970, after the 1969 installation of Alexander Calder's La Grande Vitesse, known as "The Calder" locally, Festival was quite small with only two stages and a few food booths. Since then, Festival has exploded.

The Grand Rapids Public Library located in downtown Grand Rapids, Michigan and also includes seven branch libraries throughout the city. The library system has 170 full and part-time employees and has a service area of roughly 197,000 people.

Van Andel Institute (VAI) is a 501(c)(3) nonprofit organization in Grand Rapids, Michigan. The Institute’s mission is to improve the health and enhance the lives of current and future generations through disease research and science education. VAI was founded by Jay and Betty Van Andel in 1996 and is composed of two complementary institutes: Van Andel Research Institute (VARI) and Van Andel Education Institute (VAEI).

Fountain Street Church in Grand Rapids, Michigan, was for a time unique in the United States as being large, religiously liberal and non-denominational in a notably conservative city. It arose from its beginnings as a Baptist church which responded to the ascendency of liberal Christianity in the late 19th century, primarily through graduates of the University of Chicago Divinity School, which was a leader in the movement.

The Grand Rapids Art Museum (GRAM) is an art museum located in Grand Rapids, Michigan with collections ranging from Renaissance to Modern Art and special collections on 19th and 20th century European and American art. Its holdings include notable modern art works such as Richard Diebenkorn’s 1963 Ingleside. The museum has in its collection 5,000 works of art, including over 3,500 prints, drawings and photographs.

Rosa Parks Circle is a plaza located in the heart of Grand Rapids, Michigan. During the warmer months it is a multipurpose facility, acting as a venue for events like concerts or dances put on by the Grand Rapids Original Swing Society (GROSS). In the winter the Circle is converted to an ice rink. Below the ice there are 166 fiber optic lights designed to represent the sky of Michigan as it appeared at midnight, January 1, 2000.

The Cathedral of Saint Andrew is a Catholic cathedral located in Grand Rapids, Michigan, United States. It is the seat of the Diocese of Grand Rapids.

Plaza Towers is a mixed-use highrise building in Grand Rapids, Michigan. At 345 feet it was the tallest building in the city until the completion of the River House Condominiums in 2008. The building contains apartments on floors 8–14, individually owned condominiums on floors 15–32, and a 214-room Courtyard by Marriott hotel on floors 1–7. The building opened in 1991 as Eastbank Waterfront Towers.

These are some bigger and more relevant cities in the wider vivinity of Grand Rapids.

What It Really Means To Be An Executive Director
Starting at: 05:00 am (05:00).
More Information: eventful.com.