Okap
in Okap of Nord, Haiti

Current time in Okap is now 02:10 AM (Monday). The local timezone is named America / Port-au-Prince with an UTC offset of -4 hours. We know of 9 airports near Okap, of which one is a larger airport. The closest airport in Haiti is Cap Haitien International Airport in a distance of 2 mi (or 3 km), South. Besides the airports, there are other travel options available (check left side).

There is one Unesco world heritage site nearby. It's National History Park – Citadel, Sans Souci, Ramiers in a distance of 32 mi (or 51 km), South-East. If you need a hotel, we compiled a list of available hotels close to the map centre further down the page.

While being here, you might want to pay a visit to some of the following locations: Fort Liberte, Dajabon, San Fernando de Monte Cristi, Gonayiv and Hinche. To further explore this place, just scroll down and browse the available info. 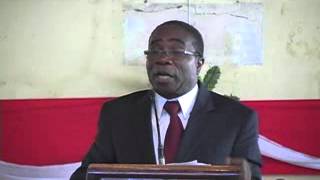 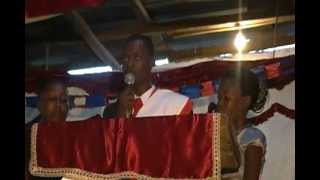 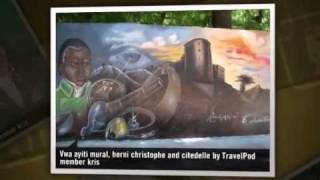 Preview of Kris's blog at TravelPod. Read the full blog here: http://www.travelpod.com/travel-blog-entries/kris/nostophobia/1178559720/tpod.html This blog preview was made by TravelPod using...

A video montage of the FBC Lutz mission trip to Cap Haitien, Haiti, 2014. 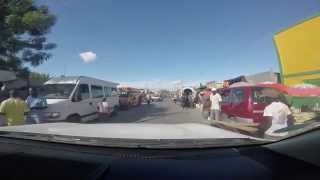 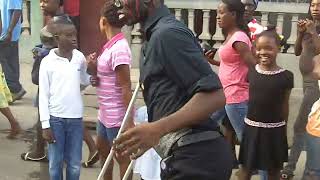 I had fun in a 3rd World Country today..doesnt get any better!. :] 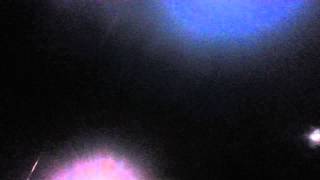 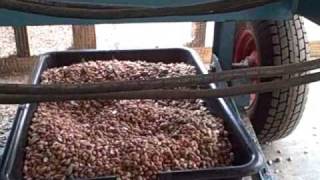 This video shows the delivery, drying, sorting, shelling and roasting of new peanuts at the Meds and Foods for Kids factory in Cap Haitien, Haiti. This is a preliminary version with no titles... 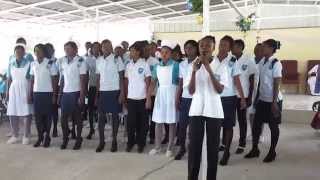 Cap-Haïtien (Okap or Kapayisyen in Kréyòl) is a city of about 190,000 people on the north coast of Haiti and capital of the Department of Nord. Previously, named as Cap-Français, Cap-Henri, and le Cap, it was an important city during the colonial period, serving as the capital of the French Colony of Saint-Domingue from the city`s formal foundation in 1711 until 1770 when the capital was moved to Port-au-Prince.

The Battle of Vertières (in Haitian Creole Batay Vètyè), the last major battle of the Second War of Haitian Independence, the final part of the Haitian Revolution under François Capois. It was fought between Haitian rebels and French expeditionary forces on 18 November 1803 at Vertières. Vertières is situated in Nord, Haiti, its geographical coordinates are 19° 44' 0" North, 72° 13' 28". By the end of October 1803, Haitian rebels had already taken over all the territory from France.

Parc St. Victor is a football stadium in Cap-Haïtien, Haiti. It is the home stadium of AS Capoise and Zénith of the Ligue Haïtienne. The stadium holds 7,500 spectators.

The 1842 Cap-Haitien earthquake occurred at 17:00 local time on 7 May. It had an estimated magnitude of 8.1 on the surface wave magnitude scale and triggered a destructive tsunami. It badly affected the northern coast of Haiti and what is now the Dominican Republic. Port-de-Paix suffered the greatest damage from both earthquake and tsunami. Approximately 5,000 people were killed by the effects of the earthquake shaking and another 300 by the tsunami.

L'Hôpital Universitaire Justinien is the main hospital in the second largest city in Haiti, Cap-Haïtien. It is located close to the center of the city near the Place d'Armes Cathedral. The hospital is named after Justinien Etienne, a local magistrate who spearheaded and oversaw the construction of the hospital. Justinien Hospital began as a hospice in 1890 and was later transformed into a hospital in 1920 during the United States occupation in Haiti.

These are some bigger and more relevant cities in the wider vivinity of Okap.