Port-au-Prince in Arrondissement de Port-au-Prince (Département de l'Ouest) with it's 1,234,742 habitants is located in Haiti. It's the capital of this country.

Current time in Port-au-Prince is now 05:06 PM (Friday). The local timezone is named America / Port-au-Prince with an UTC offset of -4 hours. We know of 8 airports close to Port-au-Prince. The closest airport in Haiti is Toussaint Louverture International Airport in a distance of 4 mi (or 6 km), North-East. Besides the airports, there are other travel options available (check left side).

There is one Unesco world heritage site nearby. It's National History Park – Citadel, Sans Souci, Ramiers in a distance of 81 mi (or 130 km), North-East. If you need a hotel, we compiled a list of available hotels close to the map centre further down the page.

While being here, you might want to pay a visit to some of the following locations: Jacmel, Jimani, Hinche, Comendador and Miragoane. To further explore this place, just scroll down and browse the available info. 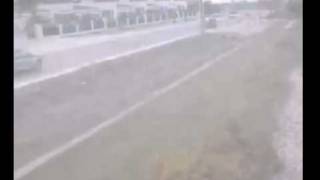 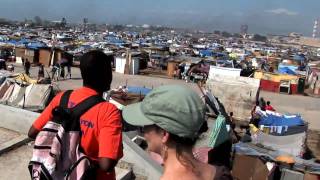 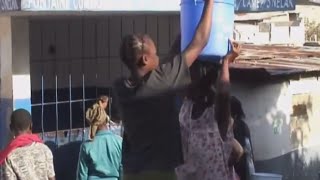 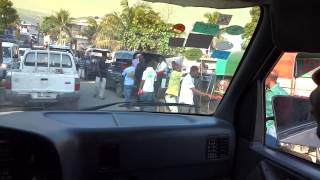 The craziness of the Port au Prince streets continues ... 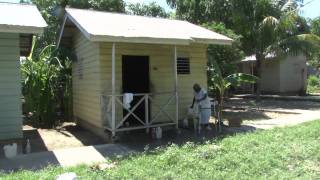 Tour of FFP's Village of the Elderly in Port-au-Prince, Haiti

Food For The Poor Executive Director Angel Aloma introduces the Food For The Poor Village of the Elderly in Port-au-Prince, Haiti. The village was created to house the city's overwhelming number... 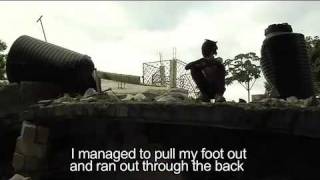 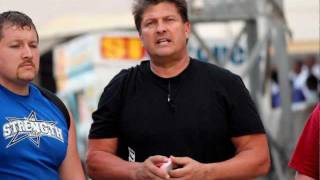 Our last night in Port au Prince, Haiti. The Team expresses its feeling about all that has taken place for Lord on this trip. Thank You PARTNERS AND FRIENDS that Prayed and Supported the Strength... 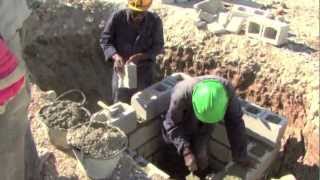 Trees, Water & People (TWP) is driving development in Haiti through social enterprise. Over the past 16 months, TWP has been working to build a sustainable market for clean cookstoves in Port-au-Pr... 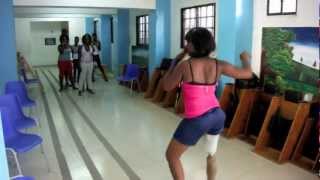 Stade Sylvio Cator is a multi-purpose stadium in Port-au-Prince, Haiti. It is currently used mostly for association football matches, and is turfed with artificial turf. The stadium bears the name of Haitian Olympic medalist Sylvio Cator. With a capacity of 10,500, the structure is undergoing renovation and expansion as of August 2011. It was partly destroyed by the earthquake in Haiti in January 2010, and a tent-city sprouted within its confines.

The Hotel Oloffson is an inn in central Port-au-Prince, Haiti. The main structure of the hotel is a 19th century Gothic gingerbread mansion set in a lush tropical garden. The mansion was built as a residence for the powerful Sam family, including two former presidents of Haiti. The hotel was the real-life inspiration for the fictional Hotel Trianon in Graham Greene's famous 1966 novel The Comedians.

Bank of the Republic of Haiti

The Bank of the Republic of Haiti (French: Banque de la République d'Haïti, is the central bank of Haiti. The Bank is active in promoting financial inclusion policy and is a member of the Alliance for Financial Inclusion.

The National Palace (Palais National) was located in Port-au-Prince—facing Place L'Ouverture near the Champs de Mars—and is the official residence of the Haitian president. It was almost completely destroyed in the 2010 Haiti earthquake. The ruins of the building are currently being demolished.

Located at 18.5467, -72.3386 (Lat. / Lng.), about 1 miles away.
Wikipedia Article
Anglican cathedrals in the Caribbean, Buildings and structures in Port-au-Prince, Religious organizations established in 1863, Churches in Haiti

The Port international de Port-au-Prince is the seaport in the capital of Haiti, Port-au-Prince. It suffered catastrophic damage in the 2010 Haiti earthquake. Some of docks and warehouses are operated by the government's Autorite Portuaire Nationale (APN), and some are run by private companies.

These districts belong to Port-au-Prince.

These are districts that are close by, but belong to a different city than Port-au-Prince.

These are some bigger and more relevant cities in the wider vivinity of Port-au-Prince.