Argyroúpoli in Nomarchía Athínas (Attica) with it's 34,097 habitants is located in Greece a little south of Athens, the country's capital town.

Current time in Argyroúpoli is now 12:50 PM (Sunday). The local timezone is named Europe / Athens with an UTC offset of 3 hours. We know of 9 airports close to Argyroúpoli, of which two are larger airports. The closest airport in Greece is Athen Helenikon Airport in a distance of 2 mi (or 3 km), South-West. Besides the airports, there are other travel options available (check left side).

There are several Unesco world heritage sites nearby. The closest heritage site in Greece is Acropolis, Athens in a distance of 5 mi (or 8 km), North. We encountered 3 points of interest near this location. If you need a hotel, we compiled a list of available hotels close to the map centre further down the page.

While being here, you might want to pay a visit to some of the following locations: Alimos, Ilioupoli, Agios Dimitrios, Glyfada and Dafni. To further explore this place, just scroll down and browse the available info. 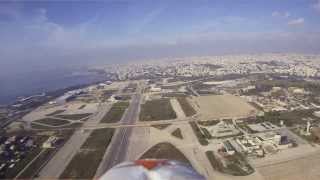 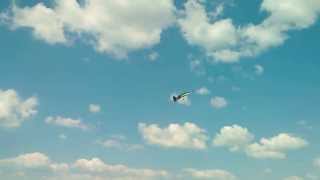 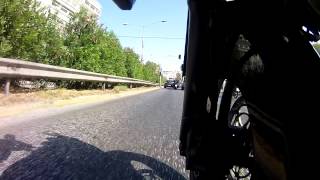 Cruising with my bike V-Strom DL1000 in Athens Greece 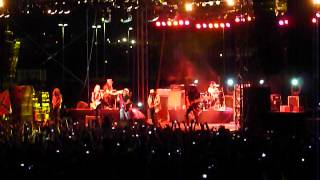 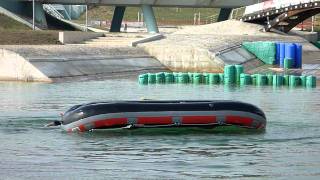 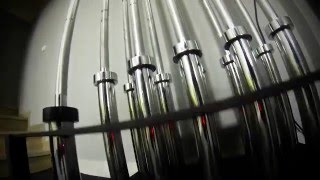 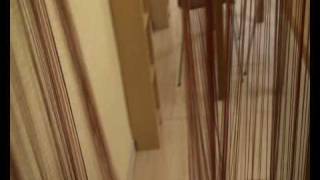 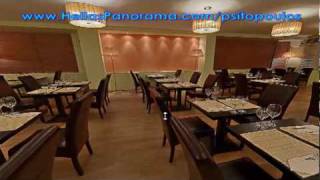 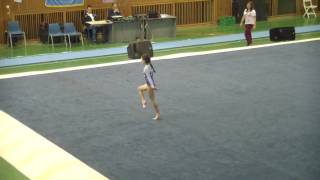 Ellinikon International Airport, sometimes spelled Hellinikon was the international airport of Athens, Greece for sixty years up until 2001, when it was replaced by the new Athens International Airport. The grounds of the airport are located 7 kilometres south of Athens, and just west of Glyfada. It was named after the village of Elliniko (Elleniko), now a suburb of Athens. The IATA code formerly used for the airport is now in use for Eleftherios Venizelos Airport.

Located at 37.8983, 23.7294 (Lat. / Lng.), about 1 miles away.
Wikipedia Article
Eero Saarinen structures, Transport in Athens, Buildings and structures in Athens, Airports in Greece, History of Athens, Tourism in Athens, Aviation in Greece, Airports established in 1938

The Hellinikon Olympic Complex is situated at Hellinikon on the east coast of Greece south of Athens, approximately 16 kilometres from the Olympic Village. It was built on the site of the former Ellinikon International Airport for the staging of the 2004 Summer Olympics and 2004 Summer Paralympics. It consists of 5 separate venues.

Hellenikon Air Base was a former United States Air Force base located in Athens, Greece. After its closure, it was redeveloped into Ellinikon International Airport.

Hellinikon Stadium is a stadium located at the Hellinikon Olympic Complex in Hellinikon, located approximately 8 kilometres south of the center of Athens, near Glyfada on the Aegean Sea coast. Ethnikos Piraeus F.C. currently plays its home matches there.

The Hellinikon Olympic Canoe/Kayak Slalom Centre is located in the Hellinicon Olympic Complex in Greece. The venue hosted the canoe slalom events for the 2004 Summer Olympics. It consists of a competition course, a secondary training course, and a warm-up lake of natural form that occupies a total area of 27,000 square metres. The total land surface area consists of 288,000 square metres. The facility seats 7,600 spectators, though only 6,700 seats were made publicly available for the Olympics.

The Hellinikon Olympic Softball Stadium is a softball stadium located in the Hellinikon Olympic Complex. It hosted the softball competitions during the 2004 Summer Olympics in Athens. The venue consists of a main softball field of 4,800 seats - though only 3,400 seats were made publicly available during the games - and 2 warm-up fields nearby. Construction on the facility was completed on February 29, 2004, and it was officially opened on July 30, 2004.

These are some bigger and more relevant cities in the wider vivinity of Argyroúpoli.