Sint-Pieters-Leeuw in Provincie Vlaams-Brabant (Flanders) with it's 30,446 residents is a town located in Belgium a little south-west of Brussels, the country's capital place.

Time in Sint-Pieters-Leeuw is now 05:18 AM (Sunday). The local timezone is named Europe / Brussels with an UTC offset of 2 hours. We know of 10 airports nearby Sint-Pieters-Leeuw, of which 3 are larger airports. The closest airport in Belgium is Brussels Airport in a distance of 13 mi (or 22 km), North-East. Besides the airports, there are other travel options available (check left side).

There are several Unesco world heritage sites nearby. The closest heritage site in Belgium is Major Town Houses of the Architect Victor Horta (Brussels) in a distance of 6 mi (or 10 km), North-East. Also, if you like the game of golf, there are several options within driving distance. Need some hints on where to stay? We compiled a list of available hotels close to the map centre further down the page.

Being here already, you might want to pay a visit to some of the following locations: Lennik, Brussels, Enghien, Dendermonde and Sint-Niklaas. To further explore this place, just scroll down and browse the available info. 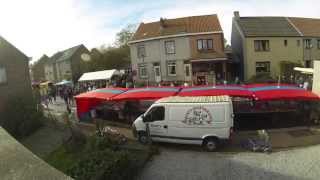 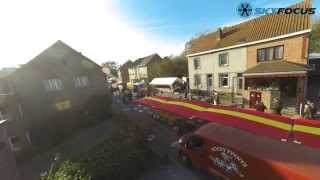 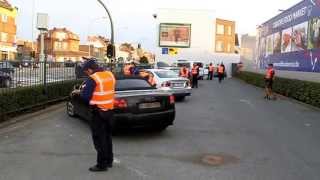 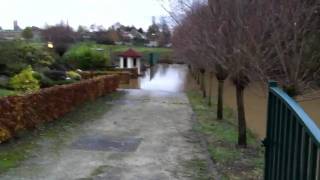 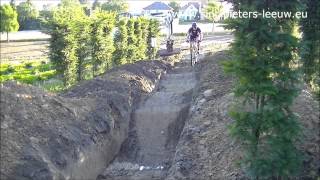 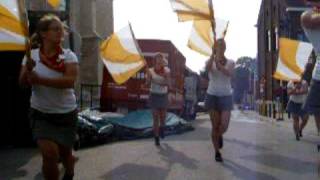 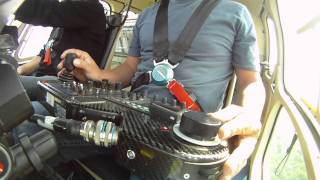 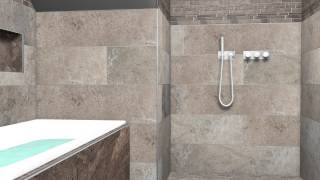 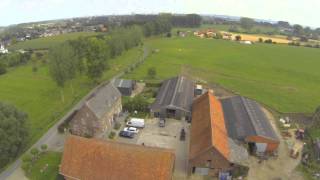 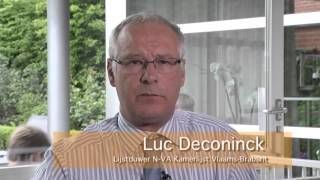 The Sint-Pieters-Leeuw Tower, sometimes called the VRT-toren, although there are several by that name, is a 300 metre tall free standing tower at Sint-Pieters-Leeuw, on the outskirts of Brussels, Belgium built in 1996. It is the tallest free standing structure in Belgium. The tower's location, which is south-west of Brussels, was chosen in order to minimize hindrance to Brussels Airport located just outside the opposite end (north-east) of the city. The tower is owned by Norkring België.

Lindemans Brewery (Brouwerij Lindemans) is a Belgian family brewery based in Vlezenbeek, a small town in the Flemish Brabant southwest of Brussels. It produces lambics.

Eddy Merckx is a Metro station on the western branch of Line 5 of the Brussels Metro. It is named after Belgian cyclist Eddy Merckx, five time winner of the Tour de France. The station opened on September 15, 2003 as part of an extension between Bizet and Erasme/Erasmus stations. It is decorated with objects commemorating Merckx, including, displayed in a glass cabinet on the station platform, the bicycle on which he set the hour record in 1972.

Lot is a village in the municipality of Beersel, Belgium.

Erasme or Erasmus metro station is the western terminus of line 5 on the Brussels Metro. It is located in the Brussels municipality of Anderlecht. Erasmus opened on 15 September 2003 as part of the extension to line 1B including the stations La Roue/Het Rad, CERIA/COOVI and Eddy Merckx. In April 2009, this part of line 1B became part of line 5. The station lies at grade and has a single island platform which can be reached through tunnels under the tracks.

The Erasmus Research Park is a science park located in the Brussels-Capital Region of Belgium and it is being managed by the Brussels Regional Investment Company. The research park provides a business incubator for spin-offs of universities and space for companies active in research and development.

The Halle train collision (also known as the Buizingen train collision) was a collision between two trains in Buizingen, in the municipality of Halle, Flemish Brabant, Belgium, on 15 February 2010. It was the railway accident with the worst death toll in over fifty years in Belgium.

These are some bigger and more relevant cities in the wider vivinity of Sint-Pieters-Leeuw.