Bou ’Okkaz in Marrakesh-Safi is a city in Morocco about 181 mi (or 291 km) south of Rabat, the country's capital.

Local time in Bou ’Okkaz is now 05:09 PM (Friday). The local timezone is named Africa / Casablanca with an UTC offset of one hour. We know of 8 airports in the vicinity of Bou ’Okkaz, of which one is a larger airport. The closest airport in Morocco is Menara Airport in a distance of 1 mi (or 2 km), North-West. Besides the airports, there are other travel options available (check left side).

There are several Unesco world heritage sites nearby. The closest heritage site in Morocco is Medina of Essaouira (formerly Mogador) in a distance of 13 mi (or 22 km), South-West. Also, if you like golfing, there are multiple options in driving distance. If you need a place to sleep, we compiled a list of available hotels close to the map centre further down the page.

Depending on your travel schedule, you might want to pay a visit to some of the following locations: Marrakesh, Moulay Brahim, Sidi Bou Othmane, Tidili Mesfioua and Amizmiz. To further explore this place, just scroll down and browse the available info. 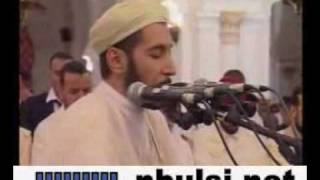 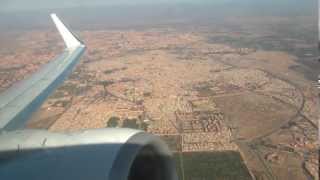 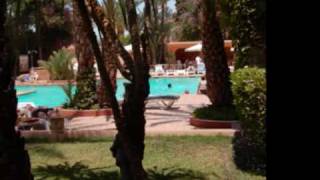 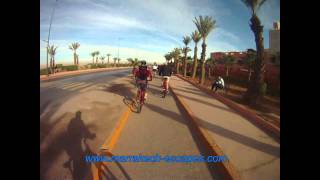 Biking tour in the city of Marrakesh Morocco

Marrakesh bike tour, visit Marrakesh by bicycle the city walls and Djemaa lafnaa square the palmeraie and oasis by mountainbike http://www.marrakech-escapes.com . Follow us on ... 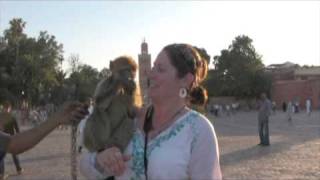 Lost in Morocco: A Girl's trip through Marrakech

In May of 2009, three American girls got the chance to travel to Morocco. During their visit, they were able to see Marrakech and Essaouria, ride some camels, do some shopping, eat some Moroccan... 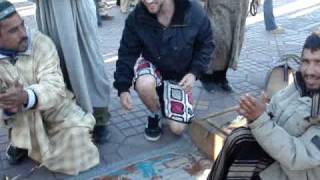 Kissing a King Cobra in La Place, Marrakesh, Morocco. The last day of this trip. 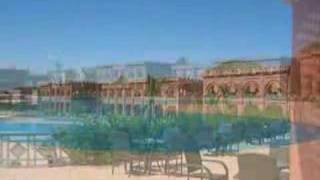 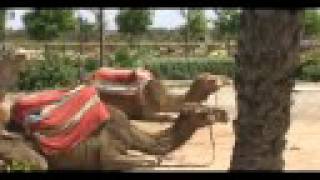 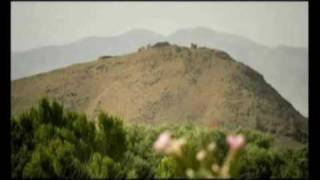 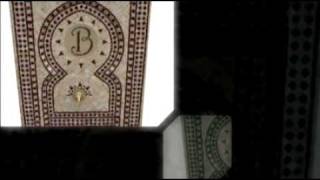 Marrakesh, or Marrakech (pronounced Marra-kesh), is a major city in the northwest African nation of Morocco. With a population of 794,620 and 1,063,415 in the metropolitan area according to the 2004 census, it is Morocco's fourth largest city after Casablanca, Fes and Rabat, and the capital of the mid-southwestern economic region of Marrakech-Tensift-El Haouz, near the foothills of the snow-capped Atlas Mountains.

Marrakesh Menara Airport is an airport serving Marrakesh, the capital city of the Marrakesh-Tensift-El Haouz region in Morocco. It is an international facility that receives several European flights as well as flights from Casablanca and some of the Arab world nations. The airport served over 3.1 million passengers in the year 2008.

The Menara gardens are gardens located to the west of Marrakech, Morocco, at the gates of the Atlas mountains. They were built in the 12th century (c. 1130) by the Almohad ruler Abd al-Mu'min. The name menara derives from the pavillon with its small green pyramid roof (menzeh). The pavilion was built during the 16th century Saadi dynasty and renovated in 1869 by sultan Abderrahmane of Morocco, who used to stay here in summertime.

Located at 31.631, -8.01726 (Lat. / Lng.), about 3 miles away.
Wikipedia Article
Railway stations in Morocco, Marrakech, Buildings and structures in Marrakech

The Circuit International Automobile Moulay El Hassan (also known as Marrakech Street Circuit and Marrakech Racetrack) is a 4.624 kilometres temporary street circuit in Agdal district, Marrakech, Morocco. The circuit is venturing by MGP. MGP’s partner in Morocco, D3 Motorsport Development has been given the responsibility of the design of the street circuit. It is the same architect company that designed the Surfers Paradise Street Circuit in Australia.

Bab Ksiba is one of the nineteen gates of Marrakech, Morocco. It was built in the 12th century in the time of the Almohad dynasty. The name Ksiba, (pronounced Lak- siba), in Berber refers to the Kasbah district of the Medina, where this gateway is located. Kasbah means Fortress where Ksiba means literally "Little-Fort". To the left of Bab Ksiba (as shown in the photograph) stands an ancient Eucalyptus tree.

These are some bigger and more relevant cities in the wider vivinity of Bou ’Okkaz.

This place is known by different names. Here the ones we know:
Bou ’Okkaz, Bou-Okkaz