Current time in Wundanyi is now 03:36 AM (Monday). The local timezone is named Africa / Nairobi with an UTC offset of 3 hours. We know of 9 airports near Wundanyi, of which two are larger airports. The closest airport in Kenya is Kilaguni Airport in a distance of 40 mi (or 64 km), North-West. Besides the airports, there are other travel options available (check left side).

When in this area, you might want to pay a visit to some of the following locations: Mbale, Moshi, Kwale, Mombasa and Kilifi. To further explore this place, just scroll down and browse the available info. 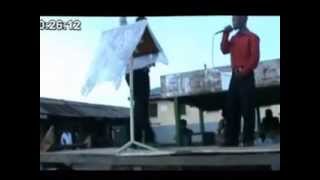 This is during an outreach mission to Wundanyi in Taita Taveta county. The speaker is Francis Gitau. Be blessed! @TtucCU ©Taita Taveta Christian Union Editting- Fabian Kunguru, Erick Wenwa... 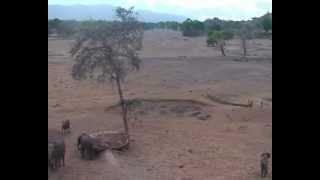 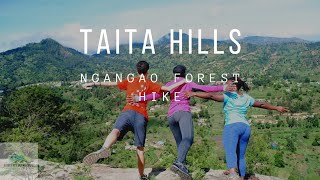 Wundanyi is a town lying in the Taita Hills of southern Kenya, about 20 km west of Voi and about 4 km northeast of Ngerenyi. It is also the administrative centre for Taita-Taveta District. The town has a population of 4055 (1999 census). Wundanyi is the centre of an agricultural area and the surrounding slopes are highly terraced. The town is a popular base for hiking, while local attractions include the Ngangao Forest, known for its butterflies, Wesu Rock and the Cave of Skulls.

The Taita Hills, sometimes also spelled as Teita Hills, are a precambrian mountain range in the south-west of Kenya in Taita-Taveta District. The hills consist of three massifs namely Dabida, Sagalla in the southern side of Voi township and Kasigau in the south near the border of Tanzania. The Dawida massif is the largest and tallest of the three, with an altitude of 2,228 meters above sea level at its highest peak, Vuria. Dabida has three other main peaks: Iyale, Wesu, and Susu.

Ngangao Forest is one of the few remaining indigenous cloud forest fragments of the Taita Hills, Kenya. It is located on a rock surrounded by the villages of Makandenyi, Maghimbinyi, Mgambonyi and Kitumbi. It lies 10 km from Wundanyi and can easily be reached by road. There is even frequent public transport from Wundanyi to Makandenyi (at least 10 vehicles daily). The very basic "Ngangao forest camp" is located next to the forester's house at the edge of forest.

Mbale is a town in western Kenya, the central town and headquarters of Vihiga County. It is also called Maragoli, after the indigenous inhabitants of the area, and is home to the annual Maragoli Cultural Festival, which is held every 26 December. Uganda has a town also called Mbale. Mbale's population is around 60,000 people of different races which include the Luhya, Kikuyu, Kisii and Luo, Asians.

Wesu District Hospital is a 60-bed government hospital in Kenya under the Ministry of Medical Services. It is located in the town of Wundanyi, which is in Wuchichi sub-location, Wundanyi division, Taita district, Wundanyi Constituency, Coast Province.

These are some bigger and more relevant cities in the wider vivinity of Wundanyi.

This place is known by different names. Here the ones we know:
Wundanyi