Thika in Nairobi with it's 200,000 inhabitants is located in Kenya about 25 mi (or 40 km) north-east of Nairobi, the country's capital.

Local time in Thika is now 12:05 PM (Sunday). The local timezone is named Africa / Nairobi with an UTC offset of 3 hours. We know of 8 airports in the wider vicinity of Thika, of which one is a larger airport. The closest airport in Kenya is Jomo Kenyatta International Airport in a distance of 22 mi (or 35 km), South-West. Besides the airports, there are other travel options available (check left side).

There are two Unesco world heritage sites nearby. The closest heritage site in Kenya is Mount Kenya National Park/Natural Forest in a distance of 84 mi (or 135 km), North. We found 2 points of interest in the vicinity of this place.

Depending on your travel schedule, you might want to pay a visit to some of the following locations: Kiambu, Murang'a, Nairobi, Machakos and Keruguya. To further explore this place, just scroll down and browse the available info. 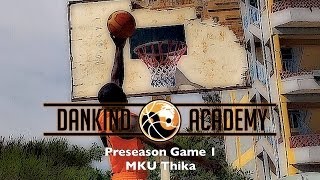 Dankind Academy is running a humanitarian project in East Africa using basketball as a vehicle for progress. Our goal is to train, mentor and educate athletes to become charitable, professional... 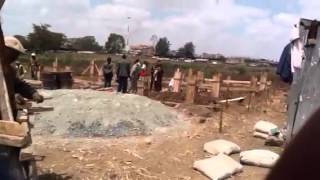 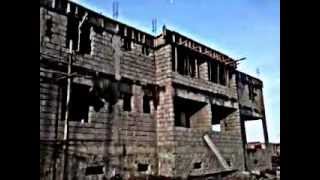 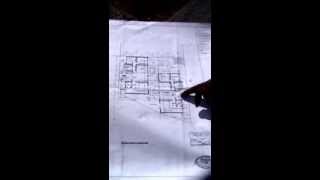 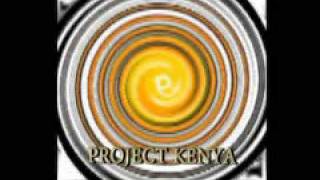 Danger is a word the don't know. In fact don't want to know, because it is their living. Young hustlers dive from very high altitudes into the sources of Thika (Kenia) waterfalls. They get... 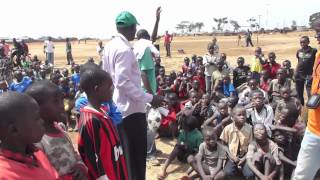 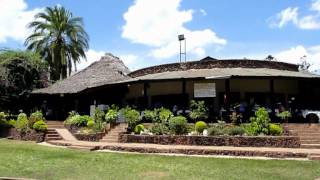 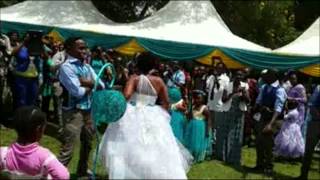 One Hype Couple + Sisimsha Entertainment = One Crazy Wedding Dance Fest . . . Chris and Ronnie, we enjoyed MC'ing and Entertaining at your wedding to bits . . . mlikuwa na Psyche ya Nyumba... 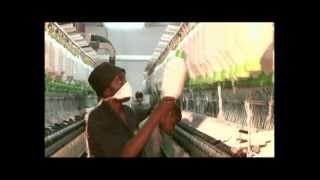 A Documentary by Plus Media Interactive on the Kenyan Textile Industry. An appeal to government, policy makers, stakeholders and Kenyans in general to act in support this crucial sector. 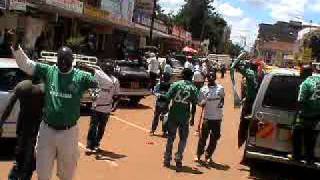 Thika is an industrial town in Central Province, Kenya, lying on the A2 road 40 kilometres north east of Nairobi, near the confluence of the Thika and Chania Rivers. Thika has a population of 200,000 and is growing rapidly, as is the entire greater Nairobi area. Its elevation is approximately 1,631 metres . Thika is home to the Chania Falls, 14 falls on river Athi and the Thika Falls, while Ol Donyo Sabuk National Park lies to its southeast.

Thika District is an administrative district in the Central Province of Kenya. Its capital town is Thika. The district is adjacent to the northeastern border of Nairobi. The district has a population of 645.713 http://www. cck. go. ke/html/final_annex1_cover_status. pdf. The district is predominantly rural, but its urban population is soaring as Nairobi is growing rapidly. Kikuyu are the dominant tribe in the district.

Thika High School is a boys-only boarding high school located in Thika District in Central Province, Kenya. Thika High School was founded in 1951, while Kenya was still a British Colony, by the Alliance of Protestant Churches and the Church of Scotland Mission (later known as the Presbyterian Church of East Africa or PCEA).

Gretsa University is a private university located within Thika Municipality along Garissa Road approximately four kilometres from the junction of Garissa Road and Murang'a-Nairobi highway. It is well served by a network of roads including the Nairobi-Thika superhighway and the major highways to the regions of Central,Mt. Kenya, Eastern, Northern and North- Eastern Kenya.

Mt Kenya University (MKU) is a private university in Thika Kenya. The idea behind the establishment of the University dates back to 1996 when the precursor of the University, the Thika Institute of Technology was founded as a Computer Outreach Program. At this point in time in Kenyan history, the development of Information Communication Technology (ICT) both Mobile Telephony and Computer Technology had started gaining an upward momentum in rural and urban centres.

These districts belong to Thika.

These are districts that are close by, but belong to a different city than Thika.

These are some bigger and more relevant cities in the wider vivinity of Thika.

This place is known by different names. Here the ones we know:
Dhika, Thika, Тик