Safety Score: 3,4 of 5.0 based on data from 9 authorites. Meaning please reconsider your need to travel to Kenya.

Local time in Nakuru is now 09:38 AM (Wednesday). The local timezone is named Africa / Nairobi with an UTC offset of 3 hours. We know of 8 airports in the vicinity of Nakuru, of which one is a larger airport. The closest airport in Kenya is Nakuru Airport in a distance of 6 mi (or 10 km), East. Besides the airports, there are other travel options available (check left side).

There are several Unesco world heritage sites nearby. The closest heritage site in Kenya is Kenya Lake System in the Great Rift Valley in a distance of 52 mi (or 83 km), North. Looking for a place to stay? we compiled a list of available hotels close to the map centre further down the page.

When in this area, you might want to pay a visit to some of the following locations: Ol Kalou, Kericho, Narok, Kabarnet and Bomet. To further explore this place, just scroll down and browse the available info. 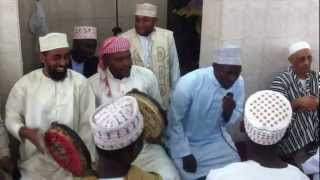 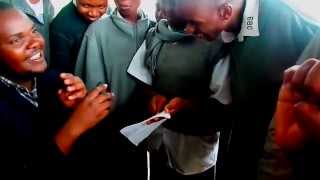 THE PRESIDENTS AWARD SCHEME- DeKUT UNIT visited Ngala Secondary School for the Deaf in Nakuru on 19th May 2014 to 24th May 2014 where they undertook a Residential Project. 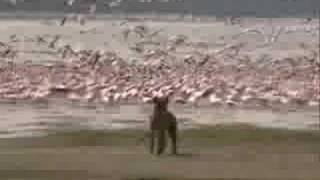 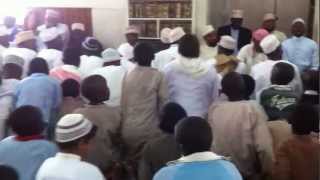 Dawsonville is a railway town and junction in Kenya, lying on the main line to Uganda and the branches to Kisumu and Solai.

Hyrax Hill is a prehistoric site near Nakuru in the Rift Valley province of Kenya. It is considered one of the country's most important neolithic excavation sites. Hyrax Hill dates from 1500 B.C. and was discovered by Louis and Mary Leakey in 1926. Excavations started in 1937, directed by Mary Leakey. Remains of settlements, tombs and a fortress built of stone were found, as well as 19 bodies, beheaded in an unusual way and in a crooked posture.

Afraha Stadium is a multi-purpose stadium in Nakuru, Kenya. It used mostly for football matches and is the home stadium of Nakuru AllStars of the FKF Division One and Ulinzi Stars of the Kenyan Premier League. The stadium holds 8,200 people and opened in 1948. The stadium is two kilometres from the famous Lake Nakuru National Park. Even though it is a football stadium, it became famous for hosting many political meetings including the GEMA promoted change the constitution series held in 1970s.

Nakuru County Council is one of the largest counties in the Republic of Kenya, East Africa. It is home to a population of around 1,6 million, living on some 5,000 square kilometers in the central part of the country. The Nakuru area has a rich and fascinating history, with human settlements dating back more than 3,000 years. The population is very diverse, with residents that have migratory background from different parts of the country.

These districts belong to Nakuru.

These are some bigger and more relevant cities in the wider vivinity of Nakuru.