Nairobi in Nairobi with it's 2,750,547 habitants is located in Kenya. It's the capital of this country.

Current time in Nairobi is now 03:51 PM (Thursday). The local timezone is named Africa / Nairobi with an UTC offset of 3 hours. We know of 8 airports close to Nairobi, of which one is a larger airport. The closest airport in Kenya is Nairobi Wilson Airport in a distance of 3 mi (or 4 km), South. Besides the airports, there are other travel options available (check left side).

There are several Unesco world heritage sites nearby. The closest heritage site in Kenya is Mount Kenya National Park/Natural Forest in a distance of 105 mi (or 169 km), North. We encountered 3 points of interest near this location. If you need a hotel, we compiled a list of available hotels close to the map centre further down the page.

While being here, you might want to pay a visit to some of the following locations: Kiambu, Machakos, Kajiado, Murang'a and Nyeri. To further explore this place, just scroll down and browse the available info. 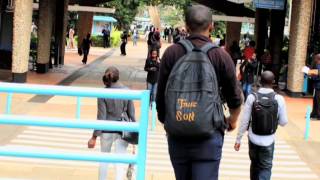 College of Architecture and Engineering, University of Nairobi DOCUMENTARY 2014

This is a documentary about University of Nairobi, College of Architecture& Engineering, show casing the various undergraduate and Graduate degree programs offered by the different Schools...

Its time for the holiday episode where we learn about making butter with Maspeedy, some Hot Numbers. and some Cool Words!

This holiday episode of KZ looks at advice. Do you oftne ask for help and advice? Who gives the best advice? We also catch up with the Soul City Buddiez in South Africa.

This holiday catch up episode is a great way to remind yourself of your school work in the holiday!

Today we look at being famous. Who would you like to meet that is famous? We also catch up with The Big Three to test ourselves on all types of things!

We meet up in the Art Zone in this episode for some fun and games, but also make time for learning in Hot Numbers and Cool Words.

We join the gang again today to see what the Junction Juniors are up to as the struggle to stay friends forever. 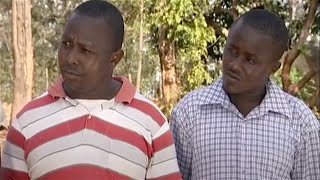 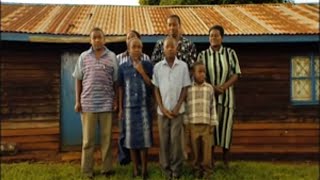 On today's shamba shape up we learn how to make Silage, Planting Bananas and sweet potatoes, the importance of using gutters and learn the Push-Pull method for Napier grass and Maize plant.

Nairobi is the capital and largest city of Kenya. The city and its surrounding area also forms the Nairobi County. The name "Nairobi" comes from the Maasai phrase Enkare Nyrobi, which translates to "cold water". The phrase is also the Maasai name of the Nairobi river, which in turn lent its name to the city. However, it is popularly known as the "Green City in the Sun" and is surrounded by several expanding villa suburbs. Residents of Nairobi are known as Nairobians.

Kenyatta International Conference Centre (KICC) is a 30-storey building located in Nairobi, Kenya. It is located in the central business district of Nairobi. It is a venue for conferences, meetings, exhibitions and special events within a walking distance of several five star hotels. It has hosted many international conferences and seminars. There are several well-equipped conferences and meeting rooms with the largest having a capacity over 4,000 delegates.

The National Assembly is the lower house of the Parliament of Kenya following the 2010 referendum. Prior to this it was the unicameral legislature of the country. It has a total of 349 seats; 290 elected from the constituencies, 47 women elected from the counties and 12 nominated representatives. The speaker serves as an ex officio member.

State House is the official residence of the President of Kenya. It was originally known as Government House. This building was built in 1907 in Nairobi to serve as the official residence of the Governor of British East Africa when Kenya was a British Colony. The governor would conduct his official functions at the old Provincial Commissioner’s office (now a national monument) next to Nyayo House and then retire to Government House for the day.

Located at -1.2828, 36.8029 (Lat. / Lng.), about 1 miles away.
Wikipedia Article
Houses completed in 1907, Official residences in Kenya, Government Houses of the British Empire and Commonwealth, Presidential palaces, Buildings and structures in Nairobi, Kenya Colony

Located at -1.28613, 36.8196 (Lat. / Lng.), about 0 miles away.
Wikipedia Article
Universities and colleges in Kenya, Education in Nairobi, Educational institutions established in 2003

The 1998 United States embassy bombings were a series of attacks that occurred on August 7, 1998, in which hundreds of people were killed in simultaneous truck bomb explosions at the United States embassies in the East African capitals of Dar es Salaam, Tanzania, and Nairobi, Kenya. The date of the bombings marked the eighth anniversary of the arrival of American forces in Saudi Arabia.

The Nairobi Railway Museum is a railway museum in Nairobi, Kenya, adjacent to Nairobi railway station. Containing exhibits from the defunct East African Railways, it was opened in 1971 by East African Railways and Harbours Corporation. It is today operated by Kenya Railways. The museum has maintained its rail connection. This allows for the efficient movement of museum exhibits for maintenance etc. It also allows additions to the collection to be easily placed on site.

The A109 road is the main road link between the Kenyan cities of Nairobi and Mombasa. It is also known as The Mombasa road. For the majority of the distance, the road runs adjacent to the Nairobi-Mombasa main line, itself a branch of the Uganda Railway. It is also regarded as one of the most dangerous roads in the country due to the many hundreds of road deaths that have occurred in the last few years.

Cathedral Basilica of the Holy Family

The Cathedral Basilica of the Holy Family is a Roman Catholic cathedral and basilica dedicated to the Holy Family located in Nairobi, Kenya. The basilica is the seat of the Archdiocese of Nairobi. The church was designated a basilica on February 15, 1982.

Nairobi railway station is a railway station located in Nairobi, Kenya. The station is on the Uganda Railway, and runs services to Mombasa three times per week. There has, however, been suggestion that daily services will resume from around Easter 2010 for the first time since August 2004.

Jamhuri High School, formerly known as Government Indian School and later The Duke of Gloucester School, is one of the oldest schools in Kenya. It was founded as a Railway Educational Centre in 1906. Prior to Kenya's independence from the British, the school, located at Ngara Nairobi, predominantly enrolled students from the Indian community in Nairobi, hence its former name Government Indian School.

These districts belong to Nairobi.

These are districts that are close by, but belong to a different city than Nairobi.

These are some bigger and more relevant cities in the wider vivinity of Nairobi.