Zanzibar in Mjini (Zanzibar Urban/West Region) with it's 403,658 inhabitants is located in Tanzania about 238 mi (or 382 km) east of Dodoma, the country's capital.

Local time in Zanzibar is now 07:15 AM (Monday). The local timezone is named Africa / Dar es Salaam with an UTC offset of 3 hours. We know of 8 airports in the wider vicinity of Zanzibar, of which one is a larger airport. The closest airport in Tanzania is Zanzibar Airport in a distance of 4 mi (or 7 km), South-East. Besides the airports, there are other travel options available (check left side).

There are two Unesco world heritage sites nearby. The closest heritage site in Tanzania is Stone Town of Zanzibar in a distance of 23 mi (or 36 km), North. If you need a place to sleep, we compiled a list of available hotels close to the map centre further down the page.

Depending on your travel schedule, you might want to pay a visit to some of the following locations: Koani, Mkokotoni, Dar es Salaam, Kibaha and Chake Chake. To further explore this place, just scroll down and browse the available info. 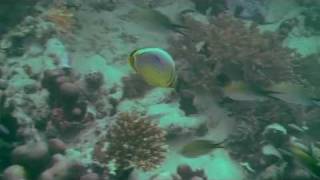 Zanzibar offers some of the world's most exciting scuba diving opportunities and at ScubaDo Zanzibar guests can enjoy both snorkeling and scuba diving tours. Copyright to http://www.simplytrave... 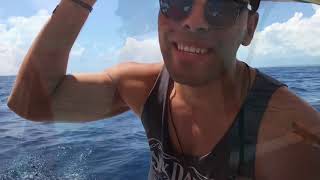 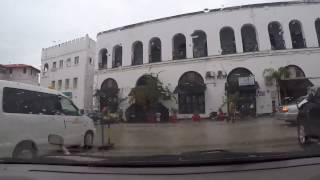 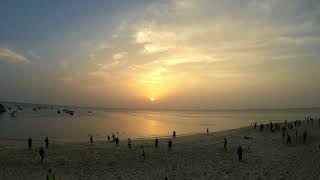 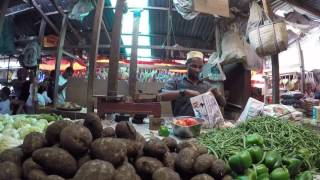 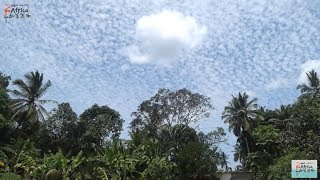 Travel Africa! Driving through the sky with cloud in Zanzibar / ASMR 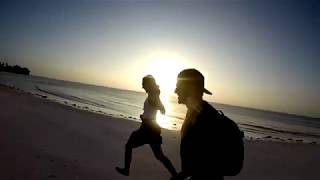 A short video of our Zanzibar experience in Jan.2018. 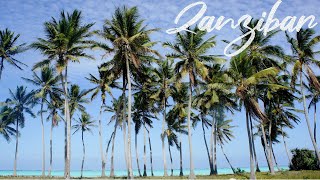 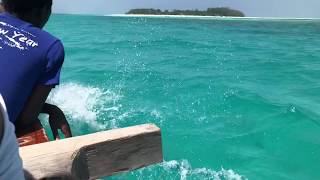 Highlight of some memorable moments in Zanzibar. IG:@debralicious blog: www.debralicious.com.

Stone Town also known as Mji Mkongwe (Swahili for "old town") is the old part of Zanzibar City, the main city of Zanzibar, in Tanzania, as opposed to Ng'ambo (Swahili for 'the other side'). It is located on the western coast of Unguja, the main island of the Zanzibar Archipelago.

HMS Pegasus was one of 11 Pelorus-class protected cruisers ordered for the Royal Navy in 1893 under the Spencer Program and based on the earlier Pearl-class. The class were fitted with a variety of different boilers, most of which were not entirely satisfactory, and by 1914, four ships had been withdrawn. They had all been condemned in 1904 but were reprieved and remained in service, with scrapping proposed in 1915.

Bububu is a town on the Tanzanian island of Unguja, the main island of Zanzibar. It is located on the central west coast, 10 kilometres north of the Zanzibari capital of Stone Town. The town is predominantly a densely populated industrial town, but it is also noted for its beach, which is one of the best within easy reach of the capital. One of the first railways in Zanzibar was built in 1905 to connect Bububu to Stone Town.

State University of Zanzibar is located is located on Unguja island in Zanzibar, Tanzania. The university was established by an act of House of Representatives of Zanzibar in 1999 and became operational in 2002.

Located at -6.16583, 39.1917 (Lat. / Lng.), about 0 miles away.
Wikipedia Article, Homepage
Universities in Tanzania, Education in Zanzibar, Educational institutions established in 2002, 2002 establishments in Tanzania

The Forodhani Gardens (also known as Jubilee Gardens and more recently as Forodhani Park) are a small park of the historical city of Stone Town, Zanzibar, Tanzania. The gardens are located along the main seawalk of Stone Town, just in front of the most famous buildings of Stone Town, i.e. , the House of Wonders and the Old Fort.

The Battle of Zanzibar was a naval battle of the First World War between the Kaiserliche Marine and the Royal Navy. The German cruiser SMS Konigsberg had been taking on coal in the delta of the Rufiji River when her crew were told that a British cruiser—HMS Pegasus, which had been part of the Royal Navy's Cape Squadron sent to counter Koningsberg—had put in at Zanzibar for repairs. Konigsberg′s captain—Commander Max Looff—decided to attack Pegasus while she was in port.

The House of Wonders or Palace of Wonders is a landmark building in Stone Town, Zanzibar. It is the largest and tallest building of Stone Town and occupies a prominent place facing the Forodhani Gardens on the old town's seafront, in Mizingani Road. It is located between the Old Fort and the Palace Museum (and former Sultan's Palace).

The Palace Museum, also known as Sultan's Palace (Beit el-Sahel in Arab), is one of the main historical buildings of Stone Town, Zanzibar. It is a 3-floors building with merlon-decorated white walls, located in Mizingani Road, on the seafront, between the House of Wonders and the Old Dispensary. The palace was built in late 19th century to serve as a residence for the Sultan's family.

The Roman Catholic cathedral of St. Joseph is one of the most important historical buildings in Stone Town, Zanzibar, as well as one of its main visitor attractions. The church is regularly used by the local Catholic community, with several masses being held each Sunday and occasionally on weekdays.

Located at -6.16278, 39.1889 (Lat. / Lng.), about 1 miles away.
Wikipedia Article
Places of worship in Zanzibar, Buildings and structures in Zanzibar, Roman Catholic cathedrals in Africa, Cathedrals in Tanzania

These districts belong to Zanzibar.

These are some bigger and more relevant cities in the wider vivinity of Zanzibar.