Current time in Pangani is now 12:52 PM (Thursday). The local timezone is named Africa / Dar es Salaam with an UTC offset of 3 hours. We know of 8 airports near Pangani, of which one is a larger airport. The closest airport in Tanzania is Tanga Airport in a distance of 24 mi (or 39 km), North. Besides the airports, there are other travel options available (check left side).

There are several Unesco world heritage sites nearby. The closest heritage site in Tanzania is Stone Town of Zanzibar in a distance of 32 mi (or 52 km), South-East.

When in this area, you might want to pay a visit to some of the following locations: Tanga, Mkokotoni, Zanzibar, Koani and Chake Chake. To further explore this place, just scroll down and browse the available info. 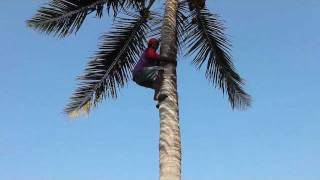 How to Climb a Coconut Tree

How to Climb a Coconut Tree. Filmed at Aurora Healing in Pangani, Tanzania Africa. The juice was sweet and the coconut was delicious! 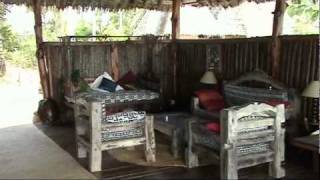 the tides lodge in Pangani - on a Tanzania Safari with Tanzania Odyssey. For more information and other videos of Tanzania please see http://www.tanzaniaodyssey.com or email to ... 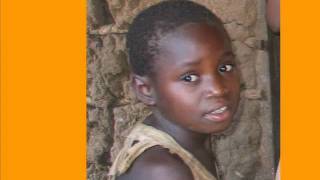 Pangani is a town in northeast Tanzania that lies 45 km south of Tanga, at the mouth of the Pangani River. It is the headquarters of Pangani District. Although archaeologists have found the remains of small 15th century settlements on the bluffs just north of Pangani, the modern town came to prominence in the nineteenth century, when, under nominal Zanzibari rule, it was a major terminus of caravan routes to the deep interior.

The Pangani River (pin-gi'nee) (also called Luffu and Jipe Ruvu, especially in older sources, and probably once called Rhaptus) is a major river of northeastern Tanzania. It has two main sources: the Ruvu, which rises as Lumi at Kilimanjaro, passes through Lake Jipe, and empties into the Nyumba ya Mungu Reservoir - and the from west coming and mainly from Mount Meru fed Kikuletwa, that also enters into the Nyumba ya Mungu Reservoir.

These are some bigger and more relevant cities in the wider vivinity of Pangani.

This place is known by different names. Here the ones we know:
Pangani