Safety Score: 4,2 of 5.0 based on data from 9 authorites. Meaning please reconsider your need to travel to Iran.

Tehran in Ostān-e Tehrān with it's 7,153,309 inhabitants is a city in Iran. It's the capital of this country.

Local time in Tehran is now 06:39 AM (Friday). The local timezone is named Asia / Tehran with an UTC offset of 4.5 hours. We know of 8 airports in the vicinity of Tehran, of which two are larger airports. The closest airport in Iran is Mehrabad International Airport in a distance of 6 mi (or 10 km), West. Besides the airports, there are other travel options available (check left side).

There is one Unesco world heritage site nearby. It's Golestan Palace in a distance of 1 mi (or 2 km), South. We found 1 points of interest in the vicinity of this place. If you need a place to sleep, we compiled a list of available hotels close to the map centre further down the page.

Depending on your travel schedule, you might want to pay a visit to some of the following locations: Rey, Tajrish, Eslamshahr, Shahr-e Qods and Pakdasht. To further explore this place, just scroll down and browse the available info. 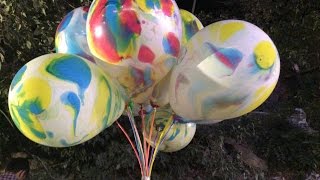 Darband, is one of the most popular local and tourist attractions in Tehran, Iran, located at the foothills of the Alborz Mountains. This video shows a POV walking tour of the activity and... 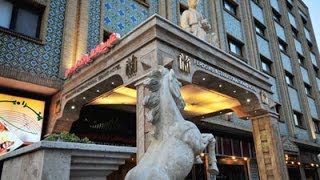 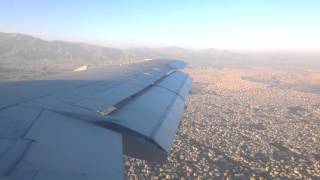 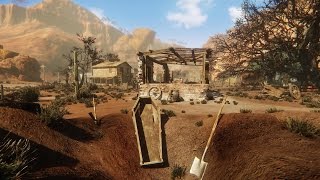 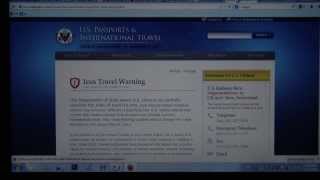 Do not travel to Iran

Im involved in Tourism business in Iran! I have just started documentary film directing! It seems Iran is booming in Tourism in 2014 after a long time of silence! Most of the people are happy!... 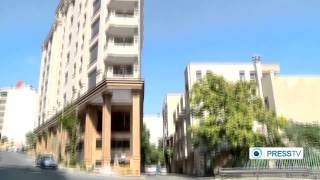 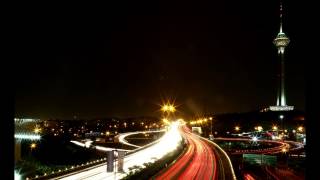 Milad Tower, also known as Borj-e Milad or Tehran/Teheran Tower, is a 435 m-high multi-purpose Iranian concrete tower built in 2007 in between the Shahrak-e Gharb and Gisha districts of Tehran. 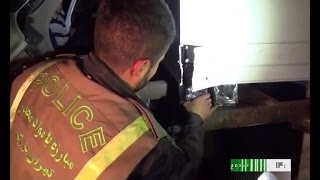 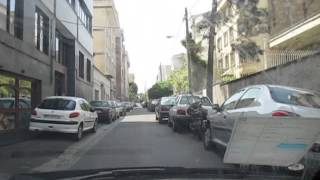 Tehran, sometimes spelled Teheran, is the capital of Iran and Tehran Province. With a population of 12,223,598 it is Iran's largest urban area and city, one of the largest cities in Western Asia. In the 20th and 21st centuries, Tehran has been the subject to mass migration of people from all around Iran. The city is home to many historic mosques, churches, synagogues and Zoroastrian fire temples.

The Imperial crown jewels of Iran (also known as the Imperial crown jewels of Persia) include several elaborate crowns and decorative thrones, thirty tiaras, and numerous aigrettes, a dozen bejewelled swords and shields, a vast number of unset precious gems, numerous plates and other dining services cast in precious metals and encrusted with gems, and several other more unusual items (such as a large golden globe with the continents made of emeralds and the latitudes and longitudes marked in diamonds) collected by the Iranian monarchy during its 2,500-year existence.

Towhid Prison was an unofficial detention centre in Tehran, Iran, conducted under Reza Shah Pahlavi as a female prison by then secret police SAVAK, against opponents of the former regime of Mohammad-Reza Shah Pahlavi. It reportedly was shut down in August 2000, after Roozbeh Farahanipour presented his report on the prison to Amnesty International and other human rights organizations http://www. web. amnesty. org/web/ar2001. nsf/webmepcountries/IRAN?OpenDocument http://www. cbc.

Located at 35.6869, 51.4186 (Lat. / Lng.), about 1 miles away.
Wikipedia Article
History of Tehran, Buildings and structures in Tehran, Prisons in Iran, Human rights in Iran, Museums in Tehran

Toopkhāneh (also spelt as Tupkhāneh) is a major town square and a neighborhood in the south of the central district of the city of Tehran, Iran. built in 1867 by an order of Amir Kabir and Commissioned in 1877.

Saadi Metro Station is a station in Tehran Metro Line 1. It is located in the junction of Saadi Street and Jomhuri-ye Eslami Street. It is between Imam Khomeini Metro Station and Darvaze Dolat Metro Station.

Ferdowsi Metro Station is a station in Tehran Metro Line 4. It is located in Ferdowsi Square the junction of Enghelab Street and Ferdowsi Street. It is between Darvaze Dolat Metro Station and Vali-e-Asr Metro Station. It has connection to Tehran Bus BRT1.

2011 attack on the British Embassy in Iran

The 2011 attack on the British Embassy in Iran was a mob action on 29 November 2011 by a crowd of Iranian protesters who stormed the embassy and another British diplomatic compound in Tehran, Iran ransacking offices and stealing documents. One small building was set on fire during the incident and several people were injured.

The following is a timeline of the history of Tehran, Iran.

These districts belong to Tehran.

These are districts that are close by, but belong to a different city than Tehran.

These are some bigger and more relevant cities in the wider vivinity of Tehran.