Current time in Dāmghān is now 08:23 PM (Monday). The local timezone is named Asia / Tehran with an UTC offset of 3.5 hours. We know of 4 airports close to Dāmghān. The closest airport in Iran is Gorgan Airport in a distance of 51 mi (or 83 km), North. Besides the airports, there are other travel options available (check left side).

There is one Unesco world heritage site nearby. It's Gonbad-e Qābus in a distance of 88 mi (or 142 km), North-East.

While being here, you might want to pay a visit to some of the following locations: Kord Kuy, Gorgan, Bandar-e Gaz, Galugah and Bandar-e Torkaman. To further explore this place, just scroll down and browse the available info. 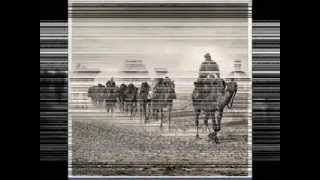 All pictures are collected from the archives, universities and archaeological sites.

The 856 Damghan Earthquake or the 856 Qumis earthquake occurred on 22 December, 856 AD. The earthquake had an estimated magnitude of 7.9, and a maximum intensity of X (intense) on the Mercalli intensity scale. The meizoseismal area (area of maximum damage) extended for about 350 kilometres along the southern edge of the eastern Alborz mountains of present-day Iran including parts of Tabaristan and Gorgan.

The Tarikhaneh Temple, also called the Tarikhaneh Mosque, is a Sassanid-era monument located on the southern limit of the present day city of Damghan, Iran. This structure was initially used as a Zoroastrian Fire Temple during the Sassanid period, however, after the fall of the Sassanid Empire it was rebuilt and converted into a mosque in the 8th century. The monument is, thus, known as the oldest mosque in Iran.

These districts belong to Dāmghān.

These are districts that are close by, but belong to a different city than Dāmghān.

These are some bigger and more relevant cities in the wider vivinity of Dāmghān.

This place is known by different names. Here the ones we know:
دامغان, Dāmghān