Current time in Shūsh is now 03:02 AM (Thursday). The local timezone is named Asia / Tehran with an UTC offset of 3.5 hours. We know of 8 airports near Shūsh, of which one is a larger airport. The closest airport in Iran is Ahwaz Airport in a distance of 67 mi (or 107 km), South-East. Besides the airports, there are other travel options available (check left side).

There are two Unesco world heritage sites nearby. The closest heritage site in Iran is Tchogha Zanbil in a distance of 19 mi (or 30 km), South-East.

When in this area, you might want to pay a visit to some of the following locations: Dezful, Andimeshk, Shushtar, Susangerd and Hoveyzeh. To further explore this place, just scroll down and browse the available info. 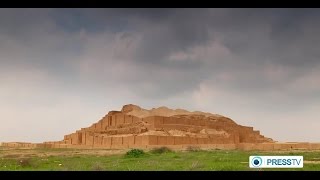 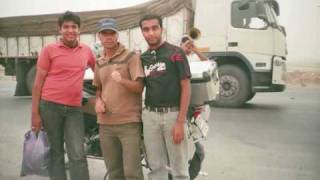 The Battle of Susa was a battle involving Assyrians and Elamites. The Assyrian king Ashurbanipal, had grown tired of the Elamites' attacks on the Mesopotamians, and he decided to destroy Susa as punishment. In 647 BC, the Assyrian king Ashurbanipal leveled the city during a war in which the people of Susa apparently participated on the other side.

Battle of the Uxian Defile

{{#invoke:Coordinates|coord}}{{#coordinates:32.18922|48.257785||||||| |primary |name= }} el:Πρότυπο:Μάχες του Μεγάλου Αλεξάνδρου ru:Шаблон:Сражения Александра Македонского The Battle of Uxian Defile was fought by Alexander the Great against the Uxian tribe of the Persian Empire. The battle raged on the mountain range between the key Persian cities of Susa and Persepolis. Persepolis was the ancient capital of the Persian Empire and held a symbolic value among the native Persian population.

These are some bigger and more relevant cities in the wider vivinity of Shūsh.