Time in Shiraz is now 03:48 AM (Tuesday). The local timezone is named Asia / Tehran with an UTC offset of 3.5 hours. We know of 8 airports nearby Shiraz, of which one is a larger airport. The closest airport in Iran is Shiraz Shahid Dastghaib International Airport in a distance of 6 mi (or 10 km), South-East. Besides the airports, there are other travel options available (check left side).

There are several Unesco world heritage sites nearby. The closest heritage site in Iran is Persepolis in a distance of 31 mi (or 50 km), North-East. Need some hints on where to stay? We compiled a list of available hotels close to the map centre further down the page.

Being here already, you might want to pay a visit to some of the following locations: Marvdasht, Kavar, Sa`adat Shahr, Sarvestan and Firuzabad. To further explore this place, just scroll down and browse the available info. 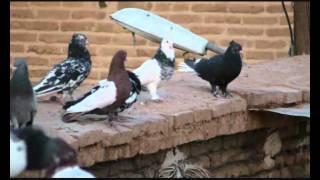 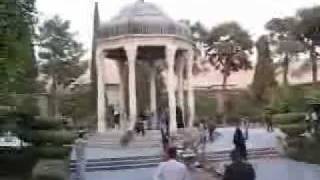 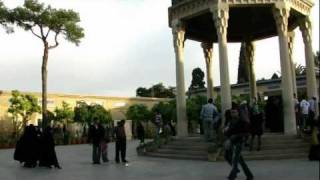 Jubilation in the streets of Shiraz on the day that Khomeini returned to Iran, 1st February 1979

On 1st February 1979, after the departure of the Shah from Iran in January, Ayatollah Khomeini returned to Iran from exile in France. In this short silent 8mm film clip large crowds in Zand... 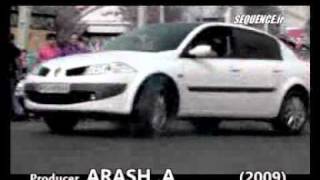 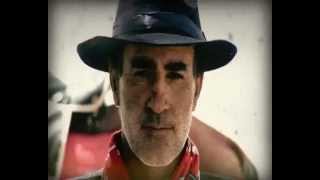 The Documentary about a man who make westerns in a traditional city of Iran (Shiraz) called Negahdar Jamali. More information about the documentary : www.negahdarjamali.com. 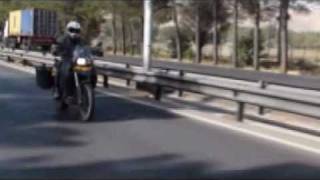 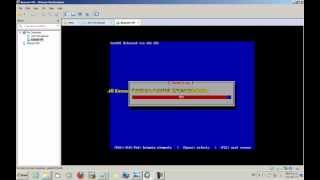 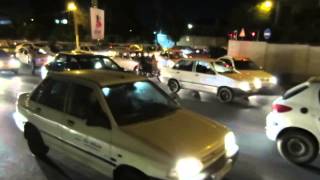 Amazing drivers in Shiraz, Iran, navigate their vehicles at a congested intersection without accidents while pedestrians cross at random. 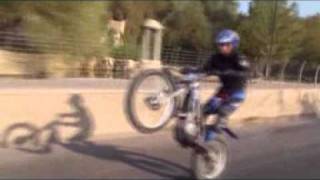 Shiraz  pronunciation is the sixth most populous city of Iran and the capital of Fars Province. In 2009 the population of the city was 1,455,073. Shiraz is located in the southwest of Iran on the Roodkhaneye Khoshk (Dry river) seasonal river. It has a moderate climate and has been a regional trade center for over a thousand years. It is regarded as one of the oldest provinces of ancient Persia. The earliest reference to the city, as Tiraziš, is on Elamite clay tablets dated to 2000 BC.

Fars Province, originally spelled Pars (پارس)), is one of the 31 provinces and known as Cultural Capital of Iran. It is in the south of the country and its center is Shiraz. It has an area of 122,400 km². In 2006, this province had a population of 4.57 million people, of which 61.2% were registered as urban dwellers, 38.1% villagers, and 0.7% nomad tribes. The etymology of the word "Persian" is derived from the cultural capital of Iran and found in many ancient names associated with Iran.

Located at 29.6167, 52.5333 (Lat. / Lng.), about 0 miles away.
Wikipedia Article
Provinces of Iran, Fars Province, Pre-Islamic heritage of Iran, Provinces of the Sassanid Empire

Karim Khan Zand,, (c. 1705 – 1779), was a ruler of Iran, and the founder of the Zand Dynasty. He was born in Village of Pari near Malayer to a family of the Zand tribe of Lak or Lur deportees. Kurdish nationalists such as Abdul Rahman Ghassemlou considered him as a Kurdish hero Modern scholarships such as Wadie Jwaideh suggested his proud Kurdishness. He never styled himself as "shah" or king, and instead used the title Vakil e-Ra'aayaa (Representative of the People).

Shāh Chérāgh is a funerary monument and mosque in Shiraz, Iran, housing the tomb of the brothers Ahmad and Muhammad, sons of Mūsā al-Kādhim and brothers of ‘Alī ar-Ridhā. The two took refuge in the city during the Abbasid persecution of Shia Muslims.

The Hafezieh Stadium is a multi-purpose stadium in Shiraz, Iran. It is currently used mostly for football matches and is the home stadium of Iran Pro League side, Fajr Sepasi F.C. The stadium also is used for some matches of Bargh Shiraz F.C. in Azadegan League. The stadium holds 22,000 people and is all-seater. The stadium was the host venue of 2012 Hazfi Cup Final.

Shiraz County is a county in Fars Province in Iran. The capital of the county is Shiraz. At the 2006 census, the county's population (including those portions later split off to form Kavar County, Sarvestan County, and Kharameh County) was 1,676,927 in 427,268 families; excluding those portions, the population was 1,512,680, in 389,659 families. The county is subdivided into three districts: the Central District, Zarqan District, and Arzhan District.

Atigh Jame' Mosque is a 9th century mosque in Shiraz, the capital of Fars Province, Iran.

Vakil Bath is an old public bath in Shiraz, Iran. It was a part of the royal district constructed during Karim Khan Zand's reign, which includes Arg of Karim Khan, Vakil Bazaar, Vakil Mosque and many administrative buildings.

The Pars Museum is a museum in Shiraz, Fars Province, southern Iran and is located in Nazar Garden. The octagonal building was the place in which royal guests were hosted during the Zand dynasty of Iran. It was also used for holding official ceremonies. It is also the burial place of Karim Khan Zand.

The Vakil Mosque is a mosque in Shiraz, southern Iran, situated to the west of the Vakil Bazaar next to its entrance. This mosque was built between 1751 and 1773, during the Zand period; however, it was restored in the 19th century during the Qajar period. Vakil means regent, which was the title used by Karim Khan, the founder of Zand Dynasty. Shiraz was the seat of Karim Khan’s government and he endowed many buildings, including this mosque.

Chamran Grand Hotel of Shiraz is a five star hotel located in Chamran Boulevard surrounded by the Ghasrodasht gardens in Shiraz, Iran. The structure has a height of 109 meters, and is the highest hotel tower in Iran. The hotel has 230 rooms and 20 suites. Construction of the hotel began in 2008 and it was officially opened in April 2011.

Paramount Crossroads, also known as 15 Khordad Crossroads, is a major intersection in a heavily traveled and central area in Shiraz, Iran. It is the junction of Enqelab-e Eslami Street, Lotfali Khan Street and Qasrodasht Street. There is a fuel station docked on the intersection and Zaytoon Shopping Center is in the immediate area. The junction is often used as an assembly point for protests.

These districts belong to Shiraz.

These are some bigger and more relevant cities in the wider vivinity of Shiraz.