Yogyakarta in Special Region of Yogyakarta with it's 636,660 habitants is a city located in Indonesia about 265 mi (or 427 km) south-east of Jakarta, the country's capital town.

Current time in Yogyakarta is now 12:50 PM (Friday). The local timezone is named Asia / Jakarta with an UTC offset of 7 hours. We know of 9 airports closer to Yogyakarta, of which one is a larger airport. The closest airport in Indonesia is Adi Sutjipto International Airport in a distance of 5 mi (or 8 km), East. Besides the airports, there are other travel options available (check left side).

There are several Unesco world heritage sites nearby. The closest heritage site in Indonesia is Sangiran Early Man Site in a distance of 89 mi (or 143 km), North. In need of a room? We compiled a list of available hotels close to the map centre further down the page.

Since you are here already, you might want to pay a visit to some of the following locations: Sleman, Bantul, Wates, Mungkid and Klaten. To further explore this place, just scroll down and browse the available info.

The Arizon at Malioboro Hotel 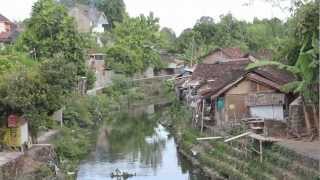 This is a video tour of Yogyakarta on Java, Indonesia, the Javanese capital of culture, art and history. It glimpses the sights, the people and of course the great temples of Borobudur and... 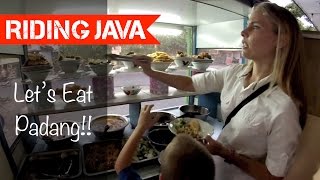 Eating at a Padang Restaurant in Yogyakarta

Come eat with us in Yogyakarta at a typical Indonesian Padang restaurant. The food is good and the price is right. You even get to watch TV while you eat. More info about Padang Restaurants:... 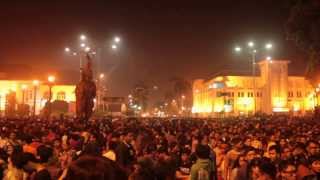 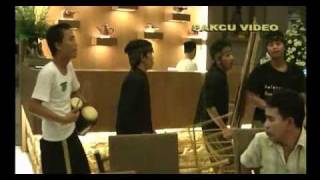 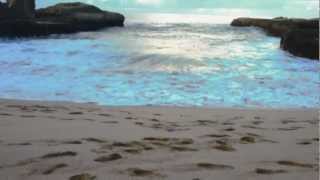 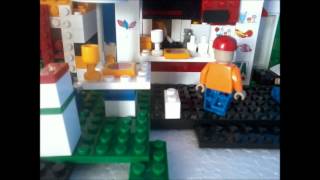 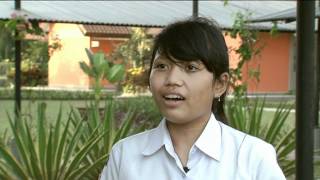 Under the sponsorship of Vodafone Qatar and in partnership with the Titian Foundation of Indonesia, a joint Reach Out To Asia (ROTA) - Virginia Commonwealth University in Qatar (VCUQatar) initiativ. 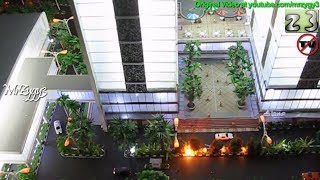 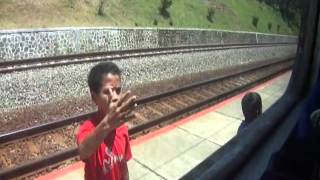 Jalan Malioboro is a major shopping street in Yogyakarta, Indonesia; the name is also used more generally for the neighborhood around the street. It lies north-south axis in the line between Yogyakarta Kraton and Mount Merapi. This is in itself is significant to many of the local population, the north south orientation between the palace and the volcano being of importance. The street is the centre of Yogyakarta's largest tourist district surrounded with many hotels and restaurants nearby.

Fort Vredeburg (also known as Museum Benteng) is a fortress built by the Dutch in Yogyakarta during Colonial times. It is located in front of Gedung Agung, one of seven presidential palaces in Indonesia and the Sultan Palace called Kraton. It was built in 1765 to protect the Dutch governor. It is surrounded by a trench that is still visible. This square-shaped fortress has a watchtower at each of its four corners. In the past, the Dutch troops patrolled frequently on its wall.

Kraton Ngayogyakarta Hadiningrat is the primary kraton of the Yogyakarta Sultanate. The sultan and the royal court has its traditional seat there. The complex consists of a number of low-lying buildings such as audience halls, museums, and the residences of the sultan and the queen. It is a popular tourist destination.

Tugu railway station is located in Yogyakarta, Yogyakarta Special Region and is under the auspices of PT Kereta Api Indonesia Region VI Yogyakarta. This station and its railway tracks stretching from west to east and also as the border of Jetis and Gedongtengen regency. These station serve the departure and arrival of Executive and Business Class train from Jakarta, Bandung, and Surabaya.

Located at -7.7892, 110.364 (Lat. / Lng.), about 1 miles away.
Wikipedia Article
Buildings and structures in Yogyakarta, Railway stations in Indonesia

The subject should be referred to by his given name, Oerip. General Oerip Soemohardjo was an Indonesian general and the first chief of staff of the Indonesian National Armed Forces. Born in Purworejo, Dutch East Indies, Oerip was a mischievous child who exhibited leadership skills from an early age.

General of the Army Raden Soedirman was a high-ranking Indonesian military officer during the Indonesian National Revolution. The first commander-in-chief of the Indonesian Armed Forces, he continues to be widely respected in Indonesia. Born in Purbalingga, Dutch East Indies, to a commoner and his wife, Sudirman was adopted by his uncle, a noble.

These districts belong to Yogyakarta.

These are districts that are close by, but belong to a different city than Yogyakarta.

These are some bigger and more relevant cities in the wider vivinity of Yogyakarta.