Semarang in Provinsi Jawa Tengah with it's 1,288,084 habitants is located in Indonesia about 251 mi (or 404 km) east of Jakarta, the country's capital town.

Current time in Semarang is now 03:54 AM (Monday). The local timezone is named Asia / Jakarta with an UTC offset of 7 hours. We know of 8 airports close to Semarang, of which one is a larger airport. The closest airport in Indonesia is Achmad Yani Airport in a distance of 3 mi (or 6 km), North-West. Besides the airports, there are other travel options available (check left side).

There are several Unesco world heritage sites nearby. The closest heritage site in Indonesia is Sangiran Early Man Site in a distance of 38 mi (or 62 km), North-East. If you need a hotel, we compiled a list of available hotels close to the map centre further down the page.

While being here, you might want to pay a visit to some of the following locations: Ungaran, Kendal, Demak, Temanggung and Kudus. To further explore this place, just scroll down and browse the available info. 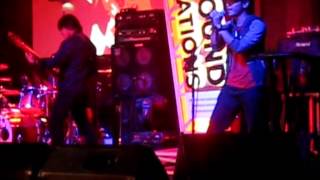 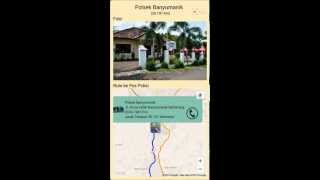 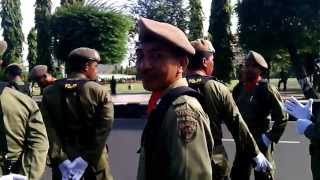 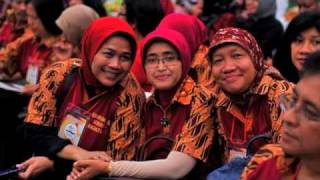 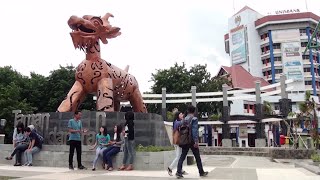 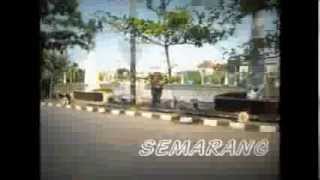 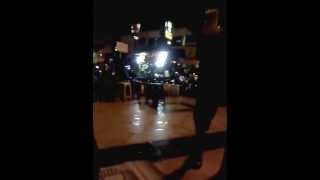 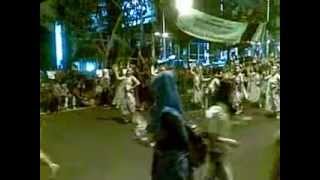 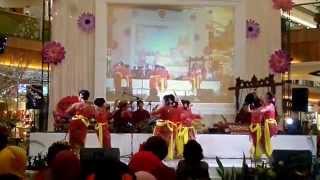 Semarang is a city on the north coast of the island of Java, Indonesia. It is the capital and largest city of the province of Central Java. It has an area of 305 km² and a population of approximately 1.5 million people, making it Indonesia's 9th most populous city. Greater Semarang (aka Kedungsapur) has a population of close to 5 million (see Greater Semarang section), and is located at {{#invoke:Coordinates|coord}}{{#coordinates:6|58|S|110|25|E||| | |name= }}.

Mall Ciputra (also known as Citraland or people just acronym it to CL) is the first modern mall in West Jakarta, before Mall Taman Anggrek.

Lawang Sewu is a landmark in Semarang, Central Java, Indonesia.

Sam Poo Kong (三保洞), also known as Gedung Batu Temple, is the oldest Chinese temple in Semarang, Central Java, Indonesia. Originally established by a Chinese Muslim explorer, it is now shared by Indonesians of multiple religious denominations, including Muslims and Buddhists, and ethnicities, including Chinese and Javanese. {{#invoke:Footnotes|sfn}}{{#invoke:Footnotes|sfn}}

Located at -6.99611, 110.399 (Lat. / Lng.), about 2 miles away.
Wikipedia Article
Temples in Indonesia, Landmarks in Indonesia, Buildings and structures in Semarang

The Immanuel Protestant Church of Western Indonesia (Gereja Protestan Indonesia Barat Immanuel), better known as Blenduk Church (Gereja Blenduk) is a Protestant church in Semarang, Central Java, Indonesia. Built in 1753, it is the oldest church in the province. {{#invoke:Footnotes|sfn}}

Located at -6.96813, 110.427 (Lat. / Lng.), about 2 miles away.
Wikipedia Article
Churches in Indonesia, Religious organizations established in the 1750s, Landmarks in Indonesia, Semarang, Buildings and structures in Semarang, Religious buildings completed in 1787

The Cathedral of the Virgin Mary, Queen of the Holy Rosary, also known as the Holy Rosary Cathedral or Randusari Cathedral, at Randusari, Semarang, Indonesia, is a Roman Catholic and the seat of the Archdiocese of Semarang. Finished in 1927, it became a parish church in 1930 and a cathedral in 1940, when Albertus Soegijapranata was made the first apostolic vicar of Semarang.

Giri Tunggal Heroes' Cemetery is a cemetery in Semarang, Central Java. It contains the graves of military personnel and other persons deemed heroes by the Indonesian government, including the National Hero Albertus Soegijapranata. As of 2011 it has 1,843 interments.

These are some bigger and more relevant cities in the wider vivinity of Semarang.