La Goulette in Gouvernorat de Tunis with it's 79,795 habitants is located in Tunisia a little east of Tunis, the country's capital town.

Current time in La Goulette is now 06:36 PM (Saturday). The local timezone is named Africa / Tunis with an UTC offset of one hour. We know of 9 airports close to La Goulette, of which two are larger airports. The closest airport in Tunisia is Tunis Carthage International Airport in a distance of 5 mi (or 8 km), North-West. Besides the airports, there are other travel options available (check left side).

There are several Unesco world heritage sites nearby. The closest heritage site in Tunisia is Archaeological Site of Carthage in a distance of 3 mi (or 4 km), North. If you need a hotel, we compiled a list of available hotels close to the map centre further down the page.

While being here, you might want to pay a visit to some of the following locations: Ben Arous, Ariana, Tunis, Manouba and Zaghouan. To further explore this place, just scroll down and browse the available info. 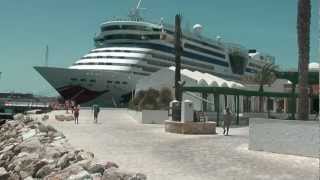 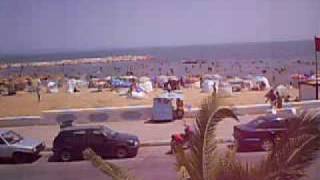 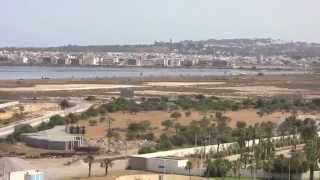 This film is taken around the Port of La Goulette on the Mediterranean coast of Tunisia. The film includes the surrounding rural land, mountains, Lac de Tunis, the Port infrastructure, passenger... 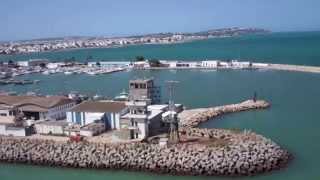 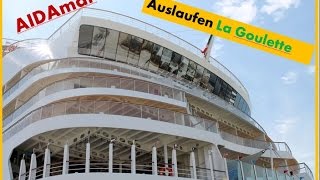 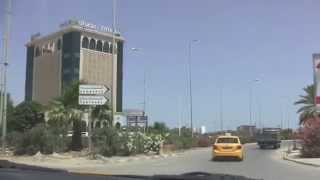 This short film depicts the 7km taxi journey from the Port of La Goulette to Carthage in Tunisia. The journey shows the brown scrubland and scattered urban developments en-route, along with... 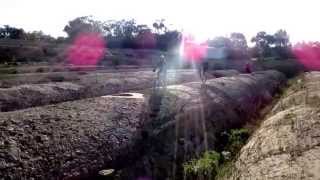 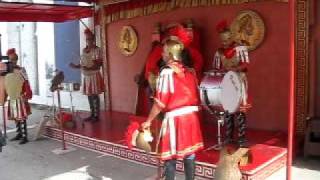 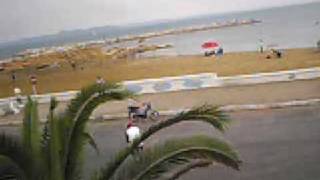 Action of 29 June, 1609 was an attack on Tunisian ships on 29 June 1609 by a combined fleet of 8 Spanish galleons and 3 smaller vessels, under leader Fajardo, and a French squadron of 3 vessels, under Beaulieu. The raid was made at the Goletta, northern Tunisia.

La Goulette is the port of Tunis, the capital of Tunisia. The Kasbah fortress was built in 1535 by Charles I of Spain but was captured by the Ottoman Turks in 1574. La Goulette is located at around {{#invoke:Coordinates|coord}}{{#coordinates:36|49|5|N|10|18|18|E| |primary |name= }}. The name derives from the "gullet", a channel where the city is located, not from the ship type schooner, called goélette, goleta or goletta in French, Spanish and Italian.

The Diocese of Abitinae is a Titular See in the Roman Catholic Church. The first Titular Bishop was appointed to this See on 10 June 1948. In Latin the diocese is known as Abitinensis.

The Tunis Sports City is an entire sports city currently being constructed in Tunis, Tunisia. The city that will consist of apartment buildings as well as several sports facilities will be built by the Bukhatir Group at a cost of $5 Billion (5.86 Billion Dinars). Construction began in 2008. after being approved by the former Tunisian President Zine El Abidine Ben Ali. The site is located in the Lac de Tunis area in the northern suburbs of the city.

Le Kram is a town and commune in the Tunis Governorate, Tunisia. Situated between La Goulette, the port of Tunis and Carthage, it opens onto the Gulf of Tunis to the east and Lake of Tunis to the west. As of 2004 it had a population of 58,152. Before 2001, Le Kram was a municipal district within the municipality bordering La Goulette. Aga El Kram is the original name of the city that is in Frenchified "Le Kram".

These are some bigger and more relevant cities in the wider vivinity of La Goulette.