Current time in Varanasi is now 06:00 PM (Wednesday). The local timezone is named Asia / Kolkata with an UTC offset of 5.5 hours. We know of 8 airports close to Varanasi. The closest airport in India is Lal Bahadur Shastri Airport in a distance of 13 mi (or 21 km), North-West. Besides the airports, there are other travel options available (check left side).

While being here, you might want to pay a visit to some of the following locations: Patna, Siddharthanagar, Lucknow, Pyuthan and Ranchi. To further explore this place, just scroll down and browse the available info. 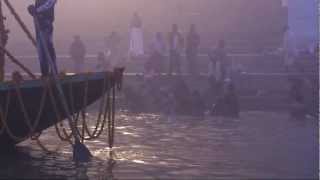 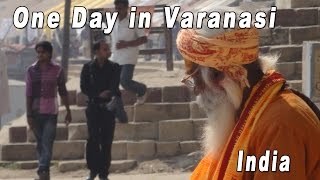 One Day in VARANASI वाराणसी

インド、聖地バラナシのとある一日。。。 I hope you watch my another india videos. https://www.youtube.com/playlist?list=PLIPvyCI0XsKrwQkAdPabIhe4b4OsOuBJR. 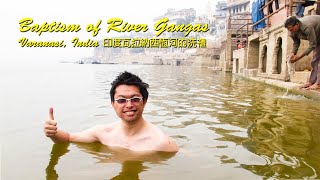 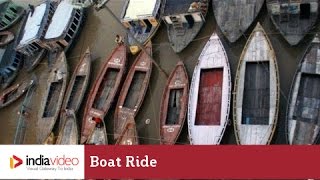 Morning boat ride on the Ganges across the ghats of Varanasi is one of the popular tourist attractions here. For more click here:- http://www.indiavideo.org/uttarpradesh/travel/boat-ride-ghat-varan... 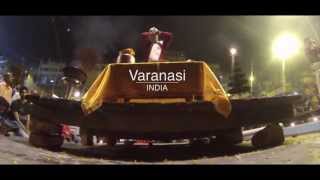 A sneak peak to one of the most vibrant city in India, Varanasi. 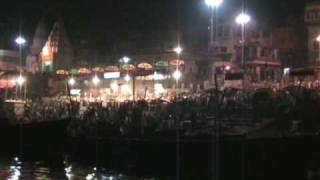 A boat trip for evening pooja on the ghats along the River Ganges in Varanasi, India. 20 March 2009. 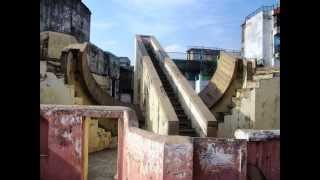 Man Mandir Observatory is located at Man Mandir Ghat on the banks of River Ganga, much above the high water level next to the Dashashwamedha Ghat and adjoining the palace of Raja Jai Singh... 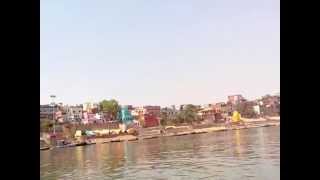 kashi 84 ghat (chaurasighat) Darshan form a boat sailing in river ganga. A guide is telling about all these ghat history and story related to the ghat. 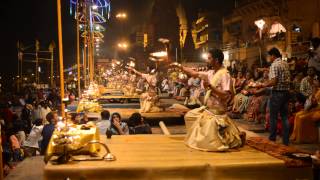 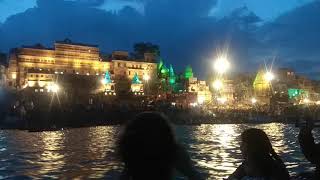 Ramnagar is a town, tehsil and a nagar panchayat in Barabanki District in the Indian state of Uttar Pradesh.

Varanasi Junction, popularly known as Varanasi Cantt Railway Station is the major rail hub in the Indian state of Uttar Pradesh. It is one of the busiest railway stations in India.

Malviya Bridge, inaugurated in 1887 (originally called The Dufferin Bridge) is a double decker bridge over the Ganges at Varanasi. It carries rail track on lower deck and road on the upper deck. It is one of the major bridges on the Ganges and carries the Grand Trunk Road across the river. It has 7 spans of 350 ft and 9 spans of 110 ft long and it was the first bridge of its type constructed in the Indian sub-continent by the engineers of Oudh and Rohilkhand Railway Company (O&R Railway).

Gyanvapi Mosque or Alamgiri Mosque (Hindi: ज्ञानवापी मस्जिद "The Well of Knowledge") is a mosque built by Mughal Emperor Aurangzeb. Its name is Alamgiri Mosque but is popularly known as Gyanvapi Mosque. It is located north of Dashaswamedh Ghat, near Lalita Ghat along the river Ganges in Varanasi

Located at 25.3112, 83.0105 (Lat. / Lng.), about 0 miles away.
Wikipedia Article
Conversion of non-Muslim places of worship into mosques, Mughal architecture, Mosques in India, Visitor attractions in Varanasi, Islamic rule in the Indian subcontinent

Manduadih railway station is situated in Manduadih region of Varanasi. It is one of the main station in Varanasi other being Varanasi Junction. Originating station of many trains.

These are some bigger and more relevant cities in the wider vivinity of Varanasi.