New Amsterdam in East Berbice-Corentyne Region with it's 35,039 citizens is a city in Guyana about 58 mi (or 94 km) south-east of Georgetown, the country's capital city.

Local time in New Amsterdam is now 08:13 PM (Wednesday). The local timezone is named America / Guyana with an UTC offset of -4 hours. We know of 8 airports in the vicinity of New Amsterdam. The closest airport in Guyana is New Amsterdam Airport in a distance of 0 mi (or 0 km), North. Besides the airports, there are other travel options available (check left side).

When in this area, you might want to pay a visit to some of the following locations: Fort Wellington, Nieuw Nickerie, Linden, Georgetown and Vreed-en-Hoop. To further explore this place, just scroll down and browse the available info. 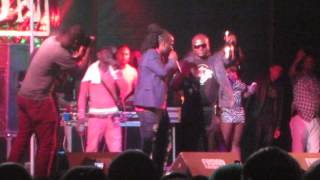 i octane in guyana (buxton) on manu birthday party. april 2013 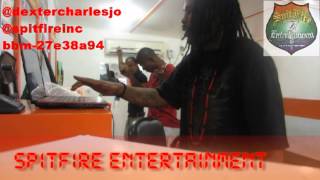 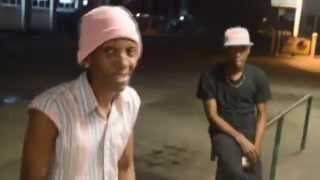 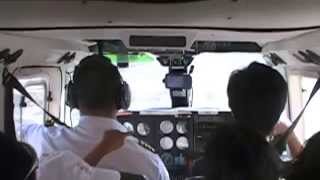 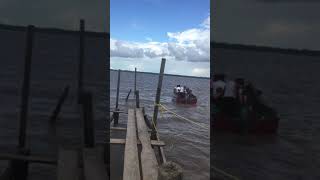 Back track to Suriname ,from Guyana..

Back track to Suriname. 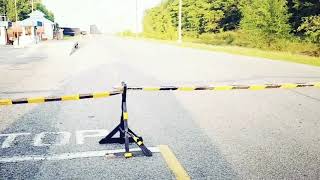 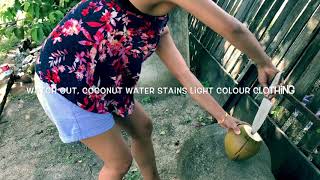 Hey guys I decided to do this short video for those like me who didn't know that you can use a (sharp) knife to cut open a coconut! I love coconut water and ...

The Berbice River, located in eastern Guyana, rises in the highlands of the Rupununi region. The Berbice flows northward for 370 miles (595 km) through dense forests to the coastal plain. The river's tidal limit is between 160 and 320 km from the sea. The town of New Amsterdam is situated on the river’s east bank, approximately four miles inside the river’s estuary, where it enters the Atlantic Ocean. A new bridge over the river joins New Amsterdam to Rosignol.

The Canje River, located in northeastern Guyana, is the main tributary of the Berbice River. It runs roughly parallel to the Atlantic Ocean coast. The Dutch established an outpost, Concordia Post, on the river. In 1763 a slave revolt began on two plantations on the Canje River. The Canje River supplies water to the Guyana Sugar Corporation's Skeldon Estate (c. 12,000 acres); Albion Estate (20,000 acres); and Rose Hall Estate (12,000 to 14,000 acres).

Berbice High School is a school in New Amsterdam, Guyana. The Boys' School was established on 5 September 1916, on the ground floor of the residence occupied by Rev. J. A. Scrimgeour, BA. Mr. C. A. Pugsley was the school's first Headmaster. Nine pupils were enrolled on the founding day.

Crab Island is an island located in the mouth of the Berbice River in Guyana, located at {{#invoke:Coordinates|coord}}{{#coordinates:6.283|-57.517||||||| | |name= }}. Crab Island is so named due to the presence of numerous crabs there, and is approximately one mile in circumference. Before the British took over Berbice in 1815, the Dutch had a fort here called St. Andries.

The Berbice Bridge is a pontoon bridge over the Berbice River near New Amsterdam in Guyana. The bridge is tolled and was opened on 23 December 2008. With the completion of the Berbice Bridge, and the earlier completion of the Coppename Bridge in Suriname in 1999, the Courantyne River is the only river between the Guyanese capital of Georgetown and the Surinamese capital of Paramaribo still left without a bridge.

These districts belong to New Amsterdam.

These are some bigger and more relevant cities in the wider vivinity of New Amsterdam.